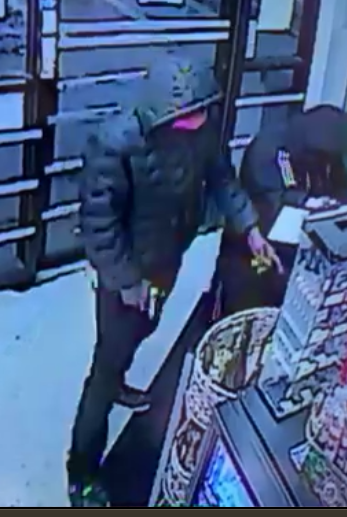 PORTSMOUTH, Va. – Detectives with the Portsmouth Police Department Major Crimes Unit are continuing their investigation into the robbery of a local convenience store.

On Monday, January 13, 2020, at approximately 11:10 p.m., dispatch received a 911 call in reference to an armed robbery that had just occurred at the Tinee Giant on Airline Boulevard.

Officers who arrived on scene learned that the suspects entered the business, displayed firearms and demanded money from an employee. The employee complied with the suspects’ demands and they fled the business on foot.

The first suspect is described as a black male standing between 6 feet and 6 feet 2 inches tall and weighing approximately 195 pounds. He was last seen wearing a black hooded jacket, black pants, black shoes and a red covering over his face to conceal his identity.

The second suspect is described as a black male standing between 5 feet 4 inches and 5 feet 6 inches tall. He was last seen wearing a black jacket, black sweatpants with a red stripe going down the leg and white and black tennis shoes. He had a black covering over his face to conceal his identity.

If you or someone you know can identify these men or have any information in this case, please call the Crime Line at 1-888-LOCK-U-UP.