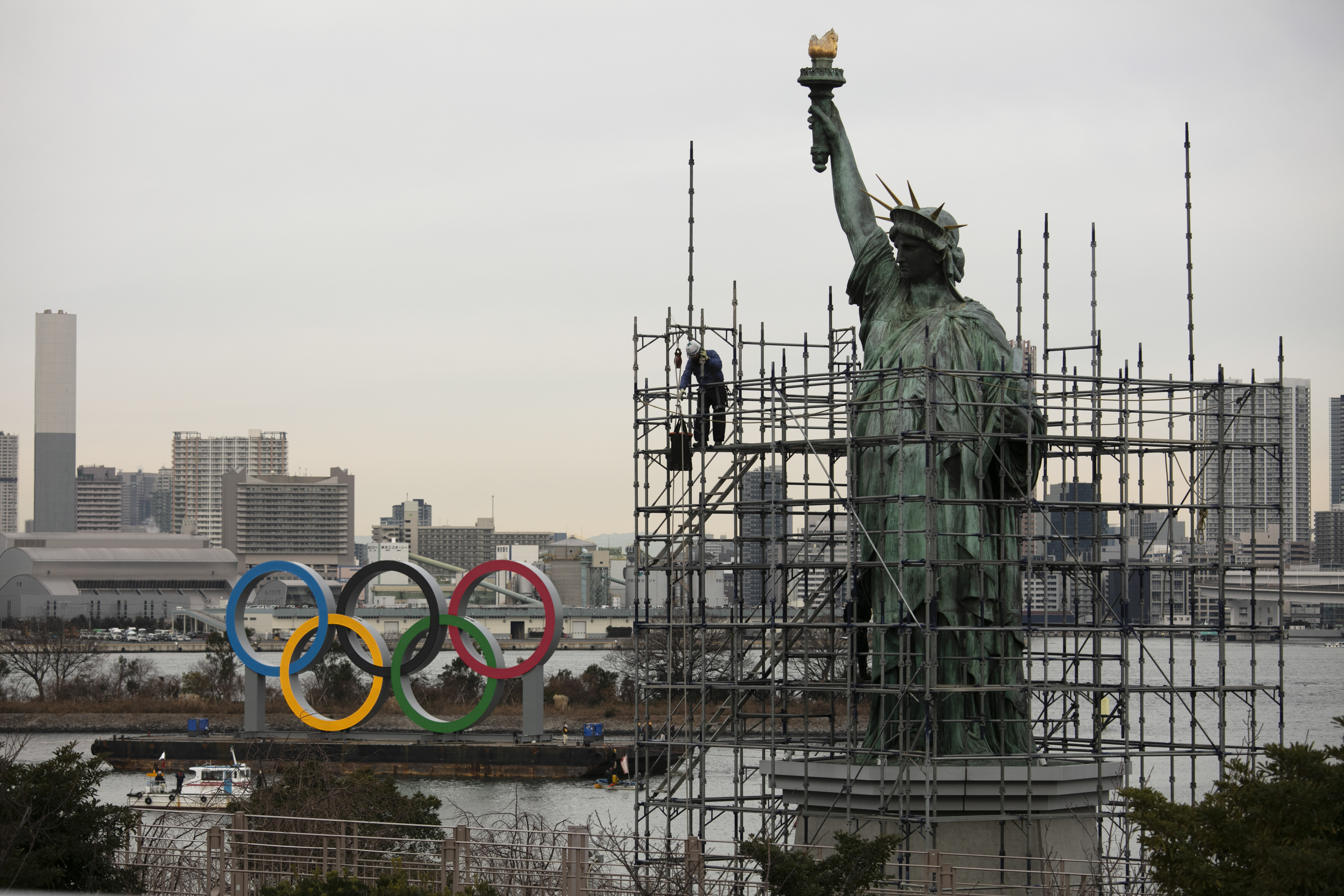 The Olympic rings have arrived in Tokyo, according to the Associated Press.

They sailed into Tokyo Bay on a barge and will stay there until the Olympics open on July 24 and close on August 9. They’ll be replaced after that by the symbol for the Paralympic Games, which open on August 25.

The location in Tokyo Bay is called the Odaiba Marine Park, which is the venue for triathlon and distance swimming.