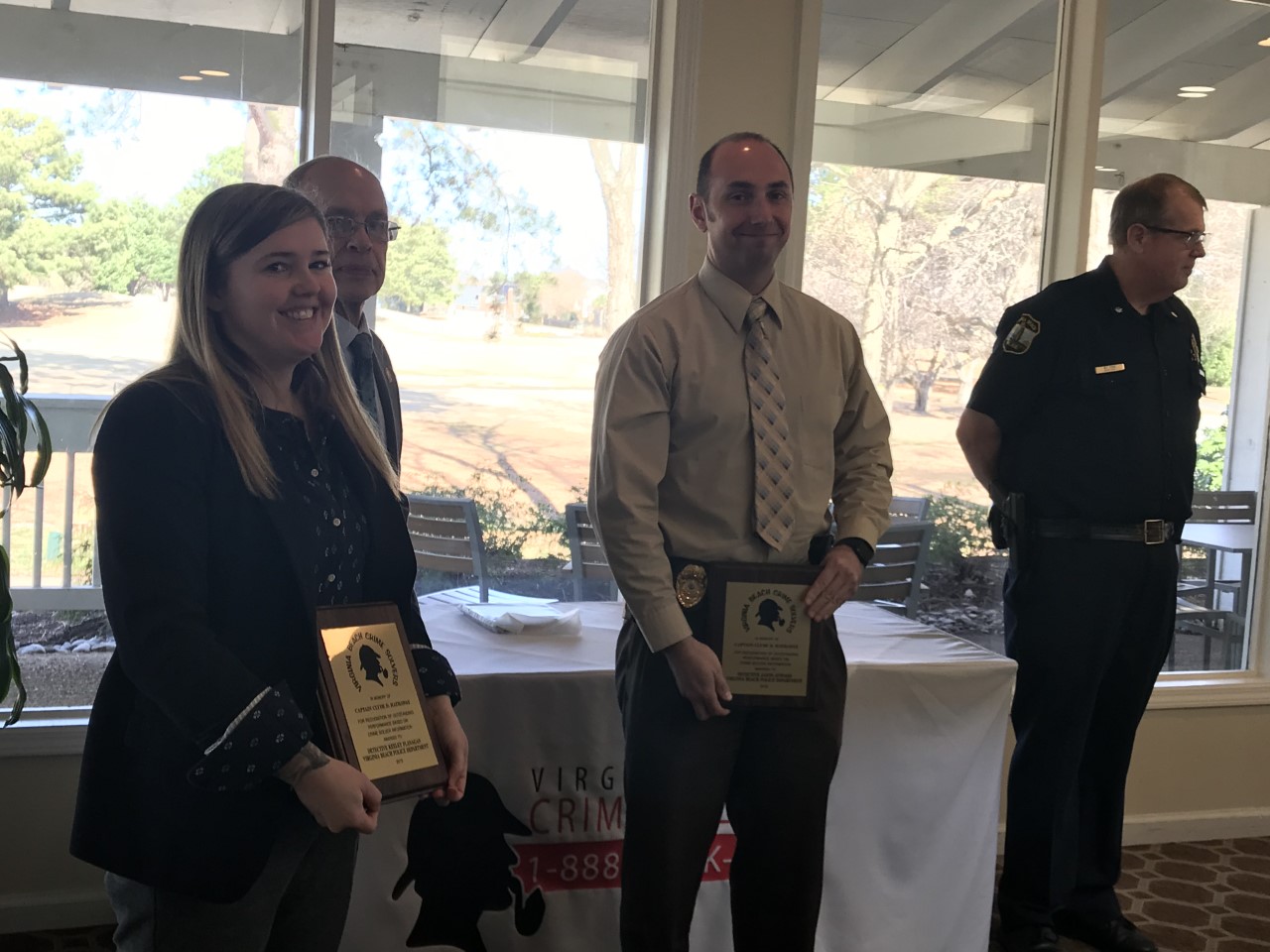 VIRGINIA BEACH, Va. – The Virginia Beach Crime Solvers program held its annual luncheon Friday to honor the work of police, prosecutors and citizens in the fight against crime.

Four awards were presented by the board.   The Clyde D. Hathaway Memorial Award is given to a police officer or officers for their work in using a Crime Solvers tip in a case.

This year it was awarded to Detectives Keeley Flanagan and Jason Atwood.

They provided the media with surveillance video from two bank robberies that occurred in July of 2019.  That generated a number of tips and ultimately led to the arrests of two suspects.

The Charles R. Wall award, which goes to a School Resource Officer, was presented to Master Police Officer Peter Mantoni.

After investigating a tip received from a student, he was able to prevent another student from bringing a gun to school.

The Henry McDonald Award, presented to a Crime Solvers board member, went to Mike Carey for the work he’s done with the program over the past year.

News 3’s Erica Greenway served as emcee for the luncheon.

Virginia Beach Crime Solvers offers rewards of up to $1,000 for information about crimes or wanted suspects.

The program was established in 1982 and relies on public donations to pay out tip money.