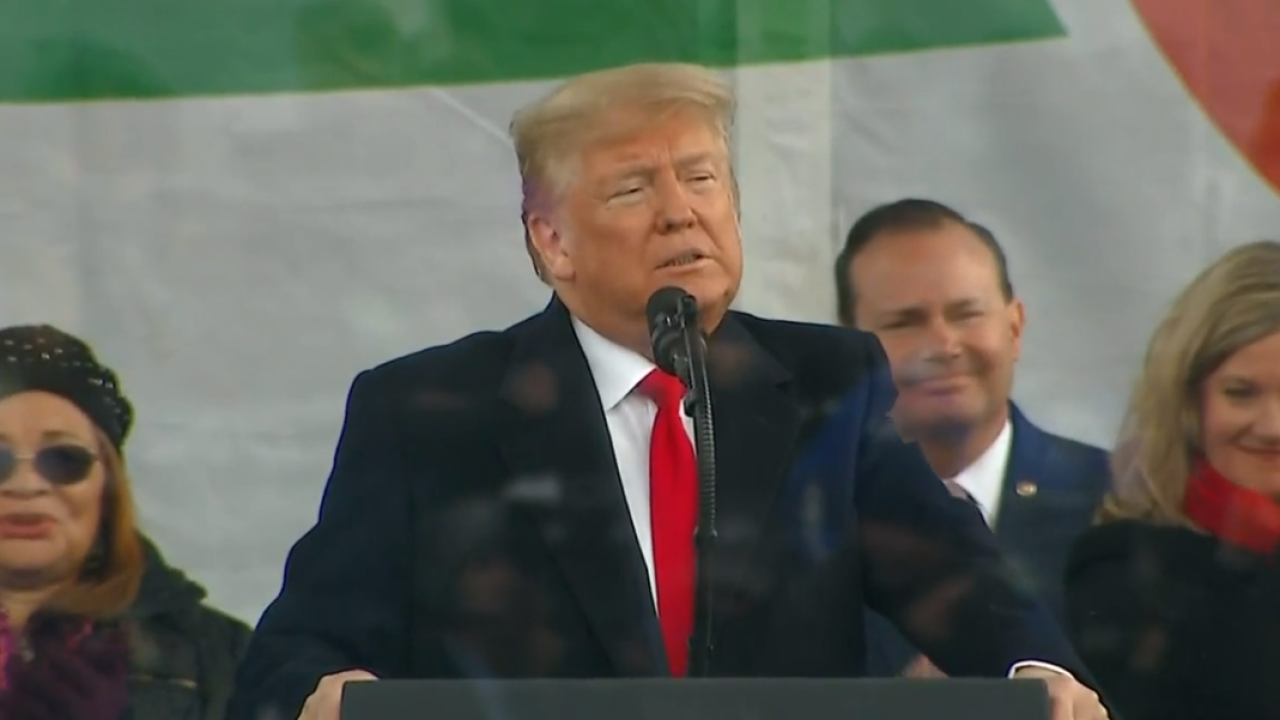 President Donald Trump became the first president to attend the annual March for Life Rally in Washington, D.C., on Friday.

Trump has made it a priority to embrace social conservatives, particularly on the issue of abortion.

He has sent members of his administration to speak at the march and has spoken via a video link.

He spoke to cheering crowds on Friday.

“See you on Friday … Big Crowd!” Trump tweeted Wednesday as he returned to the White House after a trip to Switzerland.