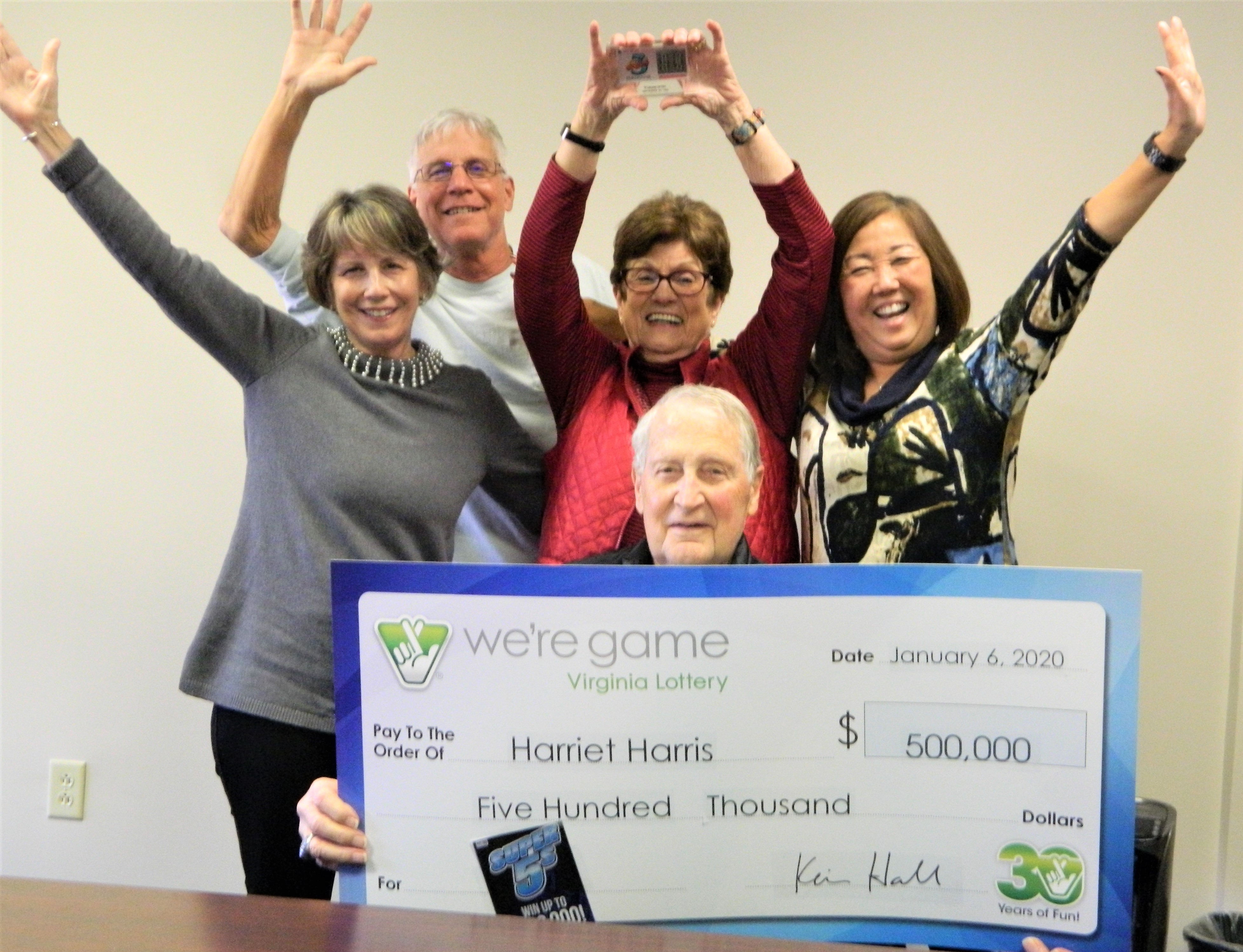 WILLIAMSBURG, Va. – A Williamsburg woman is $500,000 richer after receiving a winning Virginia Lottery Scratcher ticket in her Christmas stocking.

According to the Virginia Lottery, Harriet Harris’ nephew gifted her the ticket.

“He put them in everyone’s stockings,” she said. “Mine was the lucky one.”

Harris won the game’s top prize, and claimed her winnings a few weeks after Christmas. She told Virginia Lottery staff that it still hasn’t sunk in for her yet.

The winning ticket was bought at Lightfoot I-64 Pit Stop in Lightfoot.