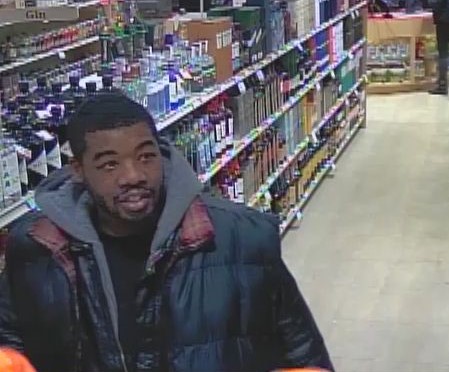 On December 27, 2019 at around noon, records say two males entered the Virginia ABC store located in the 5900 block of Harbour View Boulevard and stole two half gallons of Ciroc Vodka and one 750 milliliter bottle of Avion Tequila.

They were both described as in their late 30’s or early 40’s, heavyset, and between 5’7” and 5’10”. One subject was wearing a red and white checkered vest on top of a long sleeved black jacket with blue jeans and blue and white shoes. The other subject was wearing a black coat, blue jeans, a gray beanie, and had a full beard. The subjects were seen fleeing the location in a silver Ford Focus.

On January 3, 2020 at around 7:45 p.m., records say a male entered the Virginia ABC store located in the 3500 block of Bridge Road and stole a bottle of Patron Tequila. He was described as wearing dark colored overalls with a patch on the left arm and a black beanie. He was seen fleeing the location in a silver colored Honda.

On January 9, 2020 at around 10:24 a.m., records say two males entered the Virginia ABC store located in the 5900 block of Harbour View Boulevard and stole one bottle of D’usse Cognac, one bottle of Hennessy Cognac, and two bottles of Patron Tequila. The heavyset male is also a suspect in a theft from a Virginia ABC store in Portsmouth. The subjects were seen fleeing the location in a gray SUV.

If anyone can identify the subjects or has further information, please contact Suffolk Police or Suffolk Crime Line.