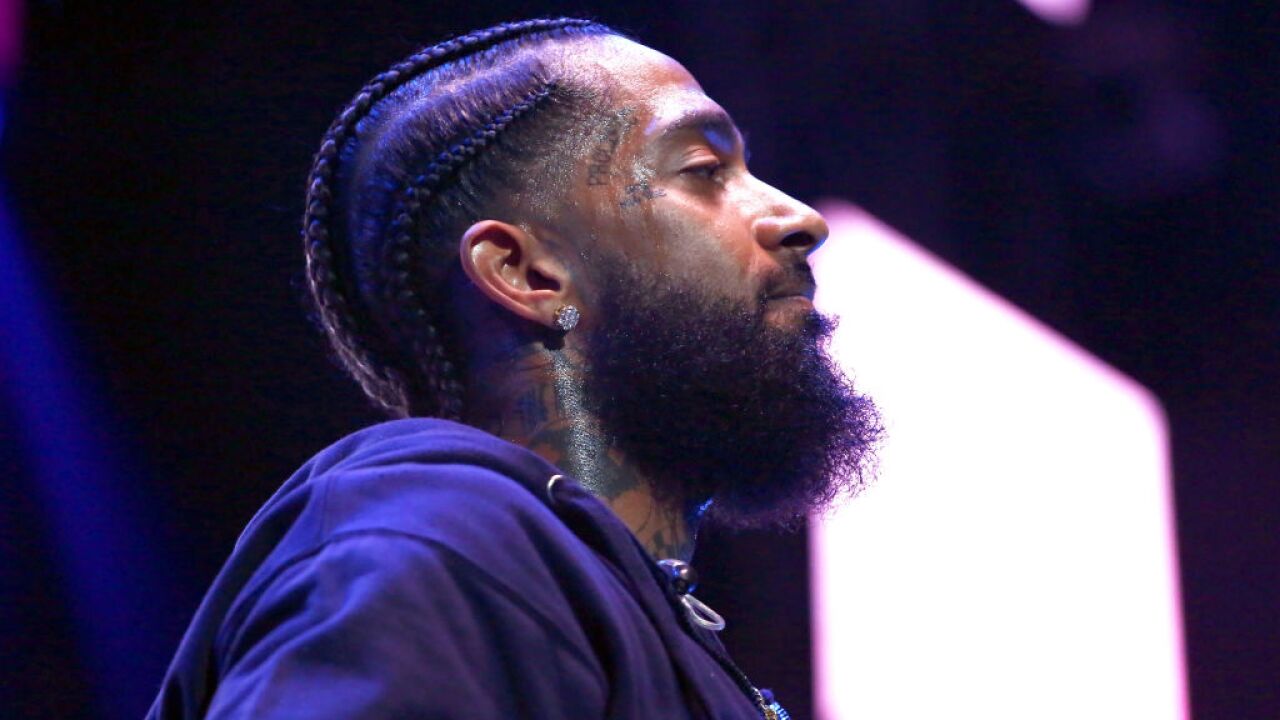 Lauren London, from left, Margaret Boutte, and Samantha Smith accept the award for best rap performance for “Racks in the Middle” on behalf of Nipsey Hussle at the 62nd annual Grammy Awards on Sunday, Jan. 26, 2020, in Los Angeles. (Photo by Matt Sayles/Invision/AP)

Lauren London, Hussle’s partner and the mother of his child, accepted the award with several members of Hussle’s family.

London called Hussle “a phenomenal vessel” who “did it not just for the awards, but for the people.”

Less than two months later, he was shot and killed at age 33 as he stood outside his clothing store.

The award comes on a day when Los Angeles is mourning another local hero, former NBA star Kobe Bryant, who died in a helicopter crash Sunday at age 41.