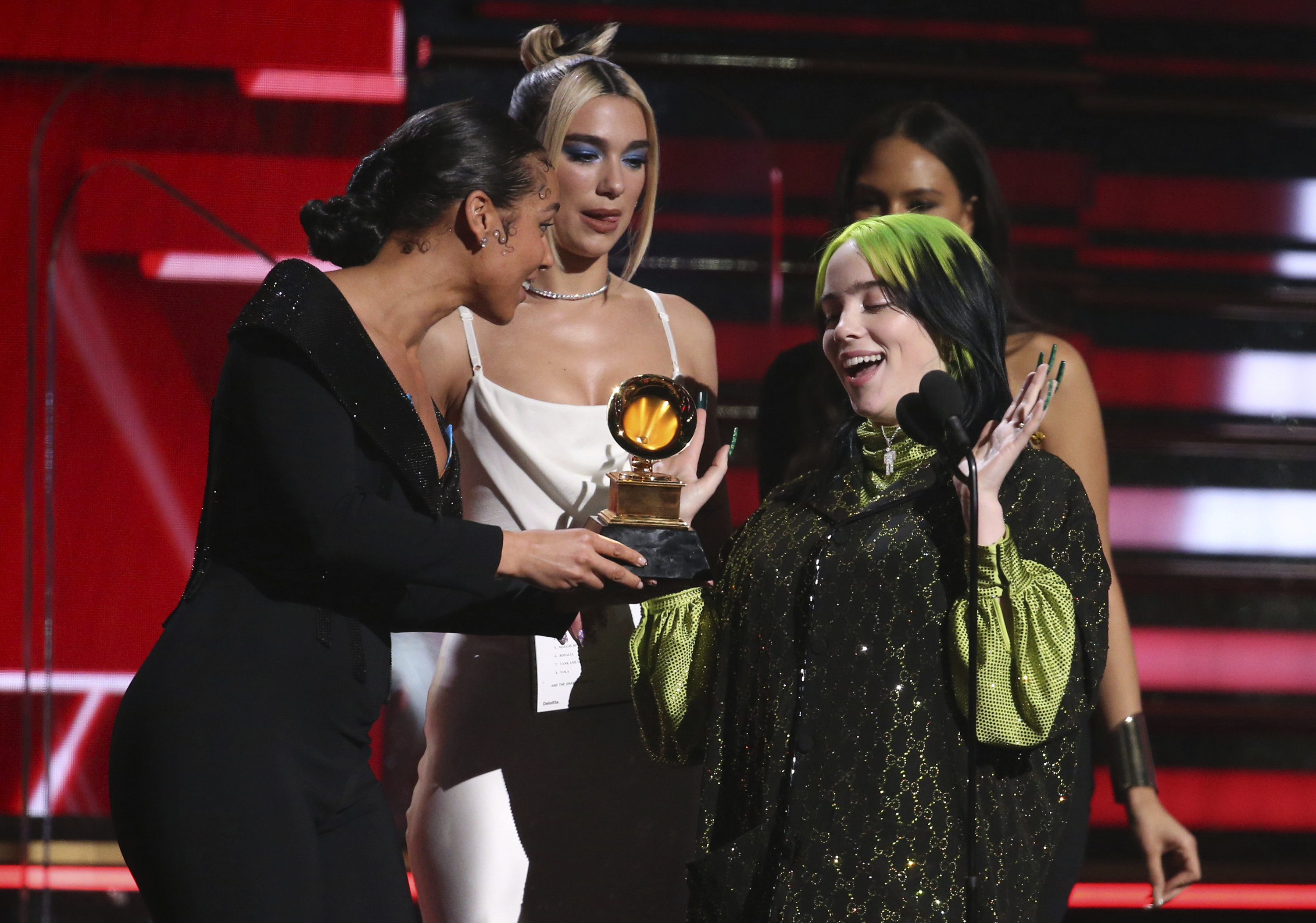 LOS ANGELES – Music’s biggest night turned out to be a big one for Billie Eilish.

The 62nd annual GRAMMY Awards took place at the Staples Center in Los Angeles Sunday night, and the 18-year-old singer swept in the top 4 categories – Album of the Year, Song of the Year, Record of the Year and Best New Artist. Eilish made history as being the youngest artist to be nominated in all four.

Fellow multi-nominees Lizzo and Lil Nas X also took home some gold: Lizzo won in three out of the four categories in which she was nominated, and Lil Nas X won two out of the six awards he was up for.

While the winners had much to celebrate, there was also somewhat of a somber tone to the ceremony. Hours earlier, retired NBA legend Kobe Bryant tragically died in a helicopter crash in Calabasas. Seven other people, including his 13-year-old daughter, Gianna, also died.

A number of tributes to Bryant came throughout the night, with second-time host Alicia Keys acknowledging how much Bryant loved music and encouraging the crowd to keep the show a celebration in his honor.

The late rapper Nipsey Hussle, who was killed outside his clothing store in Los Angeles in March 2019, was posthumously awarded for all three categories in which he was nominated.

Check out some of the night’s biggest winners below:

“When We All Fall Asleep, Where Do We Go?” — Billie Eilish

“The Lion King: The Gift” by Beyoncé

“When We All Fall Asleep, Where Do We Go?” by Billie Eilish

“thank u, next” by Ariana Grande

“No. 6 Collaborations Project” by Ed Sheeran

“Revenge of the Dreamers III” by Dreamville

“IGOR” by Tyler, The Creator

“The Lost Boy” by YBN Cordae

“I Don’t Remember Me (Before You)” by Brothers Osborne

“The Daughters” by Little Big Town