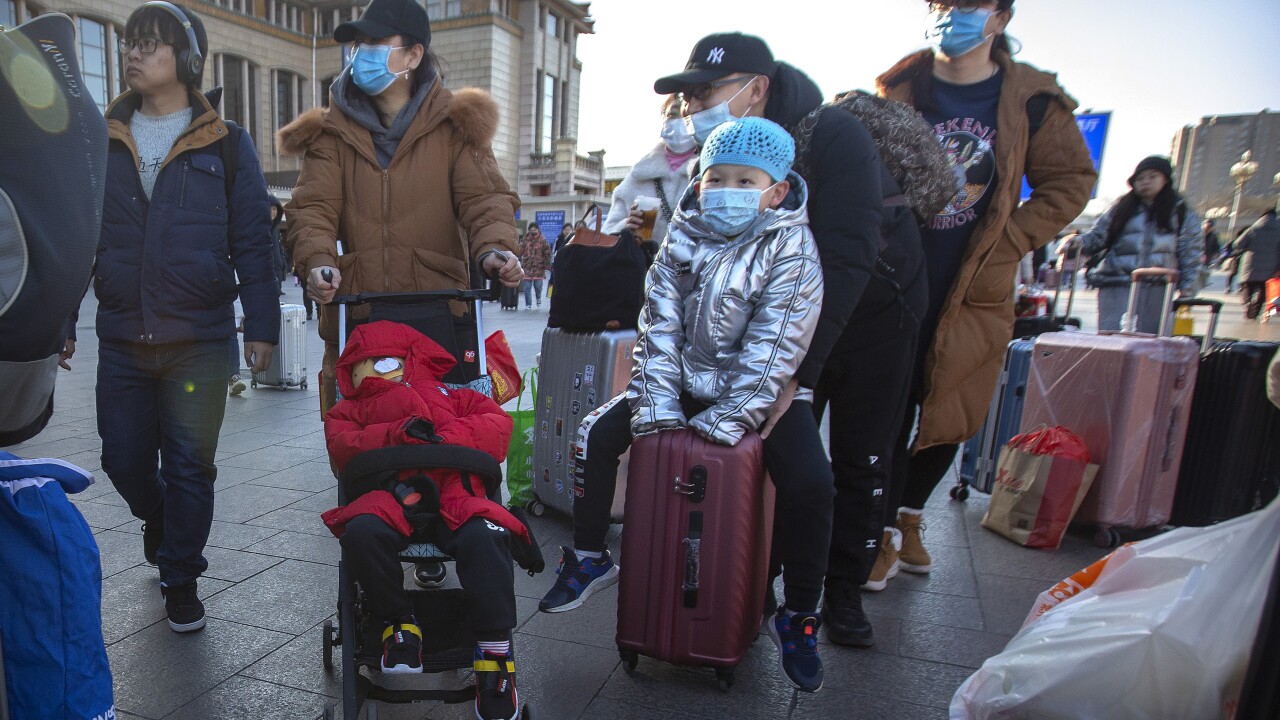 Travelers wear face masks as they walk outside of the Beijing Railway Station in Beijing, Monday, Jan. 20, 2020. China reported Monday a sharp rise in the number of people infected with a new coronavirus, including the first cases in the capital. The outbreak coincides with the country’s busiest travel period, as millions board trains and planes for the Lunar New Year holidays. (AP Photo/Mark Schiefelbein)

WUHAN, China – The death toll from the 2019 novel coronavirus has exceeded 100 in China as the number of infections in the country skyrockets.

Travelers wear face masks as they walk outside of the Beijing Railway Station in Beijing, Monday, Jan. 20, 2020.  (AP Photo/Mark Schiefelbein)

Chinese authorities announced Tuesday that at least 106 people have now died from the new virus, up from 81 on Monday, and the number of confirmed cases has increased to 4,515, up from 2,835, The New York times and Associated Press report.

Most of the cases have been confirmed in the central province of Hubei, where Wuhan is located. The city is believed to be the epicenter of the outbreak that has now reached several countries around the world, including the United States.

As of Monday, the Centers for Disease Control (CDC) had confirmed five cases of the new virus in the U.S., in Washington state, Illinois, California, and Arizona. All recently returned from Wuhan. Officials believe the number of U.S. cases is expected to grow in the coming days.

“While it’s possible that some person-to-person spread with this virus may be detected in the United States, the goal of the ongoing U.S. public health response is to contain this outbreak and prevent sustained spread in this country,” wrote the CDC.

Also on Monday, the CDC issued an updated travel advisory, recommending that travelers avoid all nonessential travel to China. Before, the agency has just recommended not visiting the Hubei province.

The CDC says the immediate health risk from the virus to the general American public is considered low at this time. During a press conference Tuesday, Alex Azar, the U.S. Health and Human Services Secretary, said it’s unnecessary for Americans to go out and buy a mask to protect themselves.

However, risk is dependent on exposure and some people will have greater risk of infection, for example, healthcare workers caring for 2019-nCoV patients and other close contacts.

Click here for our full coverage on the coronoavirus outbreak.