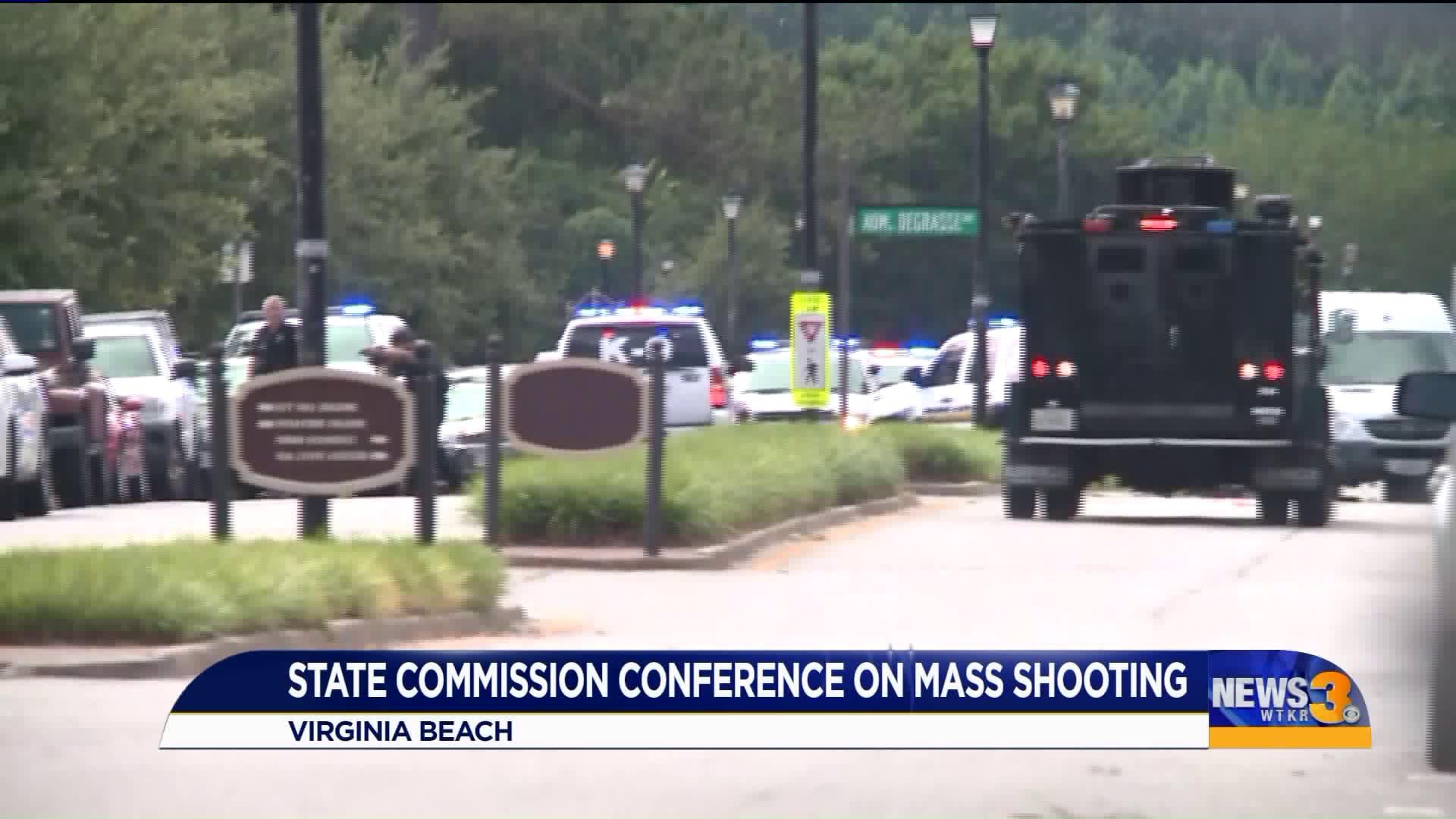 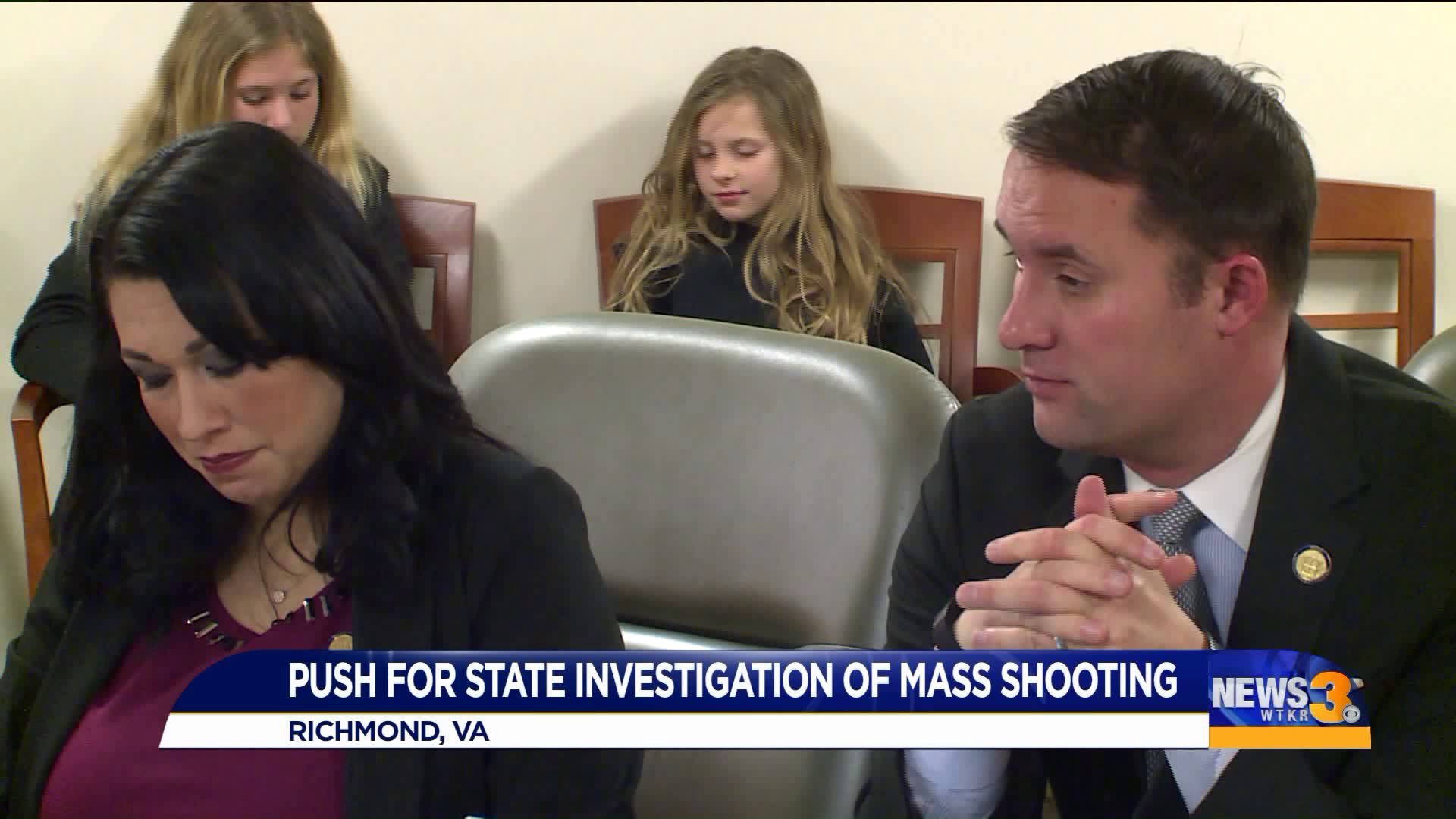 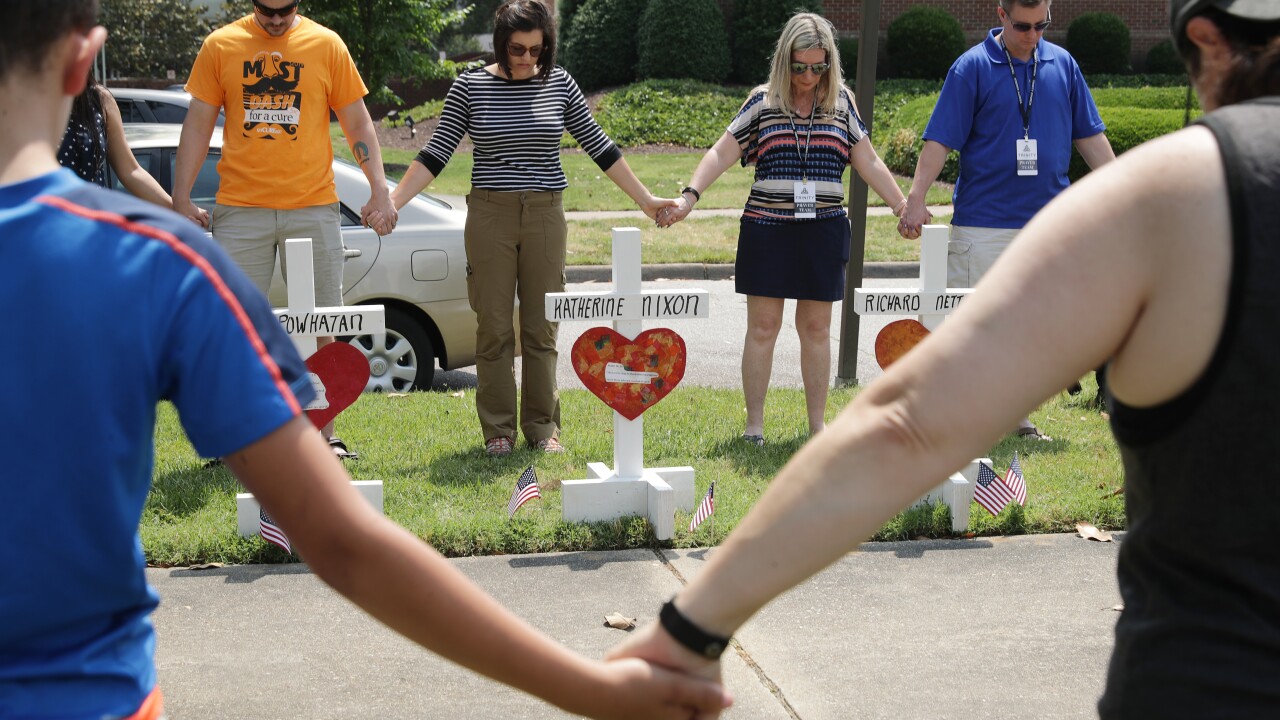 RICHMOND, Va. - A press conference was held Tuesday in Richmond about the state commission investigating the Virginia Beach mass shooting.

"This is a tragic event that left a huge hole of unknowns that deserves to be filled," said Delegate Kelly Convirs-Fowler.

<p class="wp-caption-text" id="caption-attachment-723401">VIRGINIA BEACH, VIRGINIA - JUNE 02: People hold hands and pray together at a makeshift memorial for the 12 victims of a mass shooting at the Municipal Center June 02, 2019 in Virginia Beach, Virginia.  (Photo by Chip Somodevilla/Getty Images)

Delegates Jason Miyares, a Republican who represents Virginia’s 82nd District, and Kelly Convirs-Fowler, a Democrat who represents the 21st District, introduced  HB 658, which would establish an independent commission to investigate the May 31, 2019, mass shooting. The state commission would have subpoena power, something the independent probe did not.

"What you are seeing before you today is a crisis of confidence," said Miyares.

"We don't want our loved ones to die in vain," said Alexis Nixon, mother of Jason Nixon.

Jason lost his wife, Kate, in the mass shooting.

"We have been promised answers, but the city and detectives don't even contact us. This is not rocket science what we are looking for," said Sonja Snellings, wife of Bert Snellings, who died in the tragedy.

On Tuesday, the delegates said the city has been releasing conflicting stories and constantly changing their timeline of events. The delegates also said it is disturbing that Hillard Heintz, the Chicago-based firm that conducted the independent probe, didn't have access to the gunman's computer.

"We are running out of confidence and trust," said Jason Nixon.

The commission is charged with investigating the underlying motive for the May 31 mass shooting, investigating the gunman's entire prior employment history with the City of Virginia Beach and his interactions with coworkers and supervisors.

The investigation is also supposed to determine how the gunman was able to carry out his actions, identifying any obstacles confronted by first responders, identifying and examining the security procedures and protocols in place immediately prior to the shootings.

"Ultimately, this would develop recommendations regarding important changes that can can be made in the Commonwealth's laws, policies, procedures, systems and institutions and governmental agencies," said Fowler.

The House of Delegates will vote on the bill later this week. If it eventually makes it way through the General Assembly, the commission would start in July.