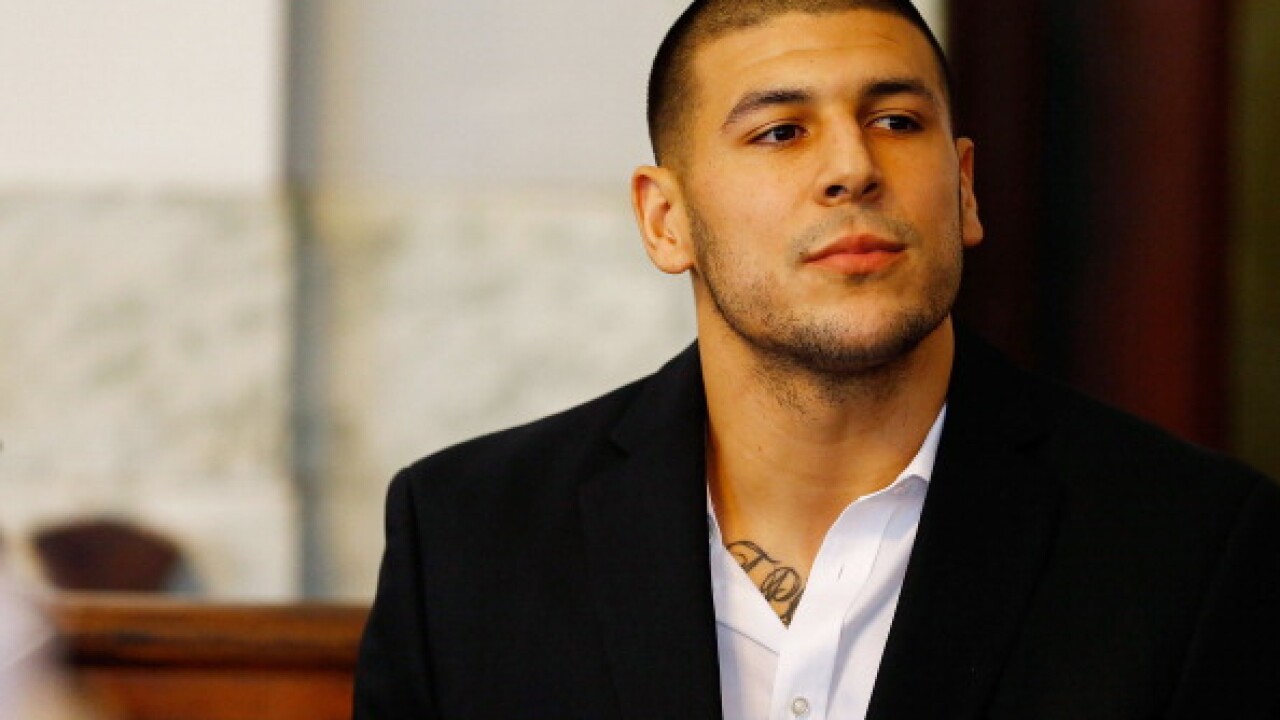 NORTH ATTLEBORO, MA – AUGUST 22: Aaron Hernandez sits in the courtroom of the Attleboro District Court during his hearing on August 22, 2013 in North Attleboro, Massachusetts. Former New England Patriot Aaron Hernandez has been indicted on a first-degree murder charge for the death of Odin Lloyd. (Photo by Jared Wickerham/Getty Images)

BOSTON – The fiancee of former NFL star Aaron Hernandez spoke publicly for the first time since the release of a documentary series examining his life more than two years after he killed himself in his prison cell.

Hernandez’s fiancee, Shayanna Jenkins, said in an interview with “Good Morning America” on Wednesday morning that she had been unaware the late New England Patriots tight end was bisexual.

Jenkins said she “would not have loved him differently” if he had told her.

Jenkins said she was offered compensation to be interviewed by the producers of the Netflix documentary but declined and was not interviewed.