CHESAPEAKE, Va. - Police are conducting a homicide investigation after a man was shot and killed on Tuesday.

Around 2:46 a.m., police responded to the 200 block of Woodford Drive in regards to a victim who had been shot.

When police arrived on scene, they spoke with a male suspect and immediately began first aid on the victim, identified as 26-year-old Jonathan Cason of Chesapeake.

Medics arrived on scene and immediately rendered aid; however, the victim was unable to be resuscitated and died on scene.

Officials say that Cason confronted the suspect in the front of his residence. Both males got into a physical altercation and as a result Cason was shot, according to police.

News 3 spoke with Cason's friends, who are devastated by his death. They said he was an exceptional person who would do anything for those around him.

Victoria Thornton said she has known him since second grade. She said he is like family.

"We are all just heartbroken, completely. This is completely devastating. Jon was a great person. You could call him at 6 a.m. or 12 a.m., he would be there for you. He would answer the phone, do anything. He could to make you smile," said Thornton.

She said he worked as a welder and grew up in the Chesapeake area.

Police said the suspect was released from custody and is currently not criminally charged.

The incident remains under investigation, and no further information is available at this time. 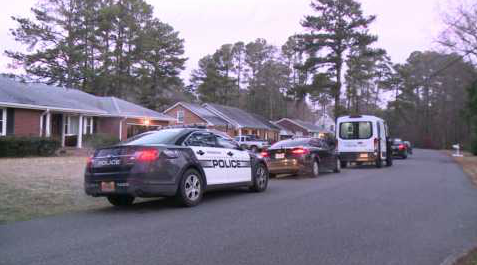