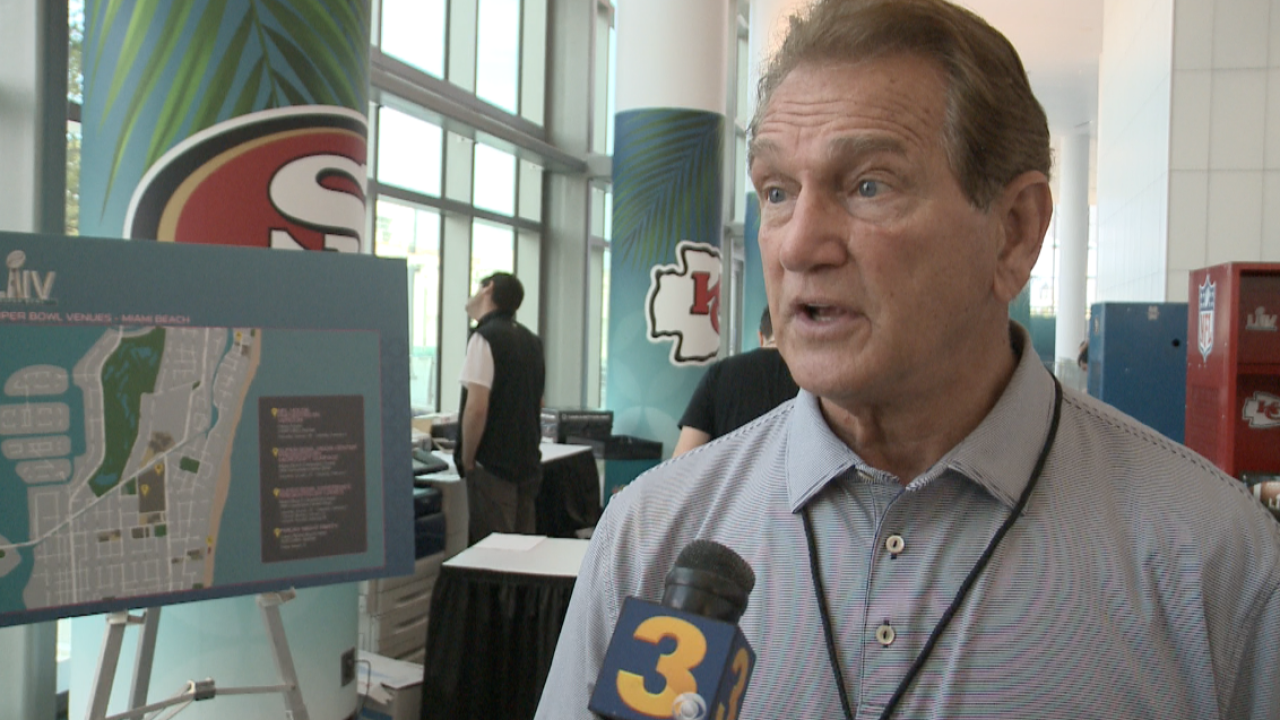 Seven coaches on the staff of the NFC Champion San Francisco 49ers, including head coach Kyle Shanahan, once worked for the 'Skins.

However, that regime is long gone. Earlier this year, Washington hired Ron Rivera - its third head coach in four months. Also, the Redskins recently fired longtime executive Bruce Allen - who did nothing but lose in his decade in D.C.

37 years ago Thursday, the Redskins were winners. January 30, 1983, Washington won Super Bowl XXVI. Joe Theismann was the quarterback of that team.

During his visit to South Florida, Theismann told News 3 it was time for the Redskins to clean house.

"There's an excitement, an electricity - there's a wonderful newness," the former Redskins quarterback said of the franchise's recent changes. "It got stale. It got old, and the fans got tired of it to be perfectly honest with you - and with every reason. We didn't play well. There were glaring mistakes week-in and week-out."

New Redskins head coach Ron Rivera did some house cleaning of his own, as only two Washington assistant coaches from last season have been retained for next season.