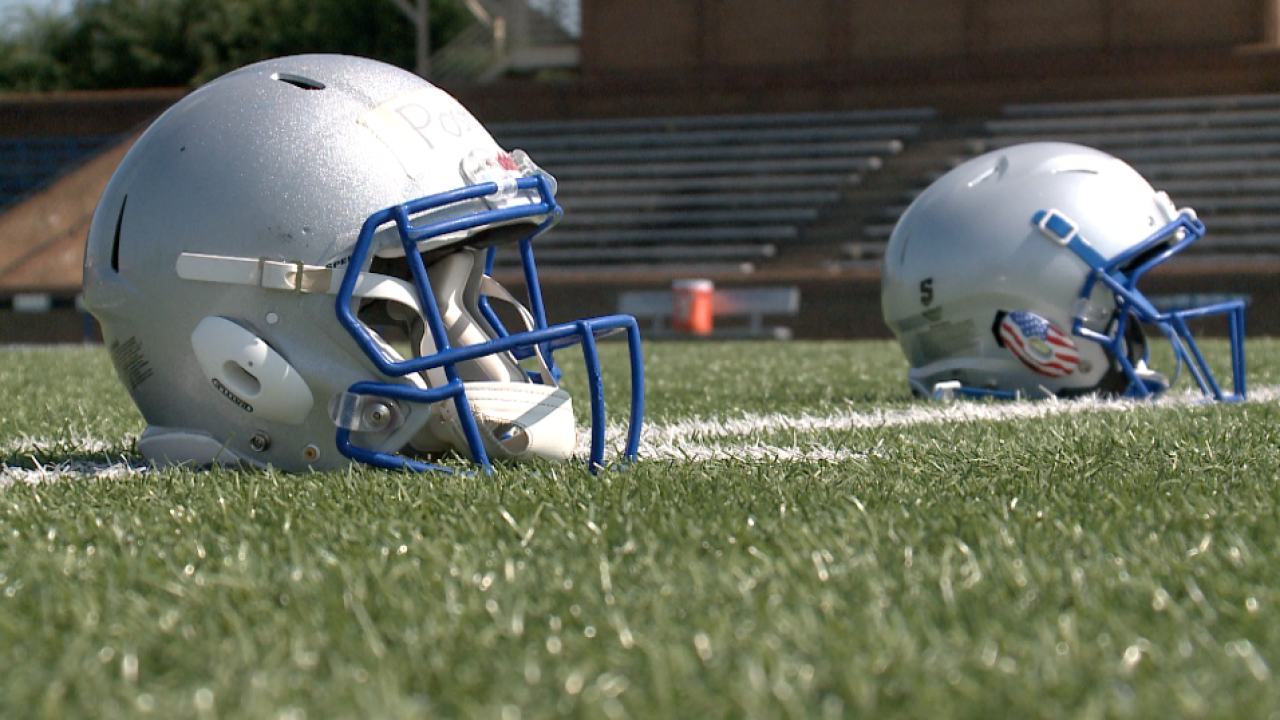 “We are extremely excited about the additions we have made to our roster with the signees in the second phase of our recruiting class,” Prunty said. “We made some key additions that will have an instant impact on our program during the 2020 season. Most importantly, this is an exceptional group of young men with some absolutely outstanding students.”

Members of the February signing class include:

PRUNTY ON AKINS: Adam is a very athletic defensive back who shows great range in the secondary. After the season, he was named to the AP All-State team in North Carolina. Adam also participated in the prestigious Shrine Bowl of the Carolinas for Team North Carolina. A Rivals.com 2-star prospect, Adam decided to become a Pirate after originally committing to Navy.

PRUNTY ON BURRIS: Elijah is a prolific running back who was named to the All-State team in North Carolina. He finished his career with 7,515 rushing yards and 106 total touchdowns. He holds Gaston County records for single season rushing yards (2,832), all-time rushing yards (7,515), career rushing touchdowns (102) and total points scored (646). Elijah is eighth all-time on the state of North Carolina rushing list. He was named Offensive MVP of the Shrine Bowl of the Carolinas. Originally committed to the North Carolina Tar Heels in 2018, Elijah chose to become a Pirate over offers from Charlotte and Toledo. He is a 3-star prospect according to 247sports.com.

PRUNTY ON COPELAND: Romon is a local kid from the 757 area and was named the Class 6A State Offensive Player of the Year. He was able to compete here at Hampton in person during the State Finals in December. Romon has the ability to make plays as a receiver, out of the backfield and is especially dangerous in the return game. On the season, he scored throwing, running and catching the ball. He is ranked as the 43rd prospect in the 757.

PRUNTY ON GARNER: Stanley comes to us from SEC member the University of Kentucky. Coming out of Dillard High School in Florida, he was the 35th-ranked cornerback in the nation. Rated as a 3-star prospect out of high school, he had offers from Auburn, Clemson, Florida, Florida State, Louisville, Miami, Michigan and many others.

PRUNTY ON JOHNSON: Durrell was not only teammates with fellow signee Elijah Harris on their high school team at Mountain Island Charter but also on the North Carolina All-State team. Durrell commands the skies deep in the secondary. He has great ball skills as noted by his 11 interceptions during his senior season. For his efforts, Durrell was named to the Max Preps National All-American team.

PRUNTY ON MCDUFFIE: Tyler is a tremendous athlete for his size, and really a tremendous athlete for any size. In addition to football, he also shows his athletic ability as a member of the state champion basketball team at George Washington. His uncle, Chris, played for me before continuing to play at Clemson. Tyler decided to become a Pirate over offers from other major schools.

PRUNTY ON ORR: DeVaughn is a local kid from the 757 area who is a physical lineman who can play on both sides of the ball. He does a great job of finishing blocks on offense and has the ability to rush the passer on defense. His family has ties to Hampton as his father, Dr. Timothy Orr, is a professor at HU. DeVaughn was named to the All-Region and All-Tidewater teams after the season. He is ranked as the number 44 prospect in the 757.

PRUNTY ON PAISANT: TK did it all for the Jaguars at Carrboro, playing QB, LB, DE and some Tight End. We expect TK to continue to grow and develop as an athlete and contribute in many different areas for the Pirates. As a QB, he led Carrboro to their best season in decades with a 7-3 finish. He is also an exceptional basketball player averaging over a double-double per game.

PRUNTY ON PERKINS: Byron comes to us from Big Ten member Purdue. Out of De La Salle High School in Chicago, he was a 3-star recruit. He is a long and rangy cornerback who also has return ability. He had offers from Miami (OH), New Mexico, Ohio and Louisiana Tech among others.

PRUNTY ON RAINEY: Jaren comes to us from AAC member East Carolina. He saw playing time as a true freshman at East Carolina in 2018. He has great size and playmaking ability as a safety in the defensive secondary. Out of Southwest Guilford, he was named to the Shrine Bowl of the Carolinas and had offers from Army and many other schools. Jaren was a 3-star recruit according to Rivals.com.

PRUNTY ON RICHARDS: Brandon is a local kid from the 757 area. He is very cerebral in all aspects of the word. He has a 3.9 GPA and 1320 SAT and plays smart on the field. After the season, he was named to the All-Region and All-757 team as a specialist. We are very excited that Brandon has decided to stay home and play for the Pirates.

PRUNTY ON WHITE: Keyondre comes to us from MAC member Akron. He received playing time as a true freshman at Akron in 2018. Keyondre led the Zips in rushing in their game against South Carolina that season. He is a compact and powerful rusher who also has good long speed. Out of Dillard, he was selected for the Offense vs. Defense Bowl. He had offers from Minnesota, Illinois and Syracuse among others. He was a 3-star recruit according to 247sports.com.

PRUNTY ON WILSON: Corey is a local kid from the 757 area. We are very excited to keep Corey right here at home in Hampton. He is a very athletic and physical player that is absolutely fearless on the field. He was named 3A Defensive Player of the Year, First Team All-State and All-Tidewater after the season. His brother, Mark, played for me at the University of Cincinnati. Corey is a 3-star prospect and is rated the #43 player in Virginia by ESPN.

The Pirates open the 2020 season at home on September 5 when they face Virginia Union at Armstrong Stadium in a 6pm kick.