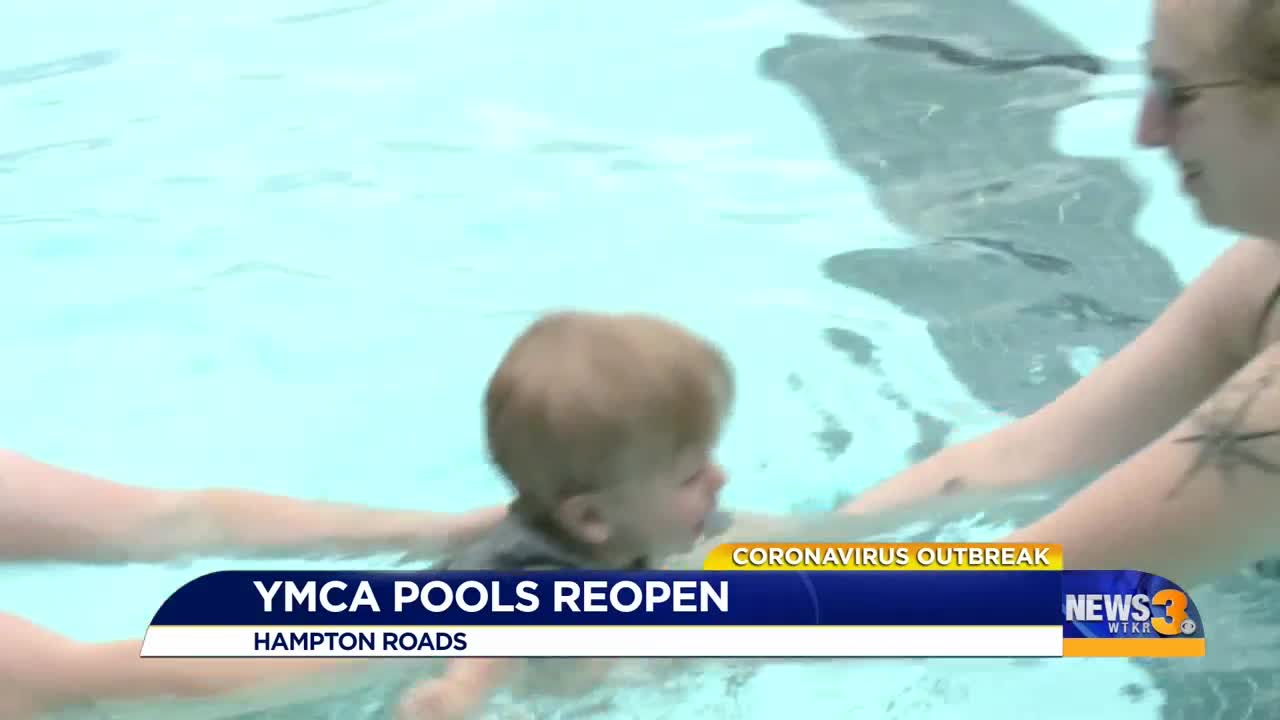 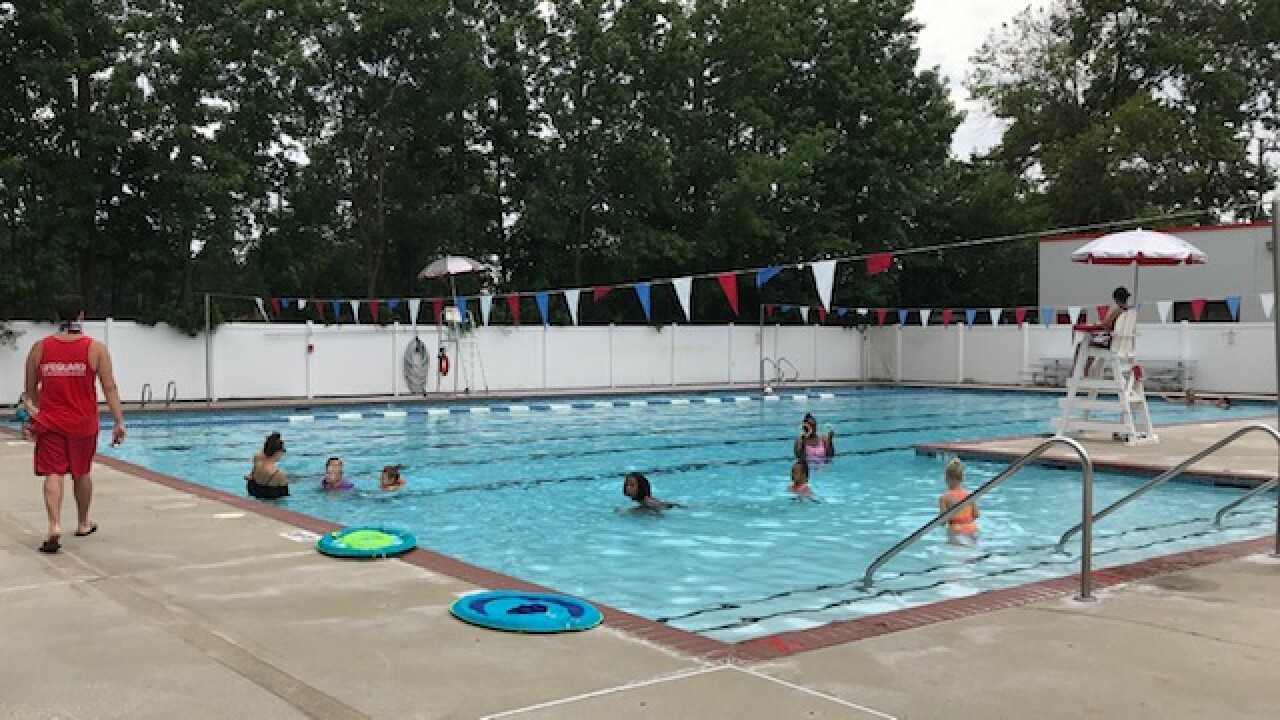 CHESAPEAKE, Va. - The YMCA of South Hampton Roads opened the pools for recreational swimming over the Fourth of July weekend.

Prior to Phase Three of the state’s reopening plan, public pools were only allowed for exercise, diving and swim lessons.

YMCA Chief Operating Officer Adam Kahrl said members have been calling in recent weeks to ask about a reopening date.

“There was a lot of pent up interest and excitement about it,” he said.

Danielle and Mark Donner brought their three kids to the Greenbrier Family YMCA on Sunday. They said the whole family has been waiting for this day for weeks.

“Now that it’s getting hot, I think we need the pool more than ever,” said Danielle Donner. “There’s the beach, but that’s really difficult with kids running around and the big waves.”

YMCA staff are taking extra measures to keep members safe. There are temperature reads when members first walk in, and 15-minute cleanings of high touch spots in the pool area.

“The chlorine, that really does kill the virus,” Kahrl said. “It’s more about the tables, handrails, any of the chairs, things people are touching.”

The number of people in the pool at one time vary with the size of the pool at the several locations. At the Greenbrier YMCA in Chesapeake, only 20 people are allowed in the pool at a time. Members have an hour to swim before they sanitize and bring the next group in.

“We’re starting out with a little more restrictive numbers for ourselves just to be safe,” said Kahrl. “We’re actually a little bit cautious. We’re not just going to go right with that 75 percentile.”

Swimmers from different households are asked to stay 10 feet apart in the pool rather than 6 feet apart.

“The pool is big enough you can keep your distance and just be in your own family unit,” said Danielle Donner.

The Donners are thankful for the opportunity to take a dip and cool off with the family while feeling protected from COVID.

“All the protocols in place have been pretty good, pretty consistent and pretty easy to work through,” Mark Donner said. “It made me feel like things are coming back to normal, but it’s a new normal where we can stop spreading the virus and have our basic needs met as well.”

Starting this week, the YMCA will begin to have extended pool hours.