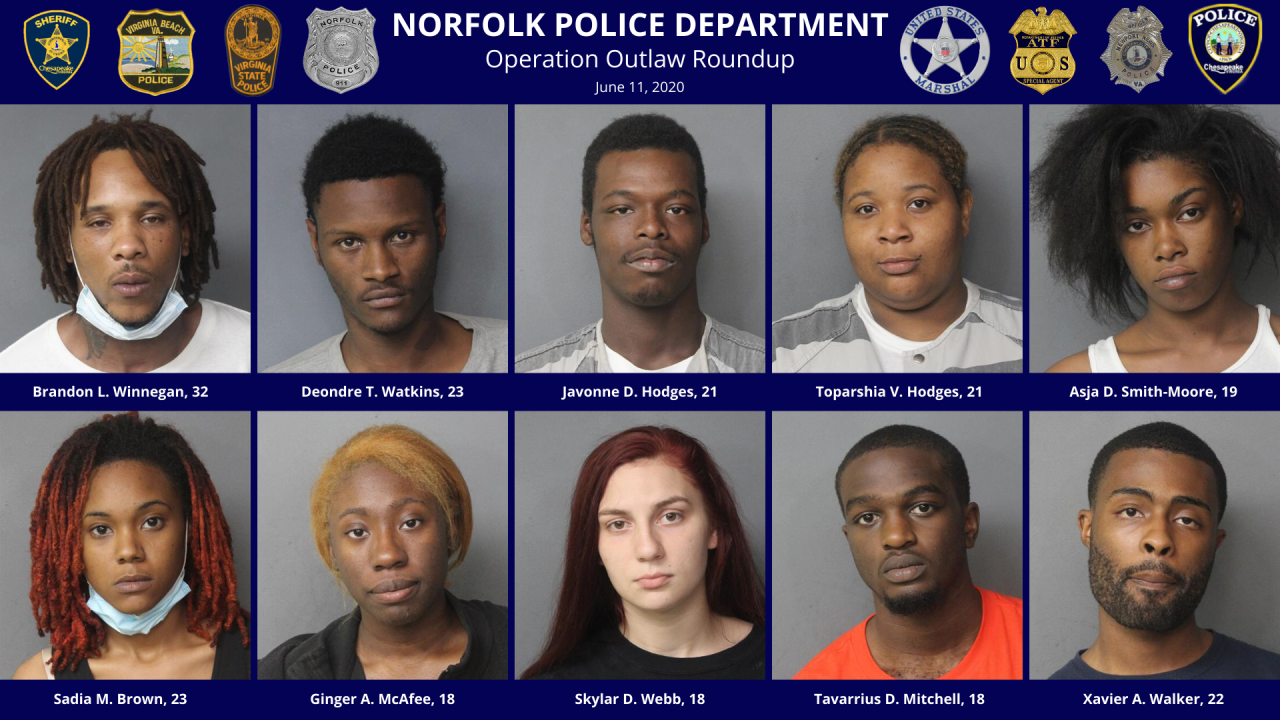 Around 12:15 p.m. on April 24, Norfolk Police responded to the 500 block of Glendale Avenue for a report of an unknown problem. When officers arrived on scene, they found a woman sitting in a vehicle; she had been shot in the head.

The woman was taken to a local hospital with life-threatening injuries and is expected to survive.

As a result of the investigation, Norfolk detectives obtained multiple arrest warrants for the following people who police say are members of the Eastside Rollin 20’s Bloods Gang:

They were all arrested on June 11.

“Let this operation be a clear message that gang violence will not be tolerated in Hampton Roads,” said Norfolk Police Chief Larry D. Boone. “The women and men of law enforcement will continue working hard and exhaust all resources to arrest those responsible for violence that threatens the safety of our communities.”

Detectives have not released the motive or circumstances surrounding this incident.

If you have any information about this incident, police encourage you to call the Norfolk Crime Line at 1-888-LOCK-U-UP (1-888-562-5887). You can also submit a tip through the P3Tips mobile app.