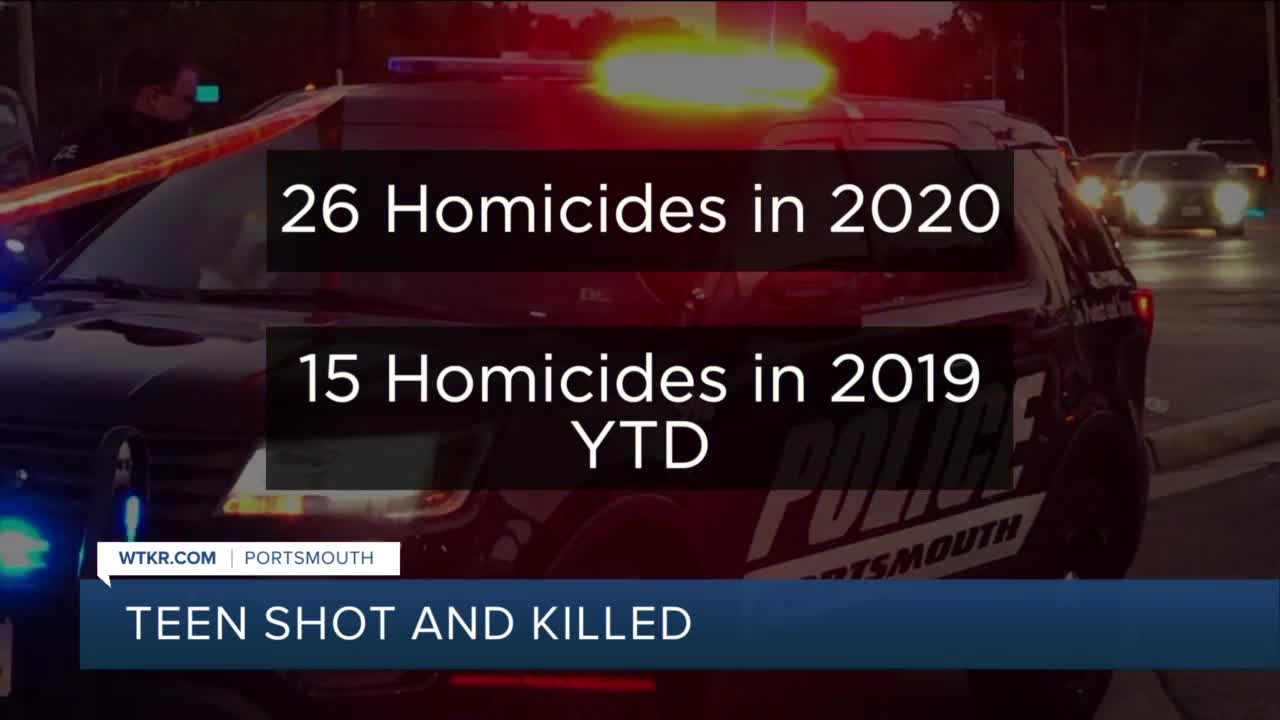 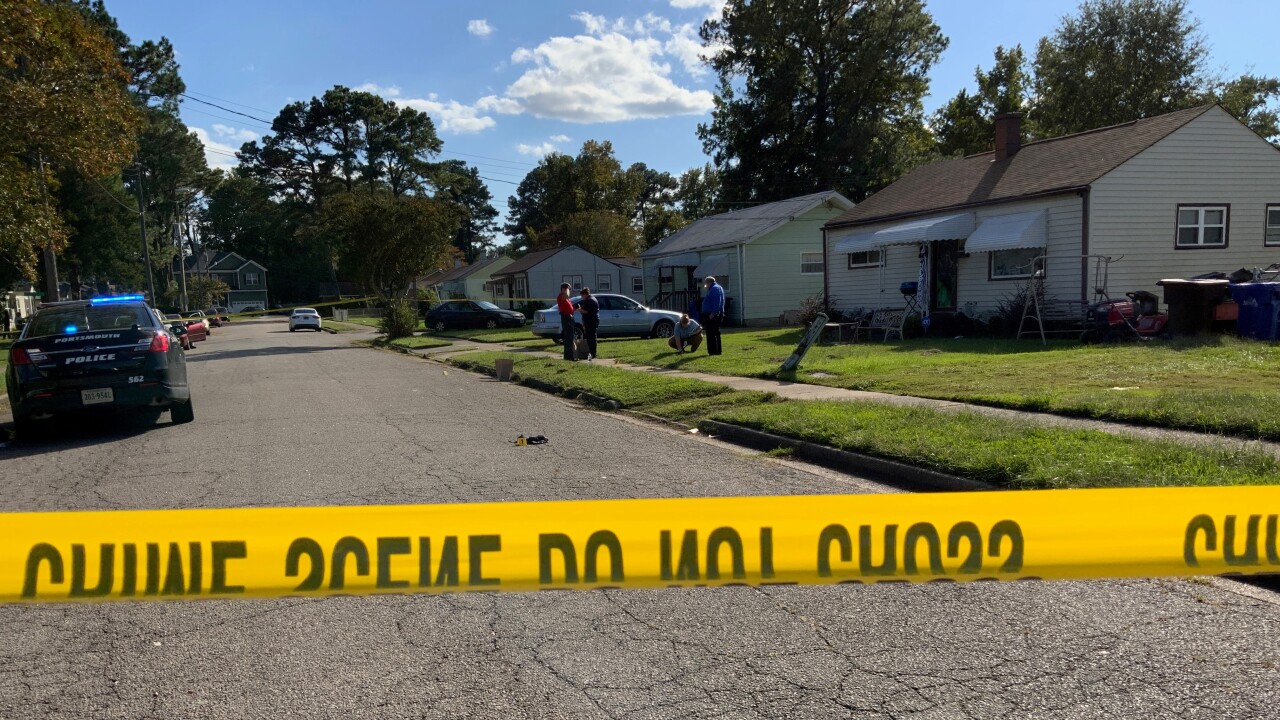 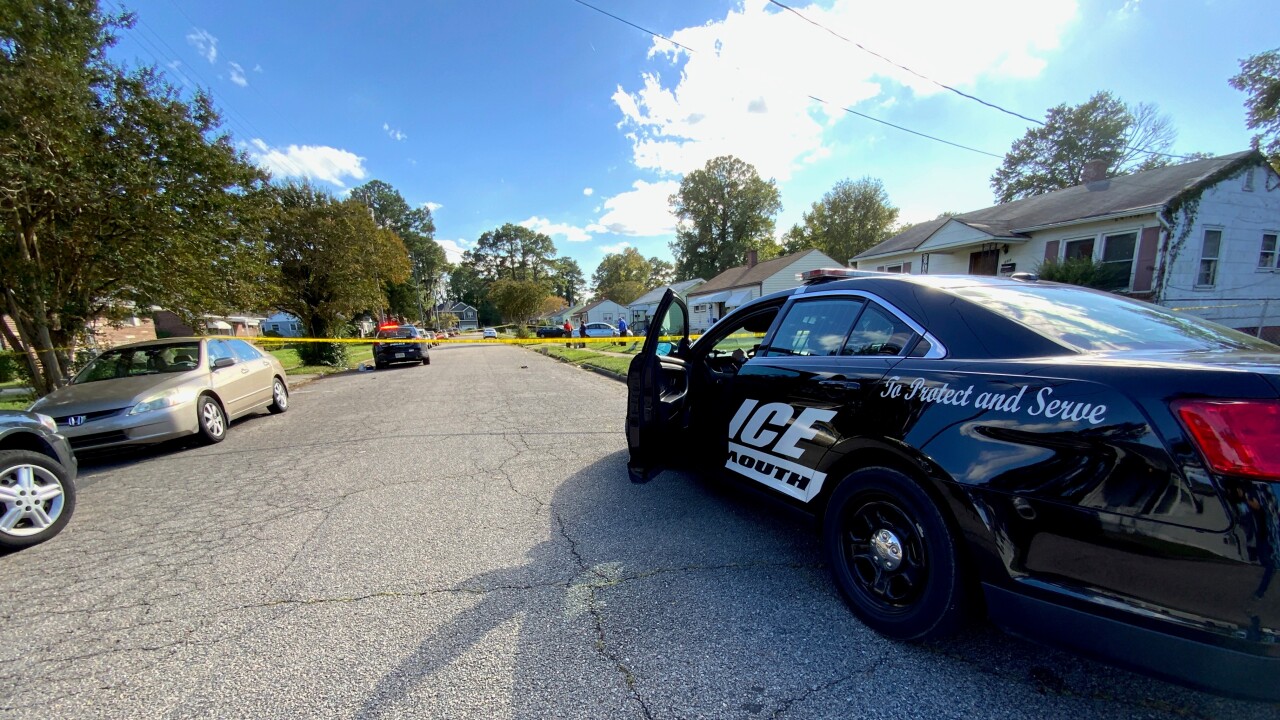 Thursday’s shooting death is the 26th homicide so far this year in Portsmouth.

PORTSMOUTH, Va. - The Portsmouth Police Department is investigating after a 17-year-old boy was shot and killed in the 200 block of Woodstock Street Thursday morning.

According to police, the call came in at approximately 10:52 a.m. Officers arrived at the front lawn of a Woodstock Street home and said they found the teen with multiple gunshot wounds to his upper body.

Investigators said he died shortly after first responders and law enforcement arrived at the scene.

Crime scene tape blocked off a portion of the street until about 4 p.m. Investigators spent much of the day Thursday collecting evidence outside the home where the shooting happened.

Neighbors were still shaken several hours later, including a mother of two young children who saw the crime unfold.

“I’m an emotional wreck to say the least, a little traumatized,” she said. “It’s heartbreaking, especially when it involves teenagers and kids.”

The neighbor did not want to be identified. She said she was inside her home when she heard three or four gunshots.

She said she then looked out her window before calling 911 and saw two people a few doors down.

The neighbor is a mother of two little girls. Her two-month-old and 3-year-old were home when bullets rang out.

“I was holding my baby girl… I’m sorry,” she said holding back tears. “It makes me feel very unsafe and the thought of, What if I was outside with my 3-year-old daughter?' She would have saw it or possibly gotten hurt. It’s very scary.”

Thursday’s shooting death is the 26th homicide so far this year in Portsmouth. Police said that’s an increase of 11 homicides this same time last year. There were 15 homicides in 2019 from January to mid-October.

The neighbor is now offering her condolences to the family of a life cut short.

“I’m so sorry to them,” she said. “Nobody deserves to learn their baby died that way.”

The teen's family has been notified, but police are not releasing his name at this time.

At this time, there is no suspect information; detectives are actively investigating this incident.

Gun violence has a devastating impact on our communities, greatly magnified when the victims are the youth of our neighborhoods. When young men and women are the targets of these events, all too frequently killed, the effects are far-reaching. The reasons for the shootings are varied, including anger, pride, revenge, drugs, and territorial disputes. Our communities, businesses, civic leagues, faith-based organizations, and law enforcement agencies are working to build better partnerships to address these root causes. As investigators continue to work these cases, we ask anyone with information to contact the Portsmouth Crime Line.