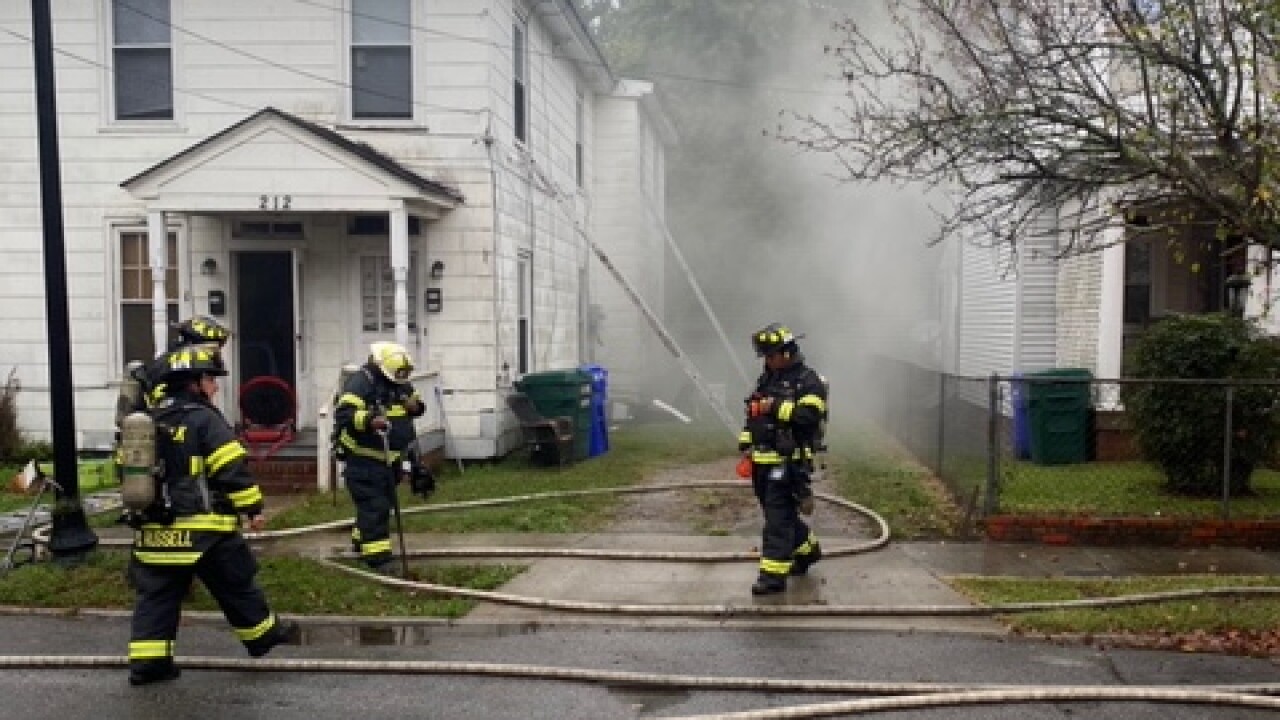 Crews arrived on scene of a duplex fire at 3:12 p.m. in the 200 block of Pearl Street, in the Pughsville neighborhood.

Officials say the fire was contained to the the laundry room of the first floor apartment which suffered fire, smoke and water damage.

No injuries were reported, but one adult and three children are displaced. Officials say a dog was also rescued from the duplex.