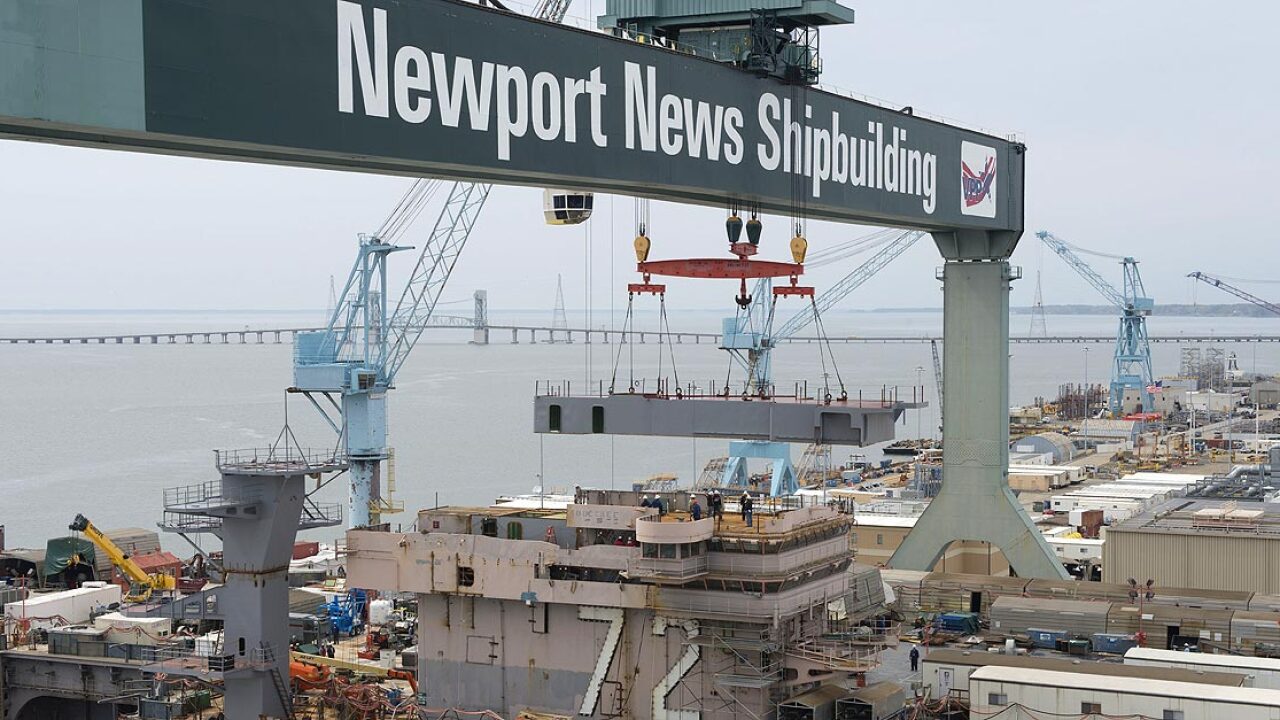 NEWPORT NEWS, Va. - A fourth employee at Newport News Shipbuilding has tested positive for the novel coronavirus, according to a release by the shipyard.

Two of the reported cases were in the mid yard, and the other two were in off-yard offices. No cases have been reported in the shipyard's north yard, on the USS George Washington (CVN 73) or on the John F. Kennedy (CVN 79).

The newest patient is a Navy personnel working in Building 4931-2/MOF Facility (Bay 1), according to a release by the shipyard.