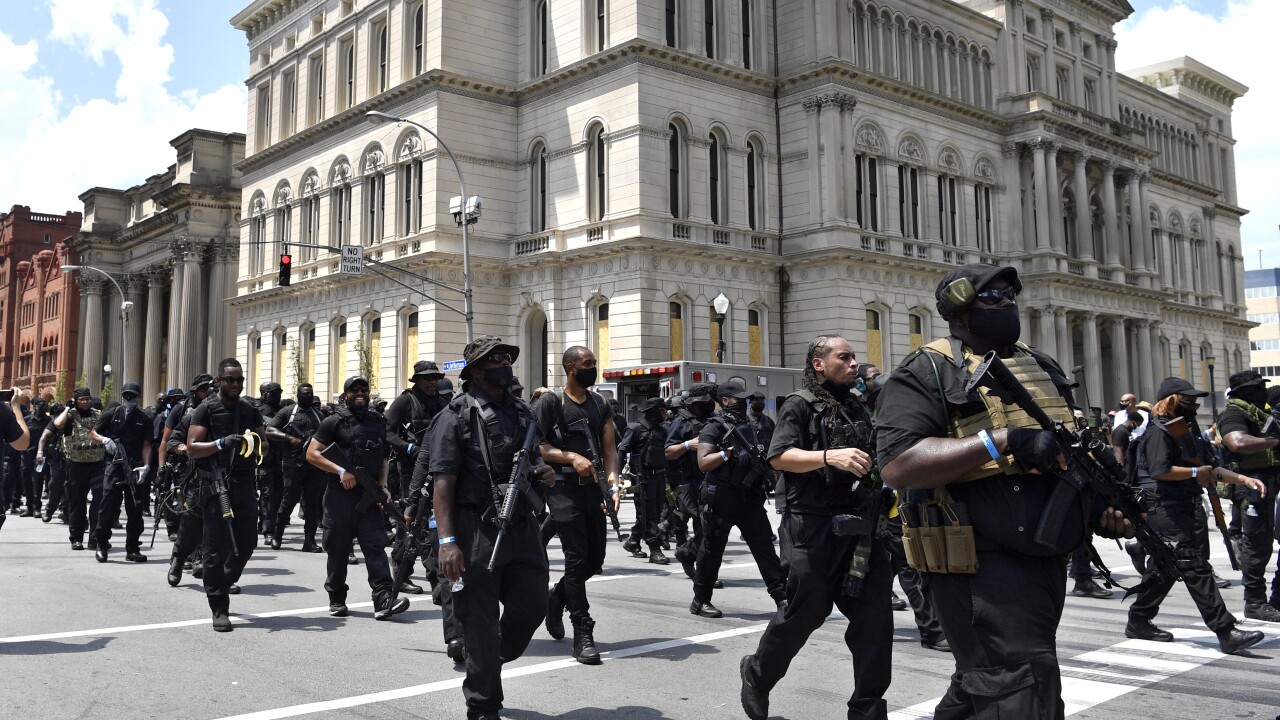 Timothy D. Easley/AP
Armed members of the "NFAC" march through downtown Louisville, Ky., toward the Hall of Justice on Saturday, July 25, 2020. Hundreds of activists demanded justice for Breonna Taylor during the demonstrations in her hometown that drew counter-protesters from a white militia group. Taylor, a 26-year-old EMT, was fatally shot when police officers burst into her Louisville apartment using a no-knock warrant during an investigation. (AP Photo/Timothy D. Easley)

Protests have flared over the death of Taylor, a Black woman killed when police busted into her apartment in March.

By the time Black activists arrived in the heart of downtown Saturday afternoon, most of white militia members had left.

Earlier in the day, police say three Black activists were accidentally shot in a park where the militia had gathered. Police say the victims had non-life-threatening injuries.