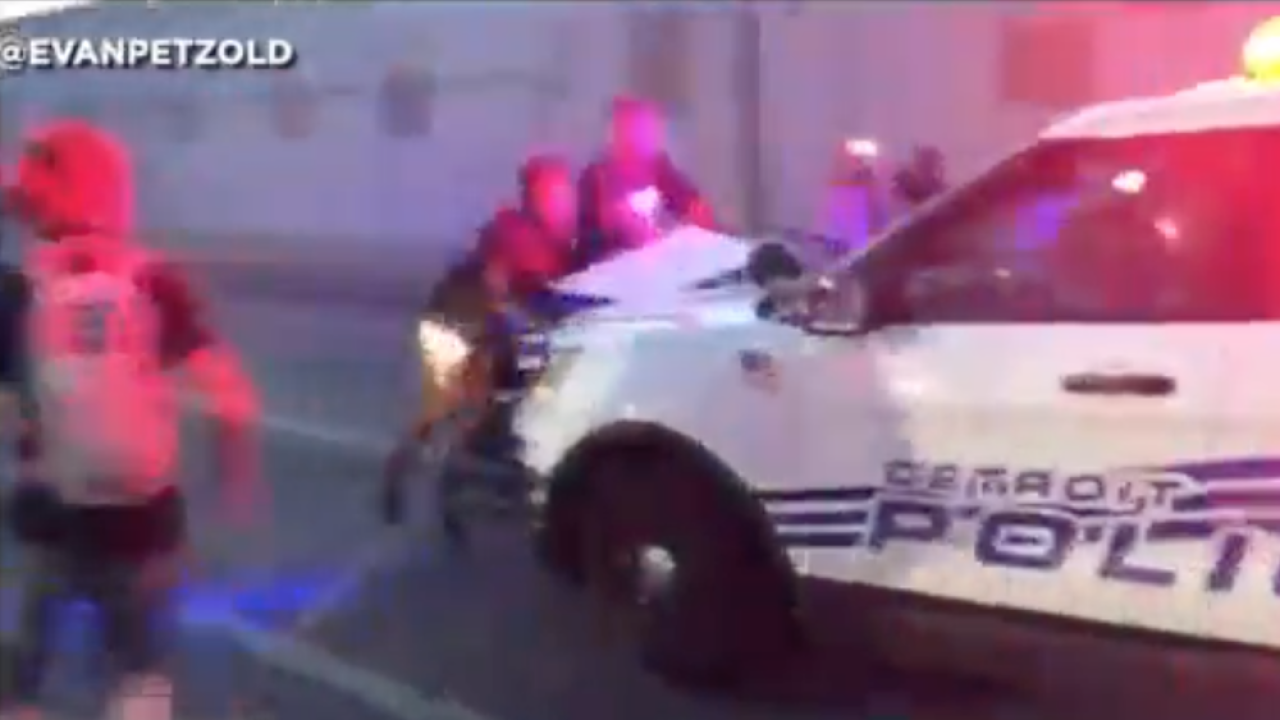 DETROIT — A clash between Detroit police and protesters was caught on camera Sunday night.

Some protesters jumped onto the hood of the vehicle as it pulled forward.

Leo Alvarado, who was at a nearby gas station, witnessed the altercation.

Alvarado said a medic treated cuts and wounds that were on demonstrators' arms. The severity of injuries is currently not known.

Detroit police say they're looking into the incident.