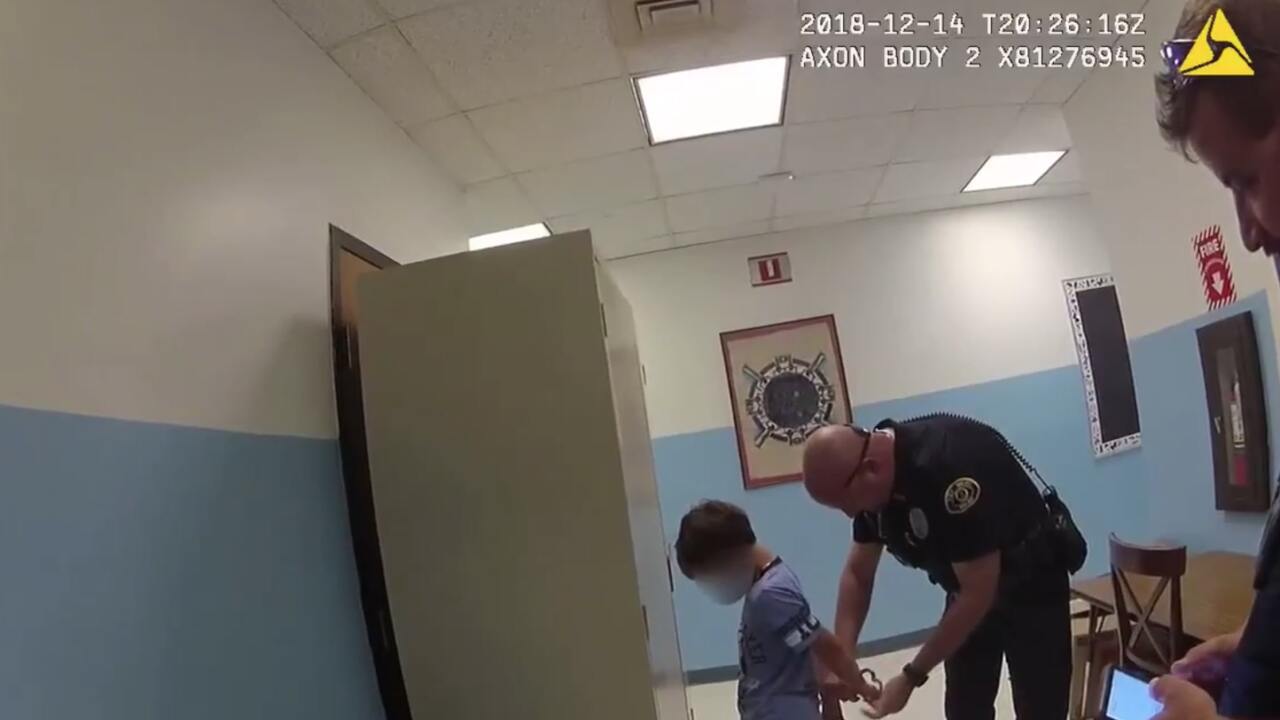 KEY WEST, Fla. – The civil rights attorney who represents the families of George Floyd, Breonna Taylor and Ahmaud Arbery has now been retained by the mother of young boy arrested by police in Florida.

Attorney Ben Crump has been retained by Bianca N. Digennaro, whose 8-year-old son with behavioral disabilities was handcuffed by Key West police and charged with felony battery in 2018. The boy had allegedly punched a teacher.

On Twitter, Crump posted body camera footage of the incident, which shows officers detain the small boy, lecture him and allegedly transport him to an adult prison for processing.

Unbelievable!! @KWPOLICE used “scared straight” tactics on 8yo boy with special needs. He's 3.5 ft tall and 64 lbs, but they thought it was appropriate to handcuff and transport him to an adult prison for processing!! He was so small the cuffs fell off his wrists! pic.twitter.com/iSTlXdKas6

“I hate that you had to put me into this position to do this," one officer said. "The thing about it is, you made a mistake. Now it’s time for you to learn about it and to grow from it, not repeat the same mistake again.”

Posted on Sunday, the clip has already been viewed by millions and is drawing outrage online.

In a press release, Crump says he and attorney Devon Jacobs plan to file a federal lawsuit against the officers involved, school officials, the City of Key West and the Monroe County School District.

Crump says the boy had an individualized education plan due to his disabilities.

"Instead of honoring and fulfilling that plan, the school placed him with a substitute teacher who had no awareness or concern about his needs and who escalated the situation by using her hands to forcibly move him," Crump wrote. "When he acted out, the teacher called the police, who threatened him with jail and tried to put him in handcuffs, which fell off because he was too little."

“This is a heartbreaking example of how our educational and policing systems train children to be criminals by treating them like criminals – if convicted, the child in this case would have been a convicted felon at eight years old,” wrote Crump. “This little boy was failed by everyone who played part in this horrific incident.”