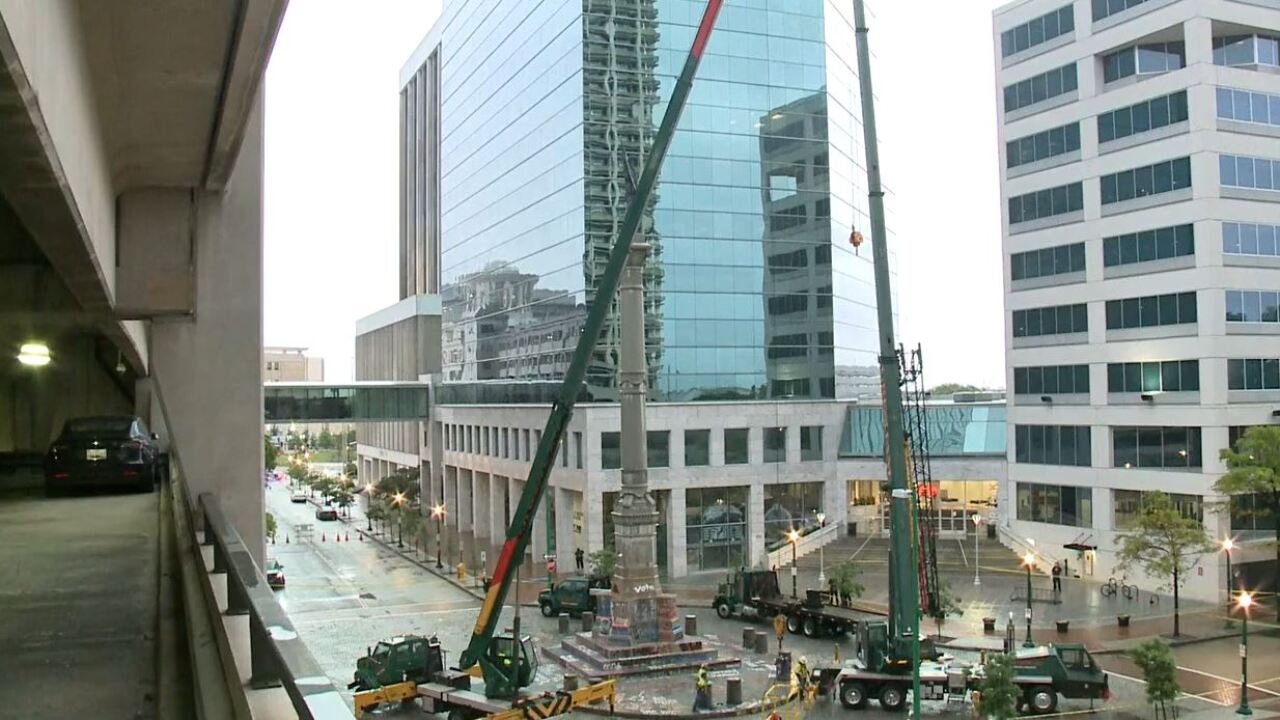 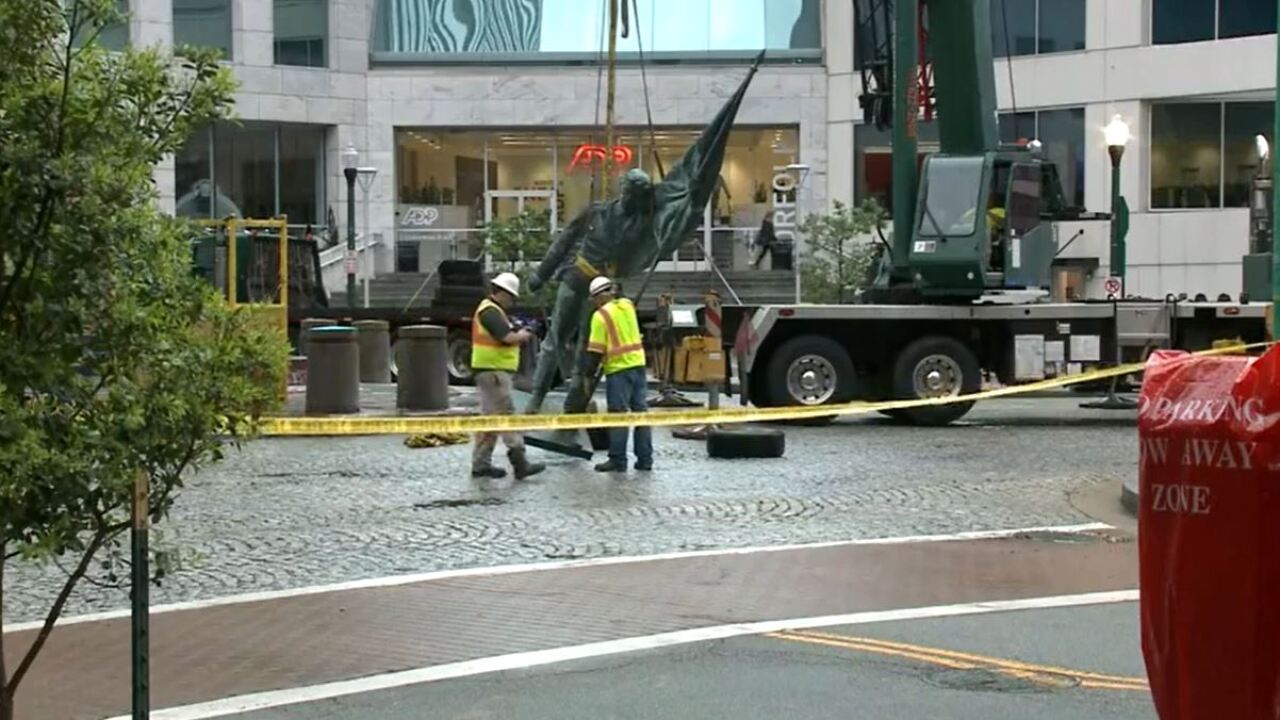 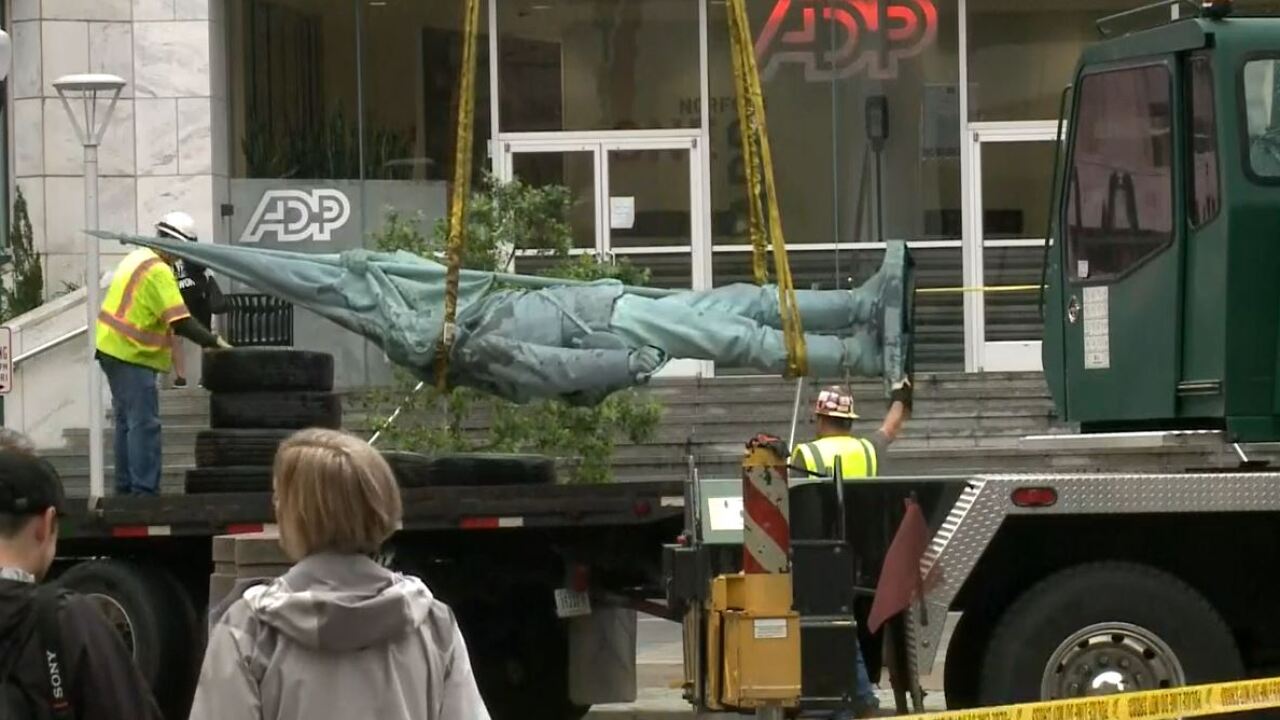 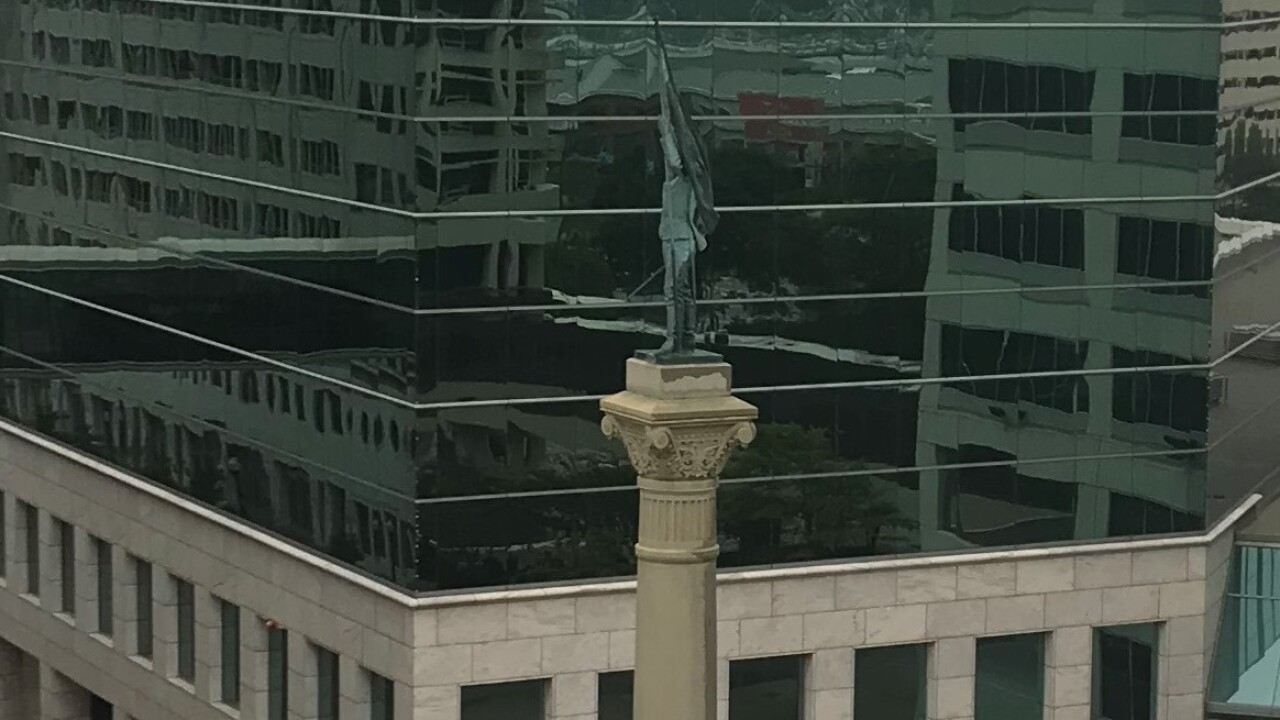 NORFOLK, Va. - The Confederate monument in Downtown Norfolk is coming down amid protests in the wake of George Floyd's death.

In a press conference Thursday evening, Norfolk Mayor Kenny Alexander announced the city planned to take the top statue of the Confederate monument down in the next 24 hours.

Around 7 a.m., Friday, that part of the statue had been removed.

City council previously signed off on a plan to hold a public hearing and to vote on where the monument would be relocated. That is scheduled to happen on July 7.

Military or government organizations or museums can express interest in getting the monument, city officials said.

The bottom part of the monument is set to be removed in early August.

The issue has played out in court and promoted debate in the city for years.

#BREAKING: The statue atop #Norfolk’s #Confederate monument has been removed. https://t.co/TW7UmENWCw @WTKR3 pic.twitter.com/Wb5Yp9HtWB