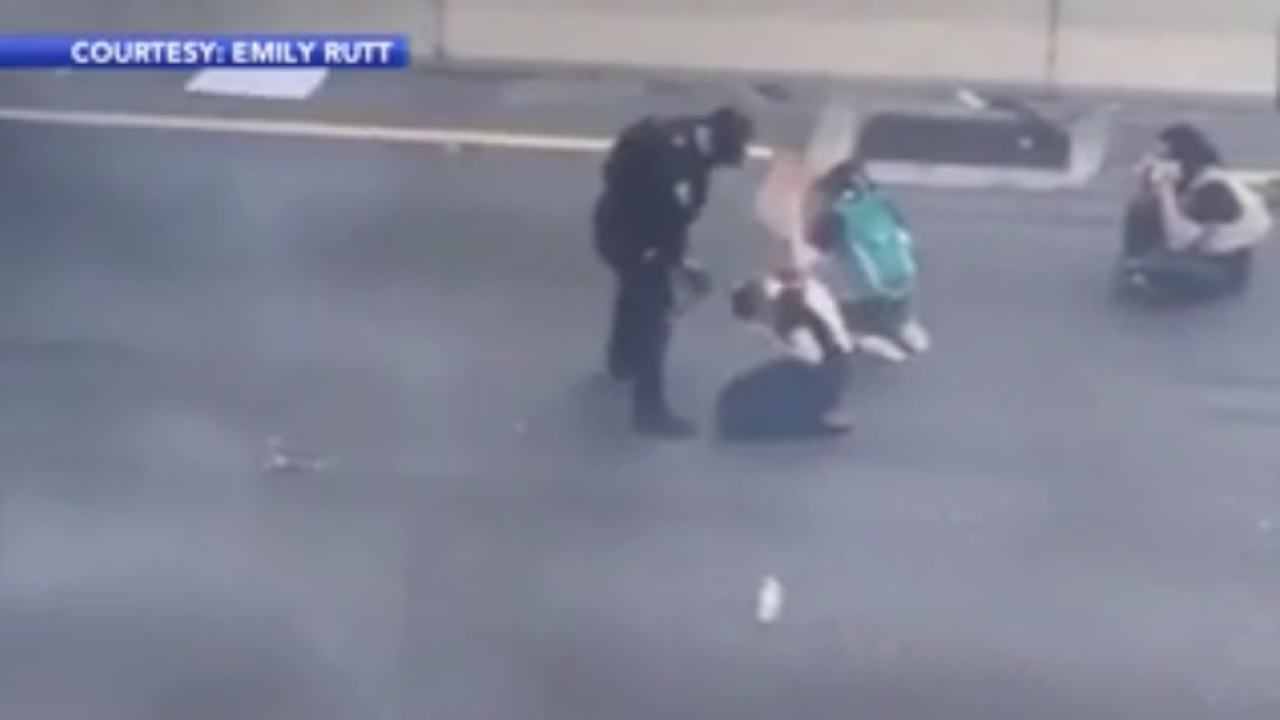 A Philadelphia police officer who was seen on video pulling down the masks of protesters and spraying chemical irritants in their faces was charged Wednesday with simple assault, reckless endangerment, official oppression, and possession of an instrument of crime, the Philadelphia Inquirer and CNN report.

Officer Richard P. Nicoletti, 35, turned himself in on Wednesday.

The charges against Nicoletti stem from a June 1 Black Lives Matter protest, when demonstrators blocked I-676 in Philadelphia. Bystander video showed Nicoletti — who was acting as part of the Philadelphia Police SWAT team — approaching three protesters who were kneeling and sitting on the ground.

The video shows Nicoletti pull down the demonstrators' masks and spray pepper spray in their faces. He also shoved one of the protesters. The District Attorney's statement claimed Nicoletti sprayed the protesters "without provocation."

None of the demonstrators were arrested.

According to CNN, the Philadelphia Police Department reviewed the bystander video and opened an investigation on June 24.

"His unit was ordered by commanders to clear the highway with the approved use of tear gas and pepper spray," Perri said, according ot the Inquirer. "The city's leadership was given the opportunity to apologize for approving the use of force, but Nicoletti finds himself fired and charged with crimes."