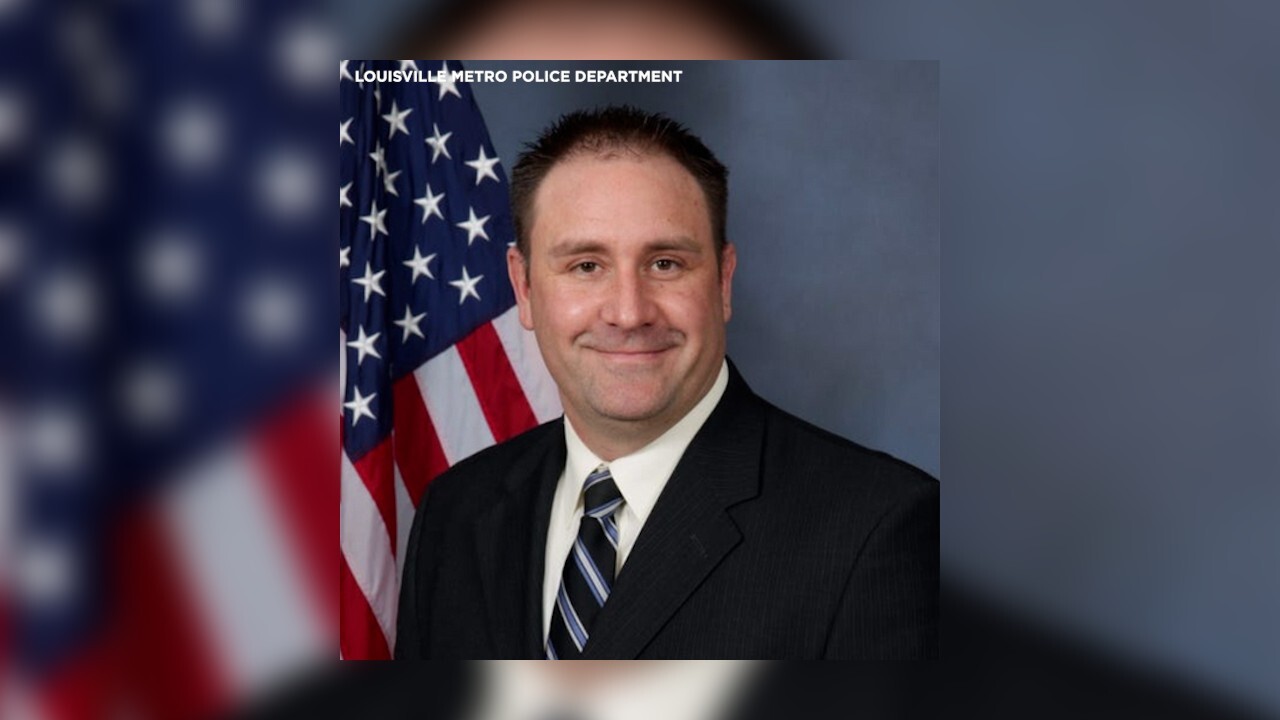 Louisville Metro Police Department
The Louisville police detective that Kentucky Attorney General Daniel Cameron said appeared to have fired the fatal shot at Breonna Taylor back in March is reportedly seeking $75,000 through online fundraiser so he can retire.

The Louisville police detective that Kentucky Attorney General Daniel Cameron said appeared to have fired the fatal shot at Breonna Taylor back in March is reportedly seeking $75,000 through an online fundraiser so he can retire.

According to the Louisville Courier-Journal, Det. Myles Cosgrove, one of three Louisville police officers who shot into Taylor's apartment, is seeking funds on the crowdfunding site GiveSendGo.

According to the fundraiser's description, the page was set up to ensure Cosgrove can "purchase the remainder of his service time so that he can retire."

"Myles’ reputation has been completely dismantled and the psychological trauma is something that he will have to cope with for the rest of his life," the fundraiser description reads. "Every day, the threats seem more legitimate and scarier; his family has been doxed and harassed, while the threats remain unrelenting. Although Myles may never feel completely safe again, if you can help us reach our goal, we can at least get him on a path to security and allow him to focus on his main objective: the safety of his family."

A grand jury announced Monday that Cosgrove and Jonathan Mattingly were "justified" in using lethal force because they were fired upon first.