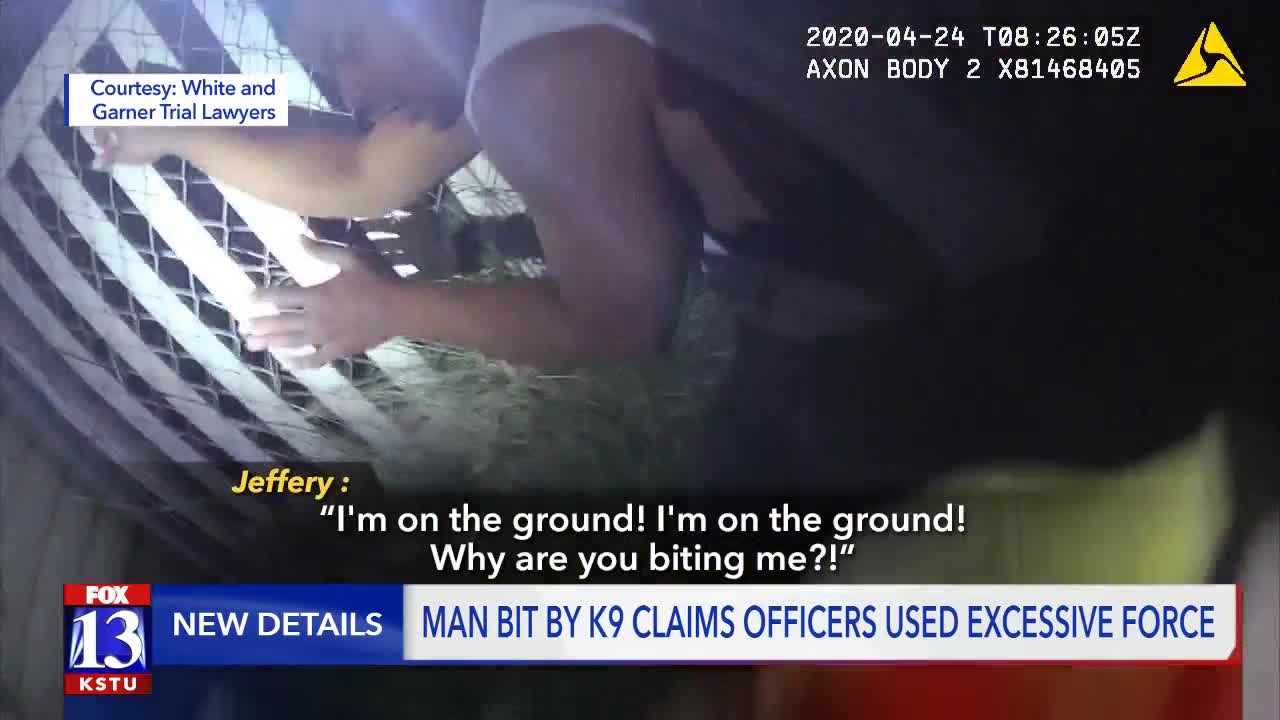 Body camera footage shows the intense moments from the early morning of April 24 as Jeffery Ryans kneels with his hands up, and an officer yells "Hit!" triggering the K-9 to rush forward and chomp into Ryans' left leg more than once. 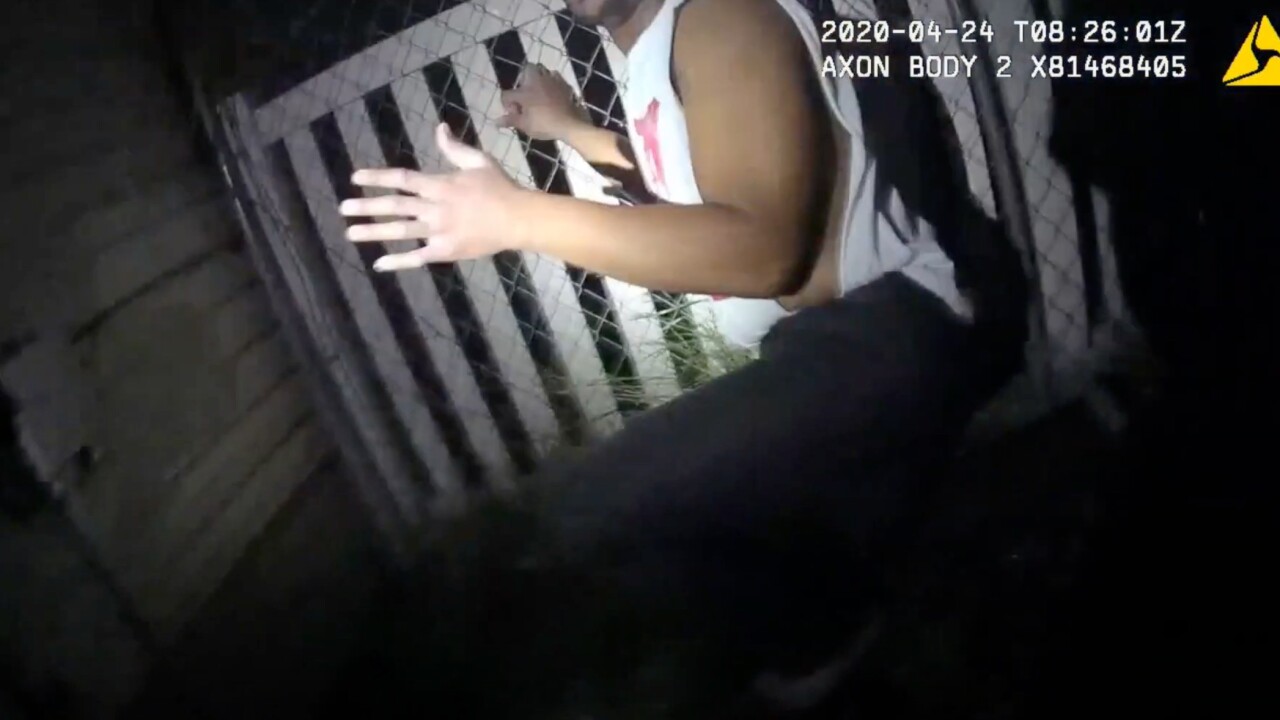 SALT LAKE CITY, Utah – An officer with the Salt Lake City Police Department has been suspended after being accused of unnecessarily ordering a K-9 to attack a man who listened to commands from police.

Additionally, Mayor Erin Mendenhall announced that the department is also suspending its use of K-9s to engage with suspects until the policies and practices of the program can be reviewed.

Body camera footage from April 20 shows Jeffery Ryans getting attacked by a police K-9, even though Ryans was on his knees and had his hands in the air.

The footage shows K-9 Tuco biting and tearing at Ryans' leg as another officer sat on top of Ryans and placed him in handcuffs.

Mayor Mendenhall said she was disturbed by the content of the footage and concerned that the incident wasn't brought to the attention of senior police leadership before The Salt Lake Tribune published the video online Tuesday, nearly four months after the incident.

"We will conduct a thorough review of the breakdown in communication to ensure that it does not happen again. I am disturbed by what I saw in that video, frustrated by how the situation was handled, and am committed to working to ensure neither happen again," Mendenhall wrote on Twitter.

Ryans ended up in the hospital before being booked into jail on a violation of protective order charge. He was released with conditions to follow. Now, nearly four months since the incident, Ryans' leg remains bandaged and he says the wound still hasn't healed. He explained he's gone through surgeries and racked up medical bills.

"I don't know why they had to use that type of force towards me," he said. "I was cooperating. I wasn't a threat to them."

Ryans, a Black man, said police often treat Black people differently, and he wants people to see it happens in Utah too.

"It's very difficult not to see how race could play a factor here," said one of Ryans' attorneys, Gabriel K. White.

He and Dan Garner are representing Ryans. They said they believe police violated Ryans' civil rights. They have filed a Notice of Claim with the Salt Lake City Police Department.

If the city doesn't respond in 60 days, they said they will file a lawsuit.

"He wasn't running. He wasn't doing anything that would have the officers have used this type of force," Garner said. "And so, his biggest goal in this ... is to add to the conversation that we're having as a nation. That this can't happen again. We need to learn from this."

“I read the story yesterday in the paper like everyone else. What we witnessed was concerning enough to ask for all relevant material. We will be screening the evidence to see if any criminal conduct was committed," Gill said in a statement.

"We are aware of the article published by the Salt Lake Tribune today regarding Mr. Jeffery Ryans and his intention to file lawsuit against the Salt Lake City Police Department for excessive use of force involving a police service dog. As there is pending litigation, we are unable to discuss specifics of the case. Although this incident occurred in April there was never an Internal Affairs complaint filed, when we became aware of the situation this morning, an Internal Affairs investigation was immediately launched by our department to determine if the use of force was within policy. That investigation will consider the totality of the events that occurred that night. As with every complaint regarding use of force The Salt Lake City Civilian Review Board has the opportunity to conduct their own separate investigation."

“The officer involved in the incident documented by body cam footage published by the Tribune Tuesday has been suspended from duty, pending an investigation into their use of force. In addition, the use of K9s to engage with suspects has been completely suspended until the policies and practices of that program can be fully reviewed.

Furthermore, I am deeply concerned that it took a news outlet publishing this video for it to be brought to the attention of senior police department leadership and myself. We will conduct a thorough review of the breakdown in communication to ensure that it does not happen again.

I am disturbed by what I saw in that video, frustrated by how the situation was handled, and am committed to working to ensure neither happen again.”

This story was originally published by David Wells at KSTU.