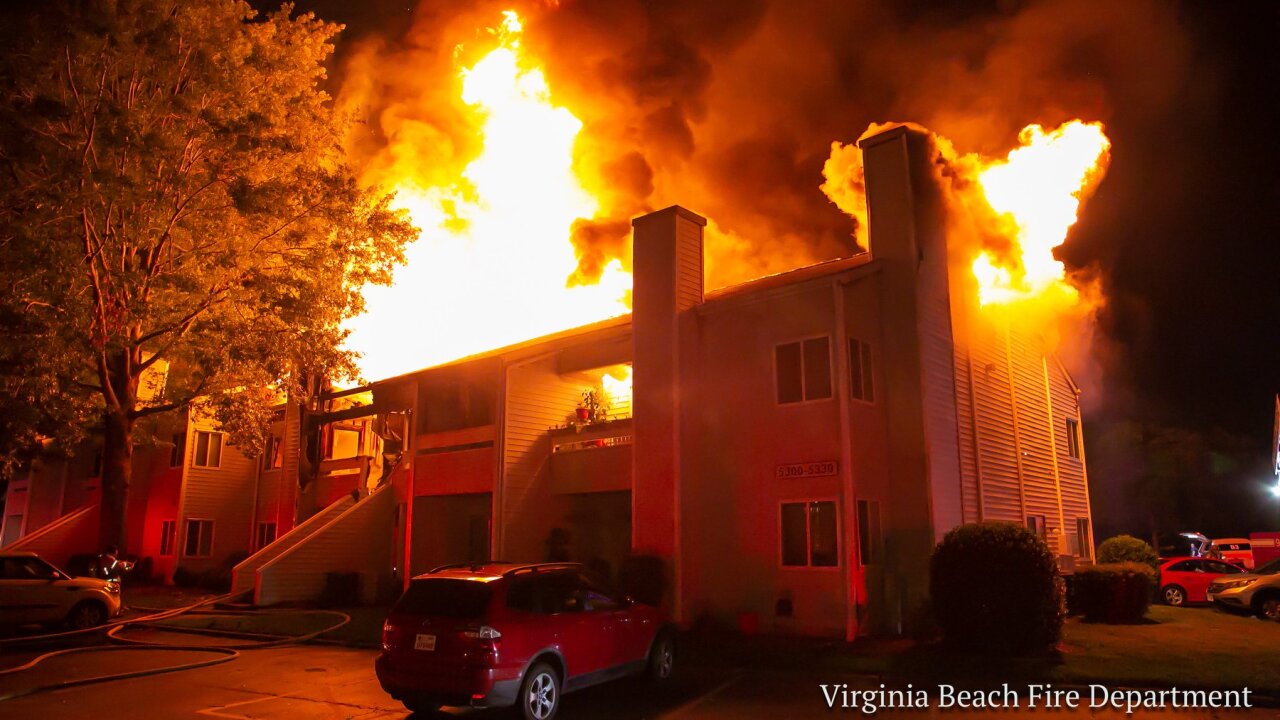 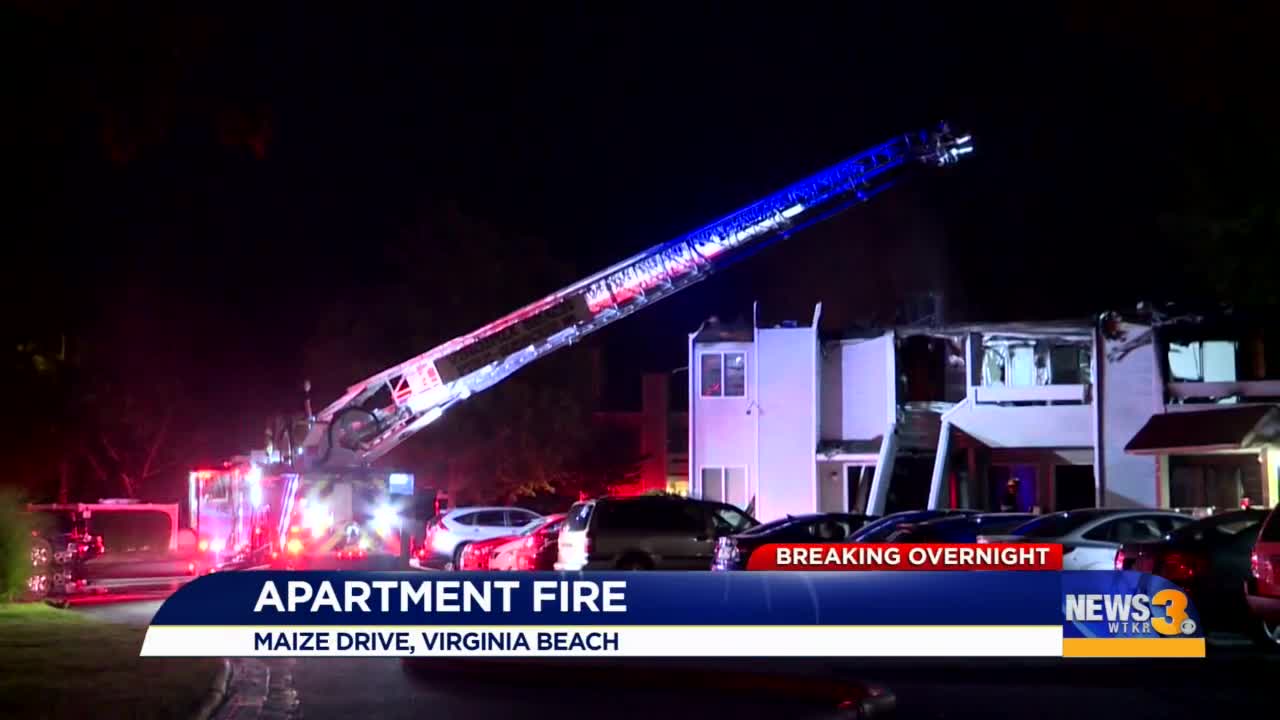 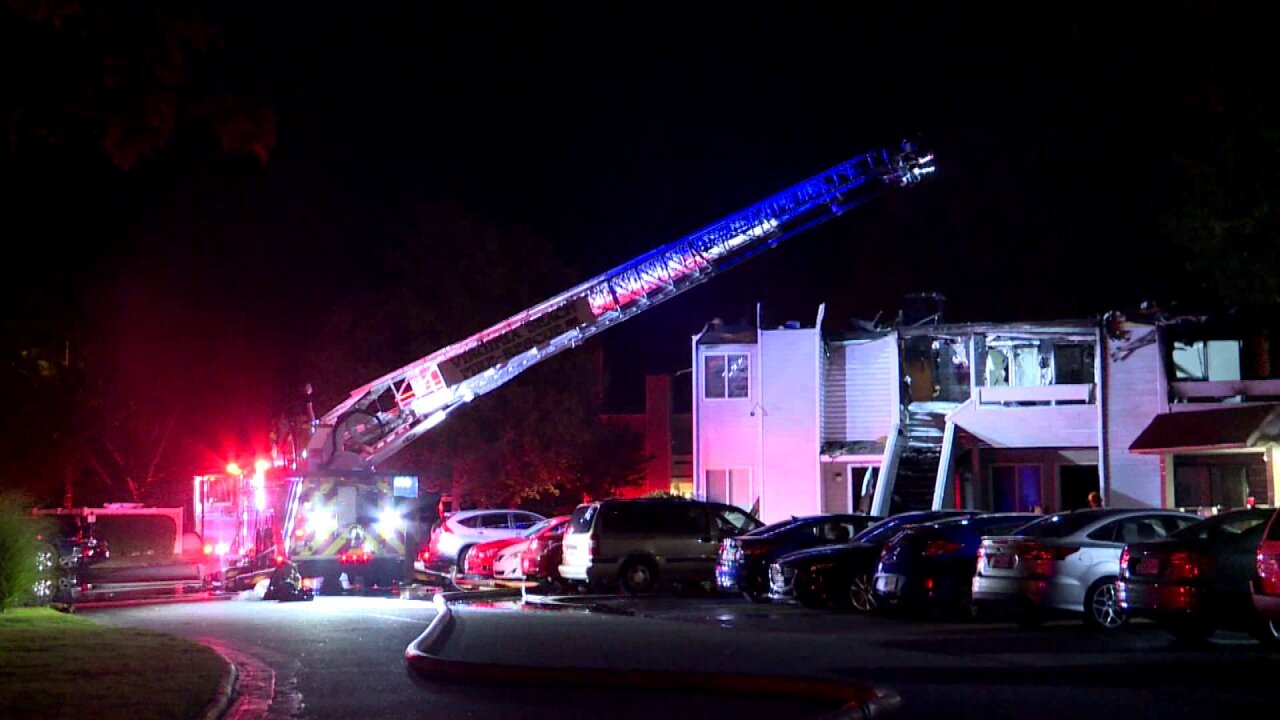 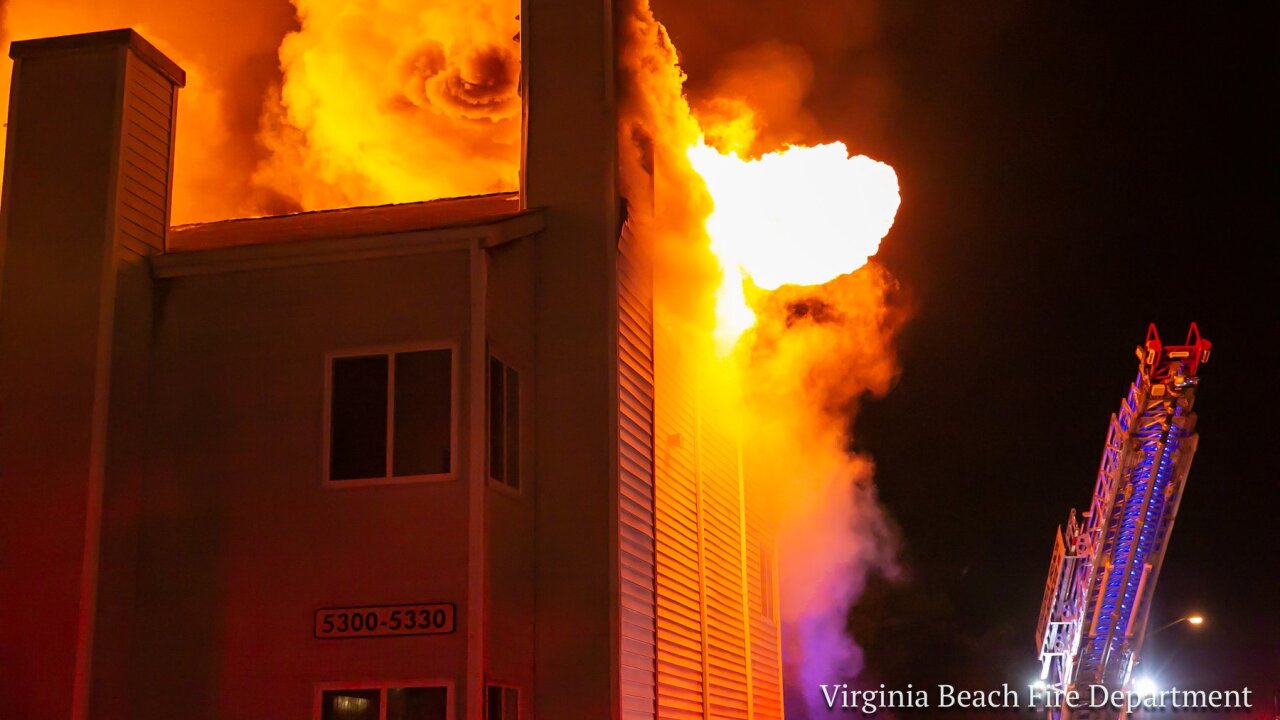 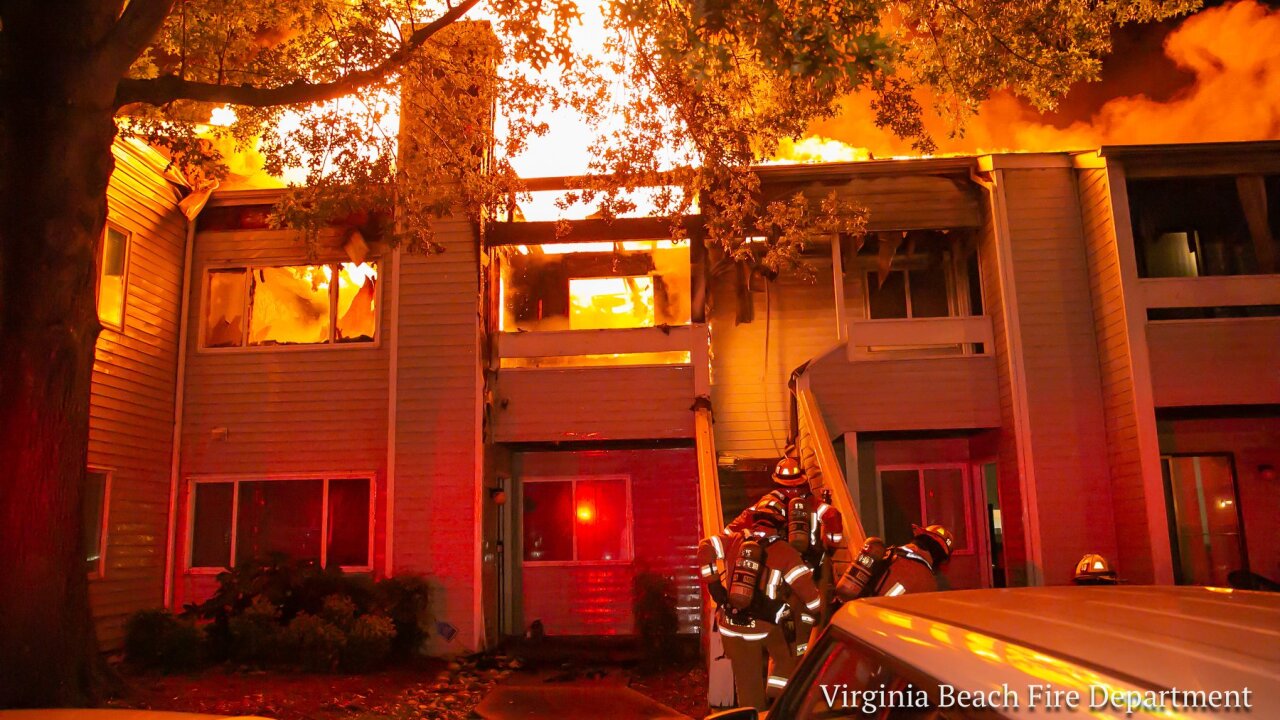 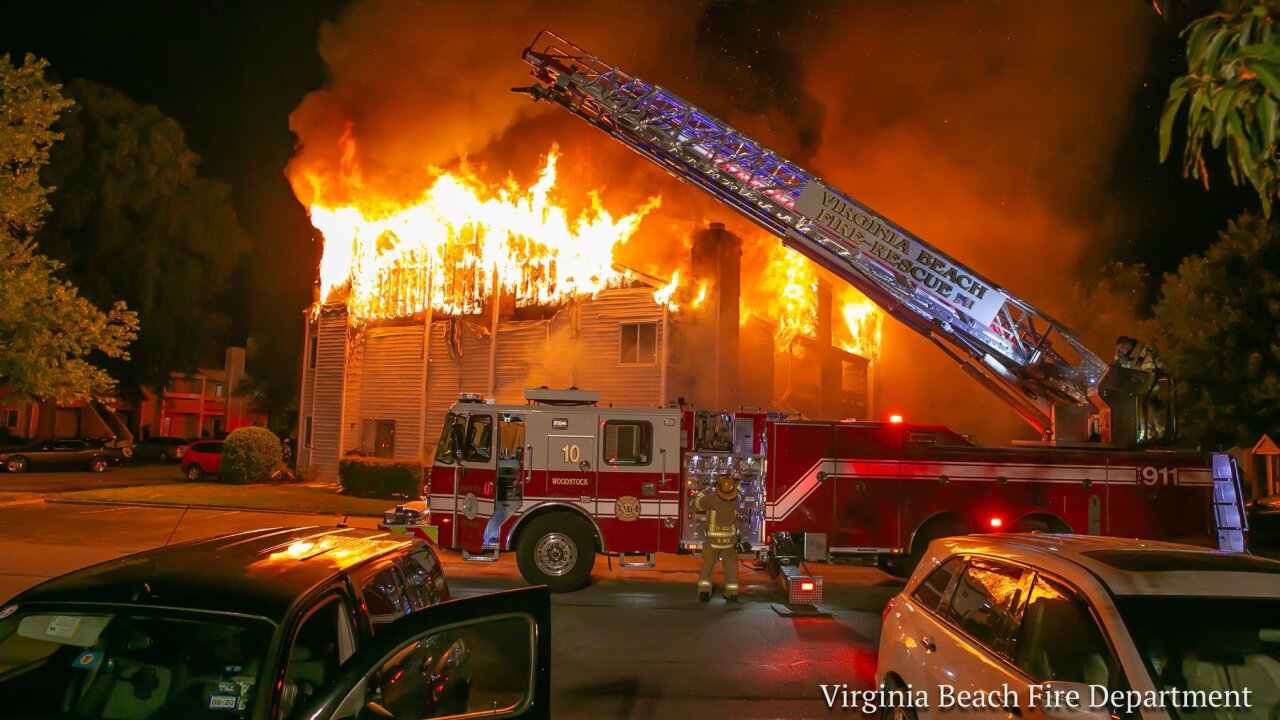 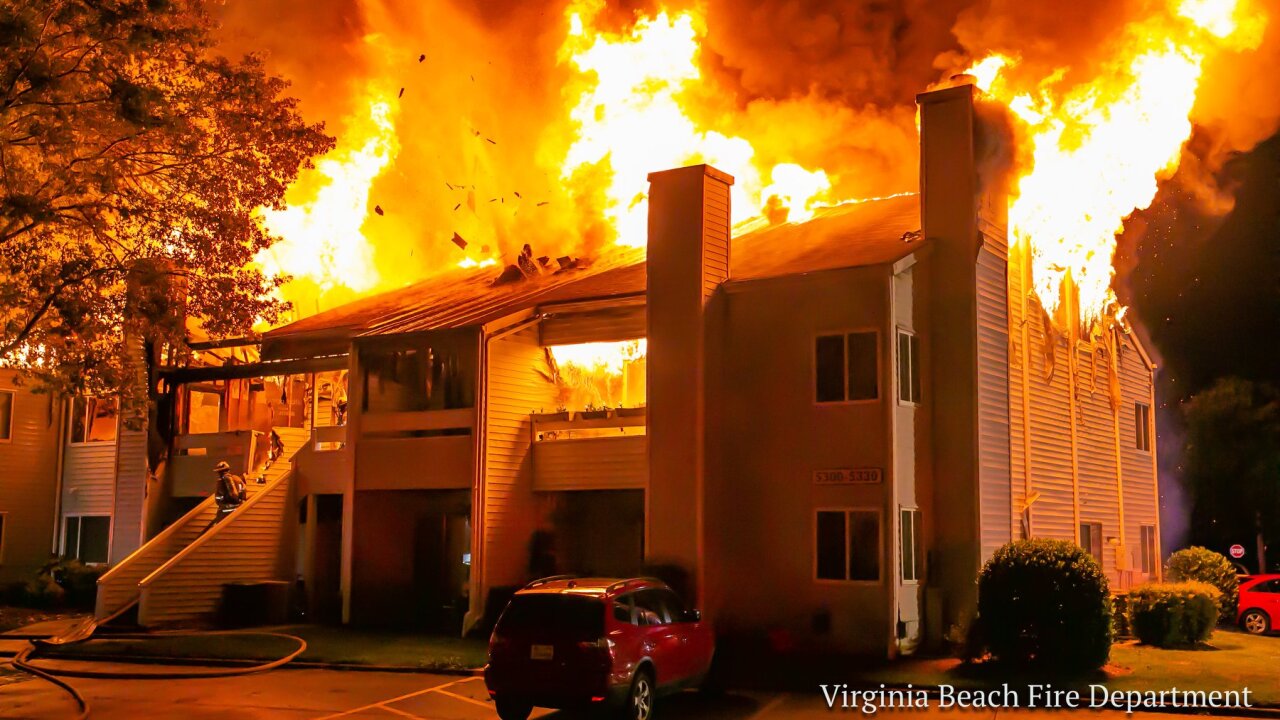 Officials said just after 11:30 p.m., the Virginia Beach Fire Department received a report about a fire at the Indian Lakes Apartments.

The first engine arrived on scene inside of five minutes and reported heavy fire coming from the roofline of the two-story apartment building. Within ten minutes of the first unit’s arrival, a second alarm was called in as the fire quickly spread through the attics along the entire building causing extensive damage to all 16 apartment units in the building, fire officials said.

15 of the 16 units damaged were occupied at the time of the fire. However, no injuries were reported.

The fire department says this is mostly due to the building having working smoke alarms. Residents said when they heard the alarms they quickly started knocking on doors to make sure all their neighbors got out safely.

Officials have confirmed that 22 adults and nine children are now displaced.

The fire is believed to be accidental, but the exact cause is still under investigation.

The Red Cross is assisting the displaced residents, many of whom said they did have renter’s insurance.