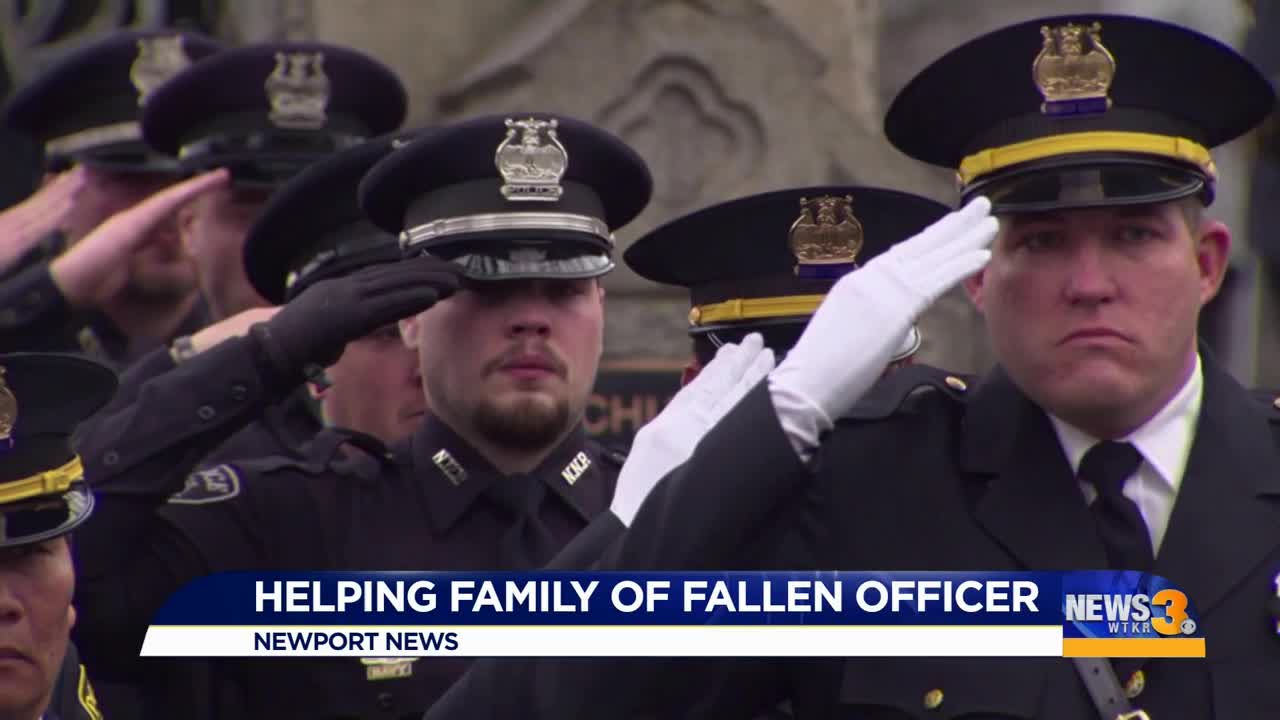 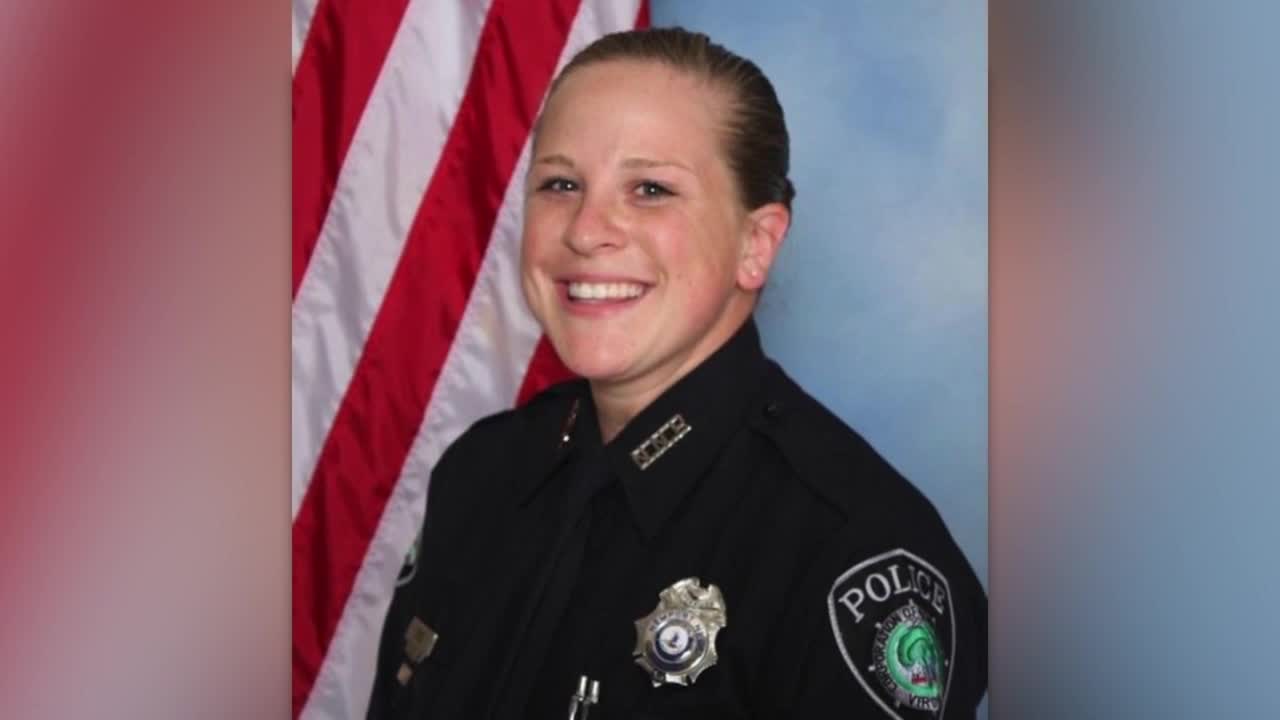 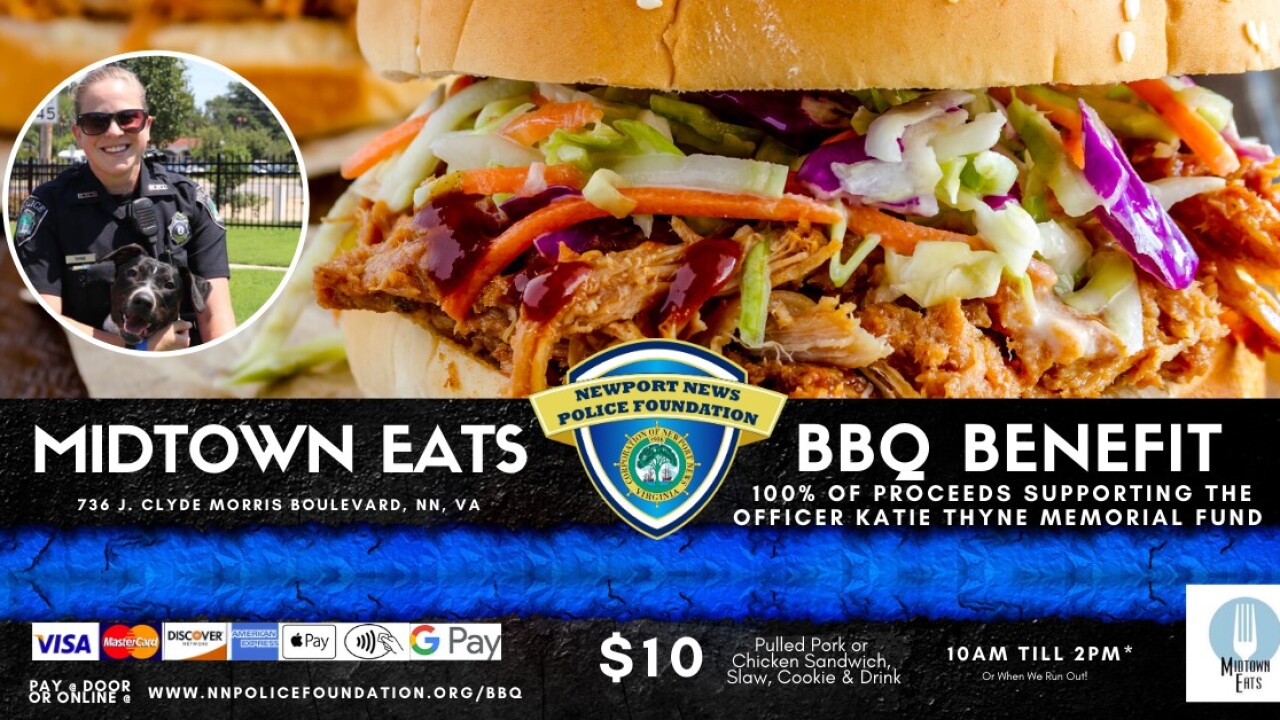 NEWPORT NEWS, Va. - More than two weeks after Officer Katie Thyne was killed during a traffic stop, a fundraiser will help make sure her young daughter is taken care of.

Midtown Eats at 736 J Clyde Morris Boulevard is joining with the Newport News Police Foundation serving up barbecue for a fundraiser on Saturday, February 8.

The restaurant says 100 percent of the proceeds will go to the foundation's Officer Katie Thyne Memorial Fund, which will set up a trust for Thyne's two-year-old daughter, Raegan.

Tickets are $10 and include a plate with a pulled pork or chicken sandwich, slaw and other goodies.

Tickets are available at the door or online.