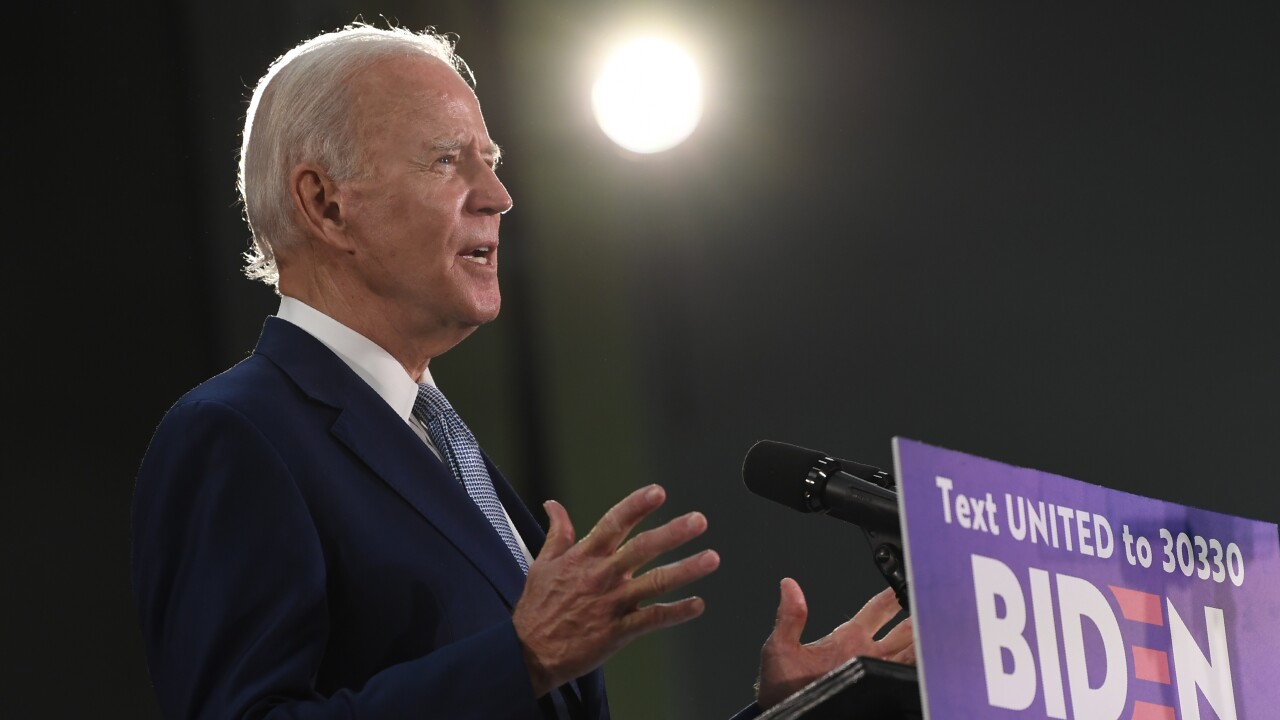 WASHINGTON (AP) — Joe Biden has formally clinched the Democratic presidential nomination, setting him up for a bruising challenge to President Donald Trump that will play out against the unprecedented backdrop of a pandemic, economic collapse and civil unrest.

The former vice president has effectively been his party’s leader since his last challenger in the Democratic primary, Bernie Sanders, ended his campaign in April. But Biden pulled together the 1,991 delegates needed to become the nominee after seven states and the District of Columbia held presidential primaries Tuesday.