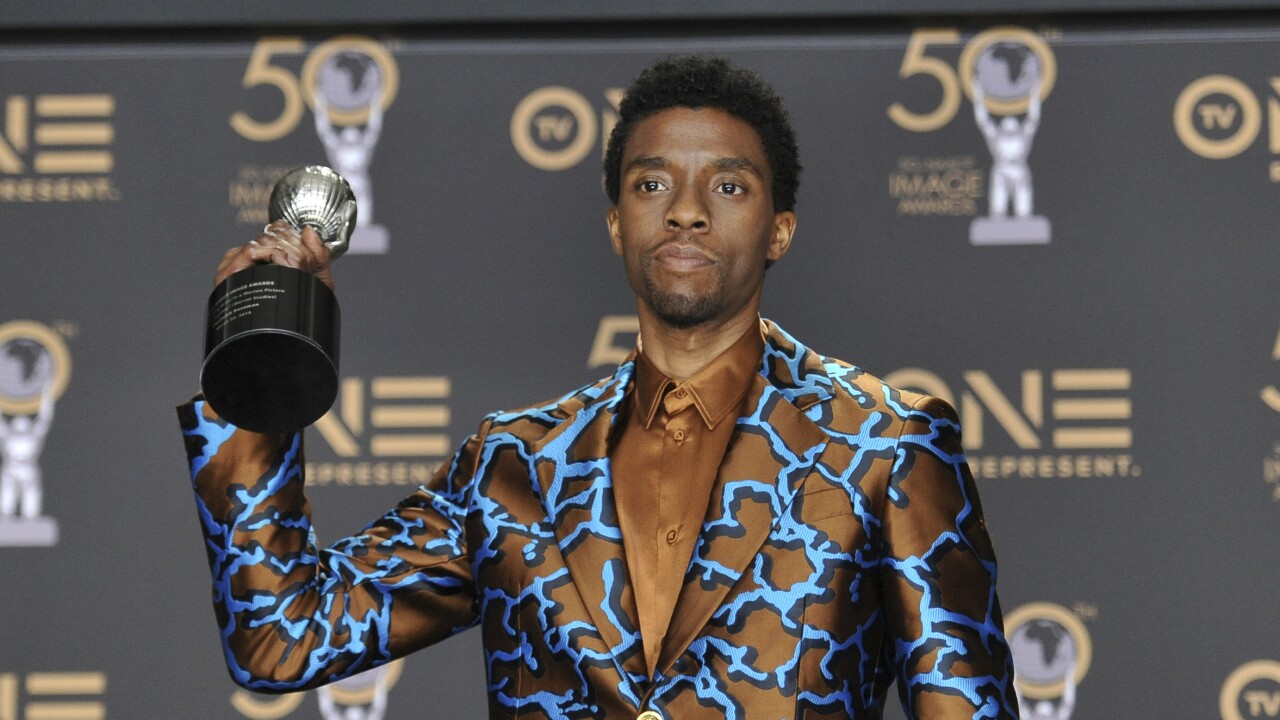 Richard Shotwell/Richard Shotwell/Invision/AP
FILE - In this Saturday, March 30, 2019 file photo, Chadwick Boseman poses in the press room with the award for outstanding actor in a motion picture for "Black Panther" at the 50th annual NAACP Image Awards at the Dolby Theatre in Los Angeles. Actor Chadwick Boseman, who played Black icons Jackie Robinson and James Brown before finding fame as the regal Black Panther in the Marvel cinematic universe, has died of cancer. His representative says Boseman died Friday, Aug. 28, 2020 in Los Angeles after a four-year battle with colon cancer. He was 43. (Photo by Richard Shotwell/Invision/AP, File)

His representative says Boseman died Friday in Los Angeles after a four-year battle with colon cancer. He was 43.

Boseman died at his home in the Los Angeles area with his wife and family by his side, his publicist Nicki Fioravante told The Associated Press.

Boseman was diagnosed with colon cancer in 2016, his family said in a statement.

In addition to the mega-hit "Black Panther," Boseman also played Jackie Robinson in the movie "42." Friday also happened to be No. 42 Day in MLB.

"Black Panther" was nominated for an Academy Award for Best Picture. For his performance, Boseman won a BET Award and an MTV Movie and TV Award for Best Actor for his portrayal of T'Challa.