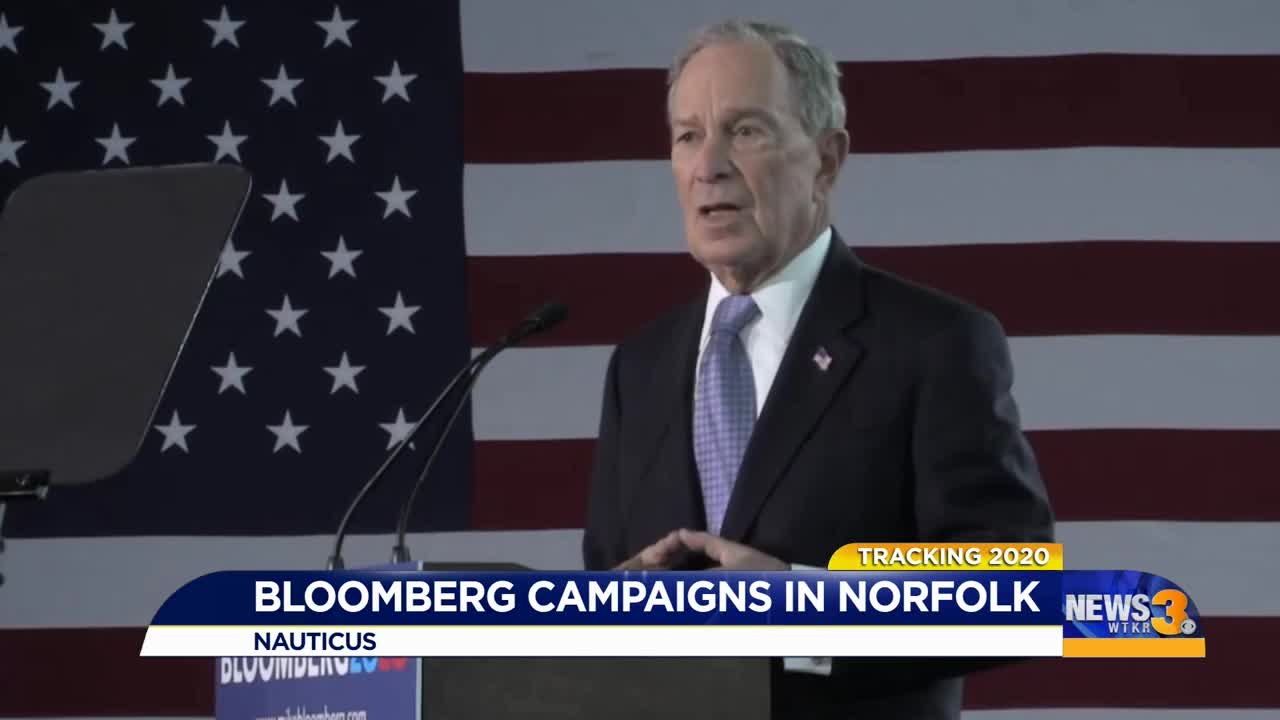 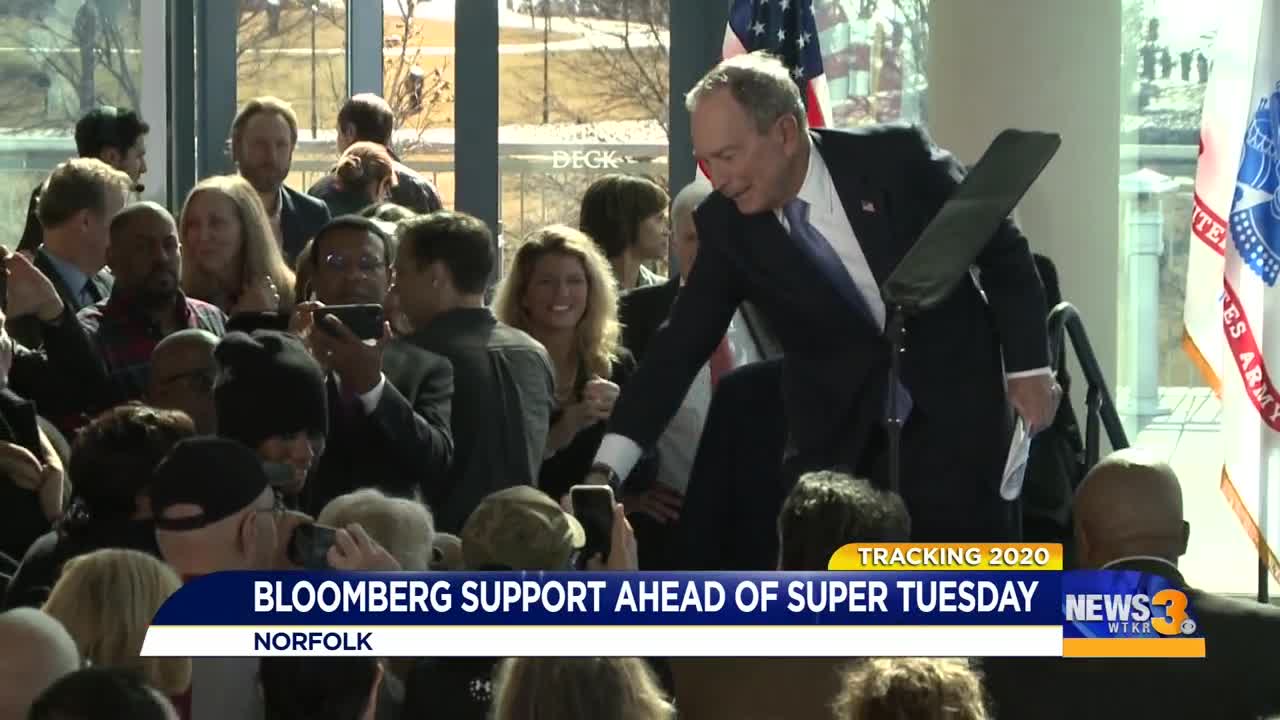 NORFOLK, Va. - Former New York City Mayor Michael Bloomberg promised to be a steady Commander and Chief during a campaign stop in Norfolk Friday morning. He tried to show contrasts between himself and President Trump.

"I spell the word team with four letters: t-e-a-m. He spells it with one letter: I," Bloomberg told the crowd of supporters at the Half Moone Cruise and Celebration Center.

During the visit, Bloomberg picked up an endorsement from former Navy Secretary Richard Spencer, whom the Trump administration fired in November over a disagreement with the handling of a case involving a Navy SEAL.

With Spencer nearby during his speech, Bloomberg said he would lead with a team advisers and promised to listen to all opinions, including dissenting ones. "Surrounding yourself with a bunch of yes people is the surest way I know to fail," he said.

Following his speech, Bloomberg talked one-on-one with News 3. He's risen in the polls in recent weeks amid a TV ad buying blitz, but still finds himself in the middle of the pack. He believes the other Democrats don't have what it takes. "As I watched what was going on, I said these people can't beat Donald Trump. They don't understand the job. They don't have the right skill sets for the job," he said.

With his late entrance into the presidential race, Bloomberg isn't running in the early states like Iowa, but is hoping for a big showing on Super Tuesday. "We've been to 25 states and 60 cities all in the last half a dozen weeks," he said. "We'll see whether that gives you an advantage or not."

Voters in Virginia and North Carolina will vote on March 3.