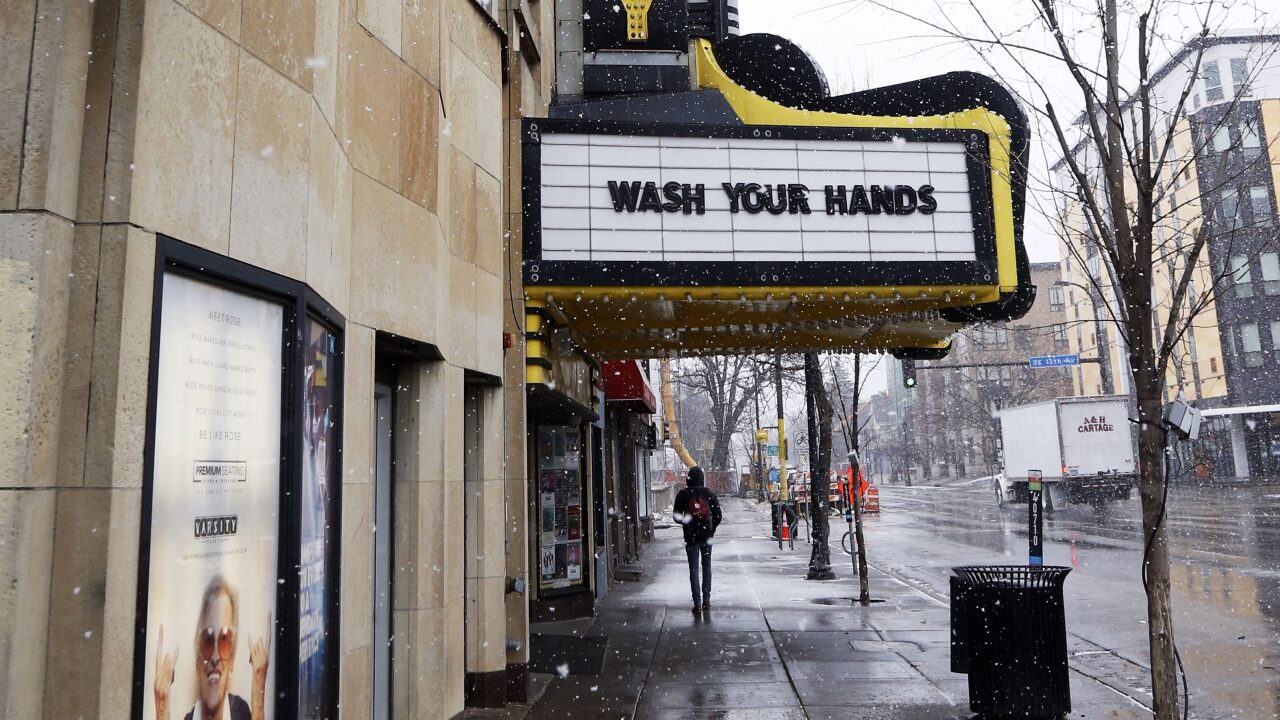 Jim Mone/AP
The Varsity Theater, home to concerts, used the marquee to address the need for washing hands due to the coronavirus, the disease that is caused by the new coronavirus, Monday, March 16, 2020 near the University of Minnesota in Minneapolis. (AP Photo/Jim Mone)

NEW YORK - U.S. movie theaters have closed nationwide due to the coronavirus pandemic.

It's an unprecedented shutdown for nearly all of the country's 40,000-plus screens.

The largest chains had tried to remain open even as Hollywood postponed its upcoming release plans.

But guidelines for social distancing steadily diminished the recommended size of crowds. President Trump on Monday urged against gatherings of more than 10 people.

AMC Theaters, the nation's largest chain, said Tuesday that its theaters would close altogether for at least six to 12 weeks.

AMC, one of the country's largest movie theater chains, and Nordstrom, one of America's largest department store chains, announced that they are closing all locations temporarily amid the COVID-19 pandemic.

According to a banner alert on the company's website, all AMC theaters are "temporarily closed in accordance with local and federal guidelines," and the theaters will "re-open when those guidelines allow."

Both Variety and The Hollywood Reporter say the AMC closures will last "for at least six to 12 weeks."

AMC's decision comes as governors and local politicians across the country have ordered the closure of movie theaters, gyms, casinos and other places of leisure in order to ensure social distancing and prevent the spread of the virus.

On Monday, Nordstrom said in an update on its website that that was closing all stores for two weeks beginning Tuesday. The retailer says it will still take orders online and through mobile apps.