Ax-wielding man removed from Michigan anti-shutdown protests, but no citations or arrests made 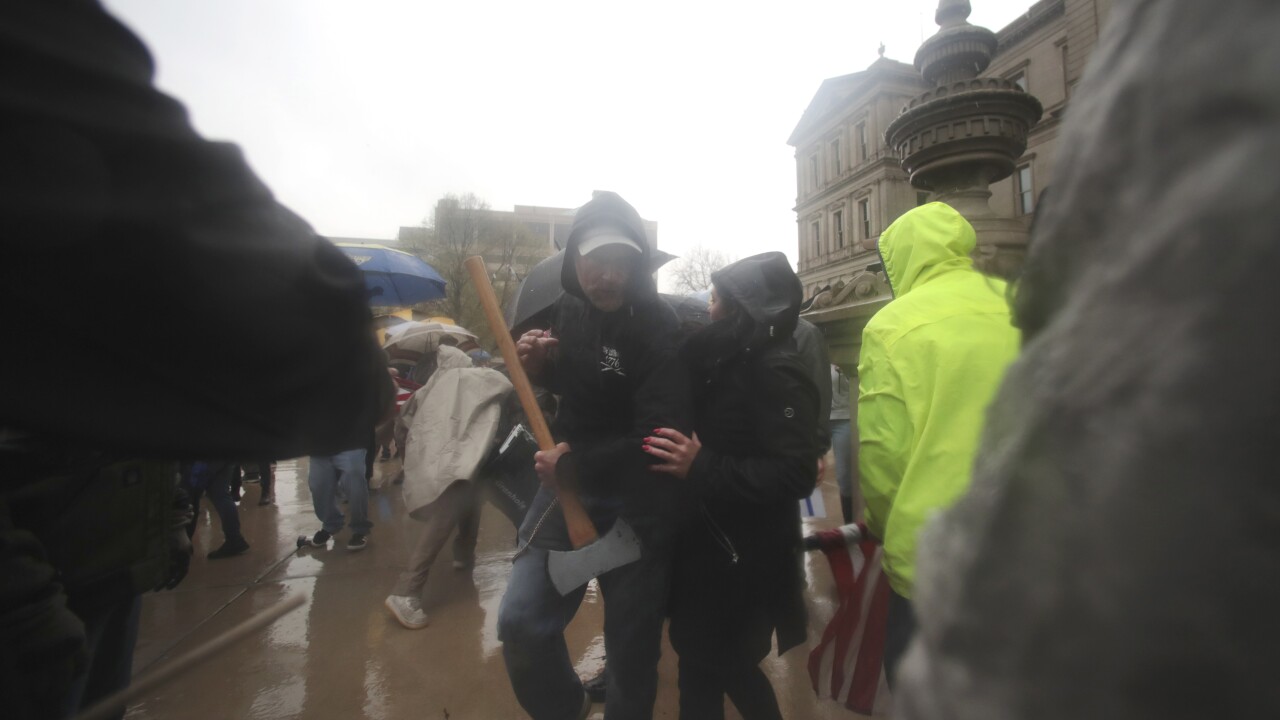 Copyright 2020 The Associated Press. All rights reserved
Paul Sancya/AP
A protester carries an axe that was removed from another person during a rally at the State Capitol in Lansing, Mich., Thursday, May 14, 2020. (AP Photo/Paul Sancya)

Protests at the Michigan capitol against Gov. Gretchen Whitmer’s stay-at-home order have all but wrapped for the day, with no arrests or citations made, according to Michigan State Police.

As the demonstration at the Capitol comes to an end, Lieutenant Oleksyk shares a final message below. pic.twitter.com/ltjUZVlOwY

At one point, several hundred protesters marched in the rain holding signs, some holding guns and some wearing masks.

Although no arrests were made, an ax was confiscated from a man and a scuffle between two demonstrators broke out.

MSP said there were no injuries during the fight. Officers interviewed the parties involved. The victim was identified as a 60-year-old man, police said.

Troopers have responded to a fight between two people. No injuries; scene secure. Involved parties being interviewed by officers.

The protest comes two weeks after Michigan made national headlines, when armed protesters gathered inside the state capitol.

Unlike two weeks ago, the legislature is not in session, so protestors – armed or not – didn’t have access to inside the capitol.

"I don't want to see people congregate, period," said the governor. "We know that contributes the spread. But, if people are going to come down and congregate, do it in a responsible way."

Michigan State Police are reminding protesters that while Michigan is an open carry state those seen brandishing a gun, will face consequences.

This article was written by WXYZ.