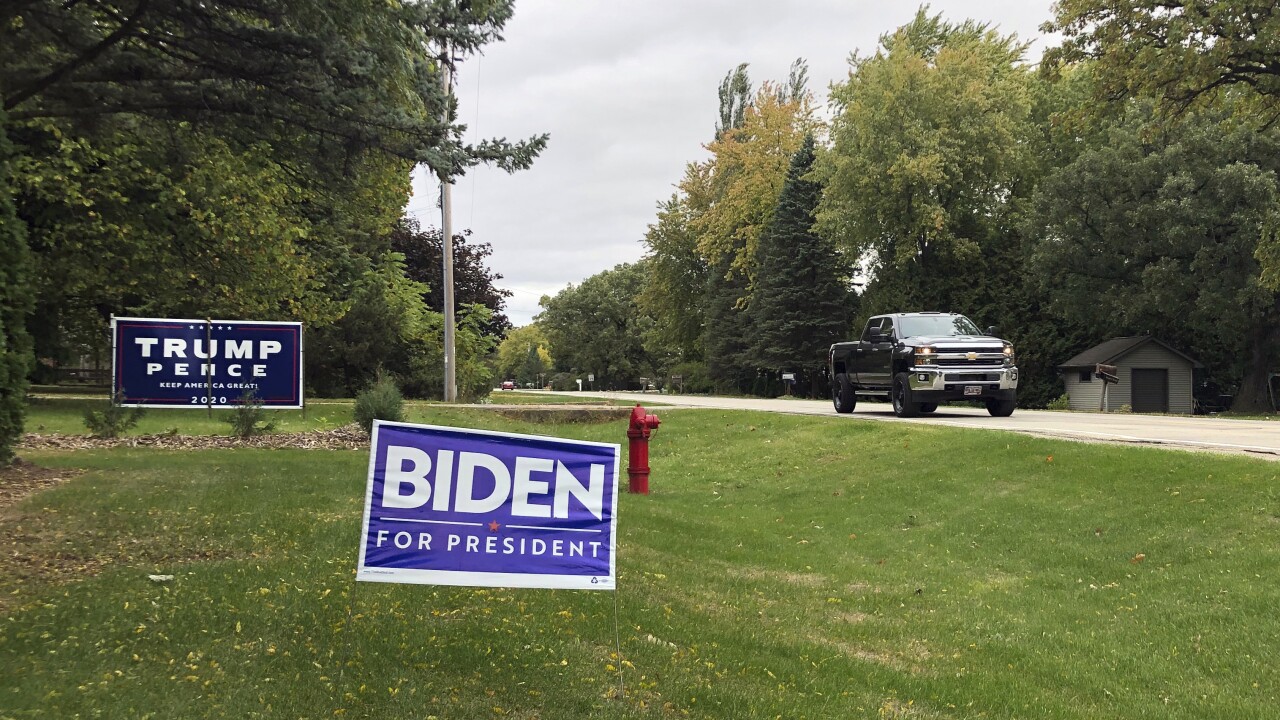 SOUTHAMPTON Co., Va. - Deputies are speaking out after reports say several political campaign signs were stolen out of people's yards.

Reports say campaign signs were stolen in the Sedley area of Southampton County Sunday night. There were also reports of signs being stolen in Surry County.

A post made by the Southampton Sheriff's Office on Facebook on Monday, stated: "We wanted to remind everyone that stealing campaign signs could lead to you being charged with trespassing and larceny."

The deputies in Southampton County say that you can call (757)-653-2100 if you have any information about these incidents.

The Surry County Sheriff's Office also made a Facebook post in regards to the stealing of campaigns signs.

Their post stated: "Let's be clear, taking campaign signs from someone’s property is a crime. Those violators will be charged. This is 2020 and there are cameras everywhere. Don’t get a criminal record, especially over the displeasure of a neighbor’s political views."

Residents in both counties are encouraged to report any information that could help deputies with their investigation.