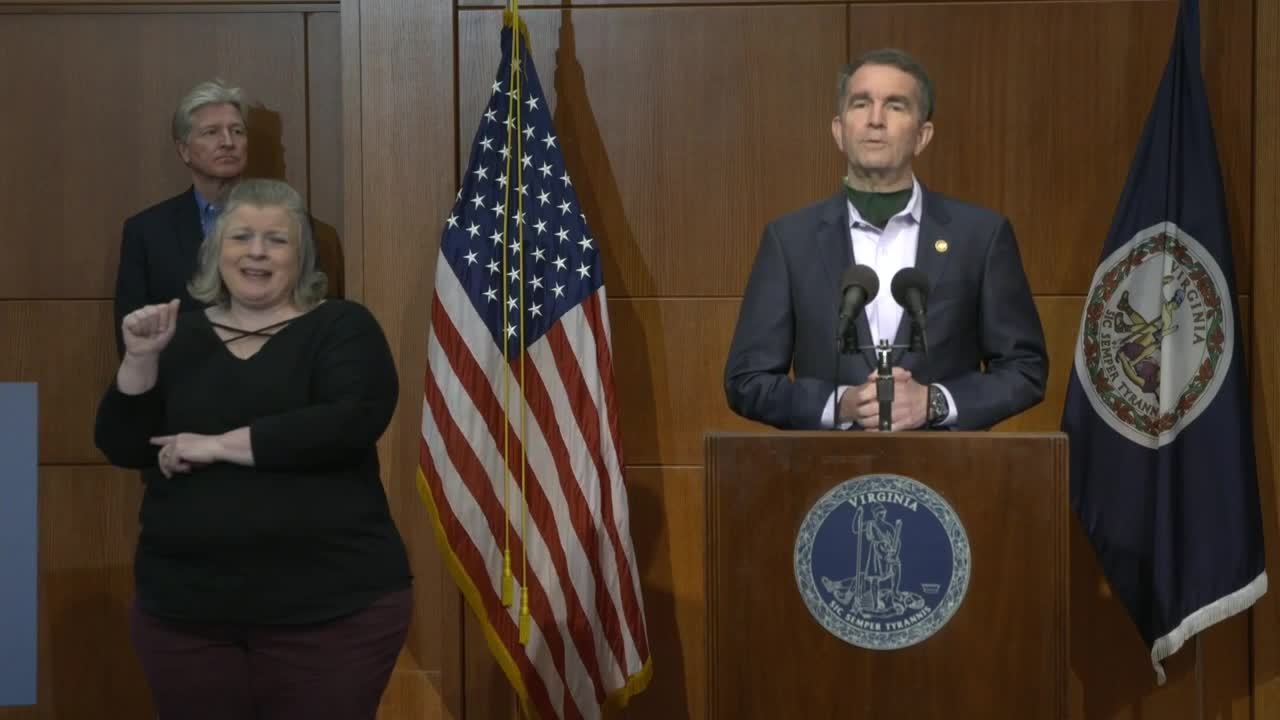 VIRGINIA - Gov. Ralph Northam announced that the Commonwealth will distribute $644.6 million in federal COVID-19 relief funding to local governments in its second and final round of allocations.

These payments represent the remaining 50 percent of local allocations and do not include $200.2 million that Fairfax County received directly from the federal government. The federal Coronavirus Aid, Relief, and Economic Security Act (CARES Act) established the Coronavirus Relief Fund (CRF) to provide funding to states and eligible units of local government navigating the COVID-19 pandemic.

Virginia received approximately $3.1 billion as its share of the $150 billion CRF. While the CARES Act does not require that states distribute funding to local governments with populations less than 500,000, the Governor recognizes that cities and counties of all sizes have expenses related to the ongoing COVID-19 pandemic and directed these federal dollars to localities.

“Virginia was one of the first states to provide such a large share of its federal aid directly to local governments,” said Governor Northam. “We are committed to making sure localities of all sizes get the assistance they need to respond to COVID-19 and keep Virginians safe during these unprecedented times.”

Secretary of Finance Aubrey Layne sent a memorandum to cities and counties in Virginia on May 12, outlining the distribution of the first round of allocations to local governments, totaling $644.6 million. Once the second and final round of payments are disbursed, records say the Governor will have distributed 100 percent of the local allocations the Commonwealth received under the CARES Act, providing a total of $1.3 billion to localities.

“Local governments are responsible for spending the money they receive, and we need them to step up and make sure that these federal dollars are going to the right places,” said Secretary of Finance Aubrey Layne. “Localities must be able to demonstrate to taxpayers that they are spending these funds wisely.”

Similar to the first round, the second round of funding will be allotted proportionally based on population. Consequently, the second round of allocations will be equivalent to the amount each locality received in the first round on June 1. The Secretary of Finance issued an updated memorandum to cities and counties regarding the second and final allocation of federal CRF dollars. The updated memorandum, which includes the distributions by locality, is available here.

To receive the second allocation, localities must submit a new certification form and complete an online survey regarding the use of their CRF dollars. After these two documents are completed and submitted, the Department of Accounts will initiate the transfer of funds to the local Treasurer. Localities can expect to receive the transfer from the State Comptroller within five business days following confirmation of receipt of the completed documents.

The CARES Act requires that CRF dollars only be used to cover costs that (1) are necessary expenditures incurred due to the COVID-19 public health emergency, (2) were not accounted for in the budget most recently approved as of March 27, 2020 (the date of enactment of the CARES Act) for the state or government; and (3) were incurred during the period of March 1, 2020 and December 30, 2020.

The Commonwealth has distributed more than $600 million to K-12 schools and higher education institutions and $70 million to assist child care facilities in providing services for essential personnel.

Virginia also allocated $85 million in CARES Act funding to support child nutrition programs, and $219 million for the Pandemic EBT program through the Department of Social Services.