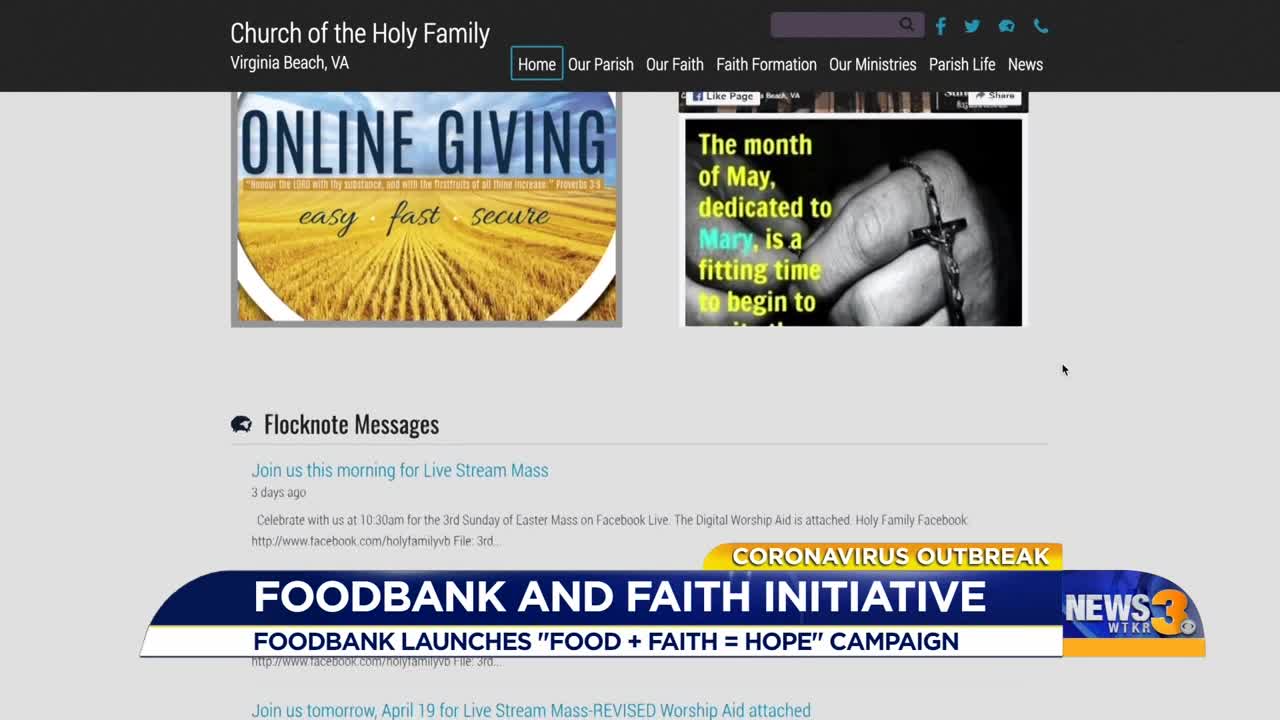 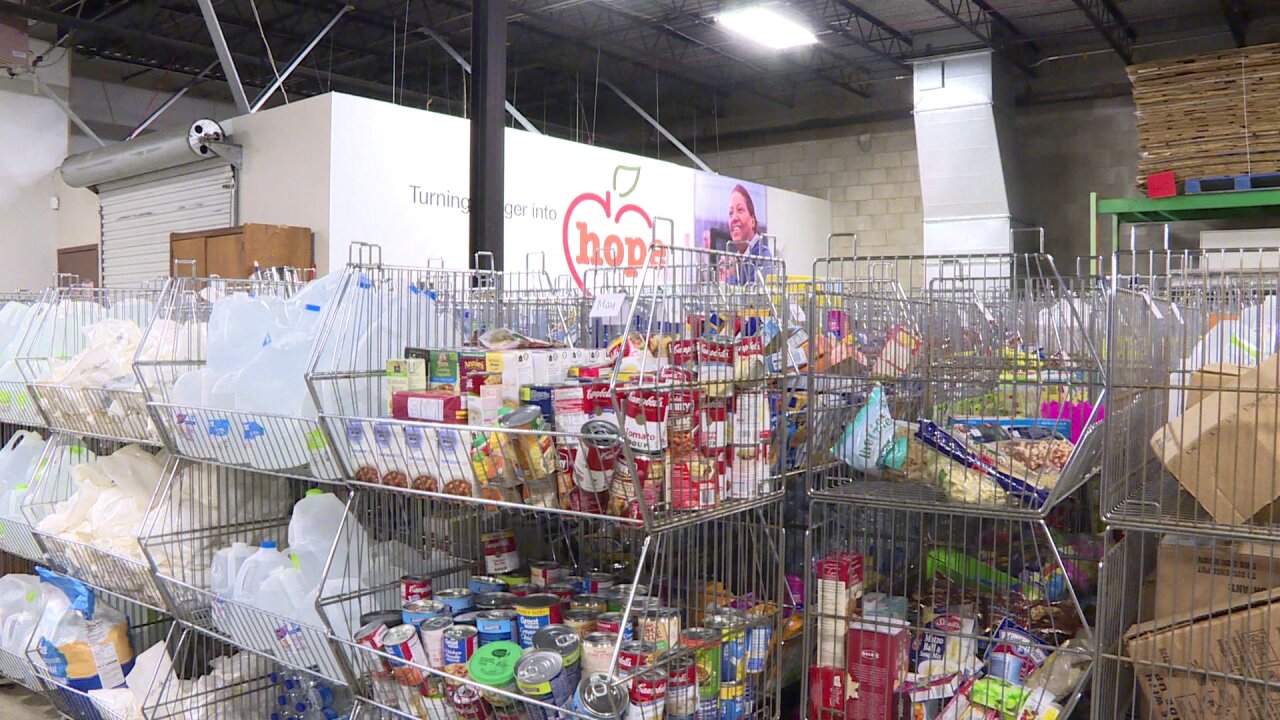 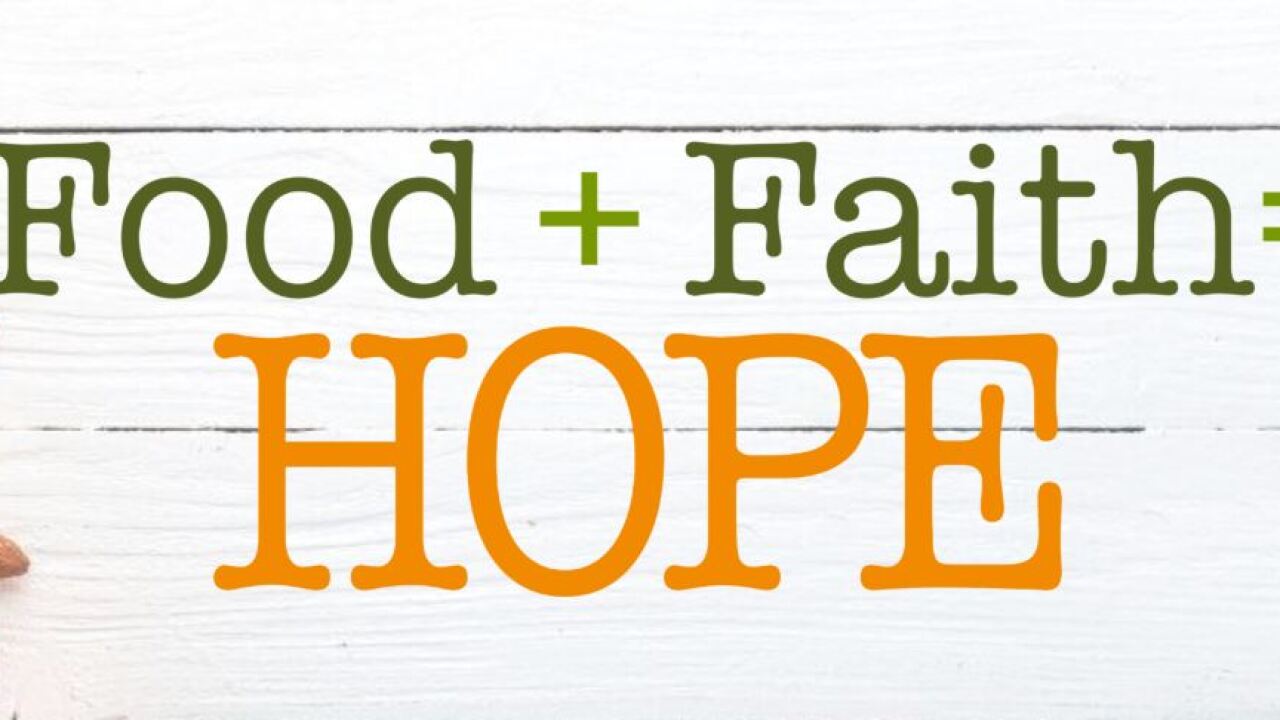 NORFOLK, Va. - Many people impacted by the pandemic are finding themselves at food banks for the first time.

The Foodbank of Southeastern Virginia and the Eastern Shore has been working hard to keep up with the demand, and they're hoping a new campaign will help them do even more for some of the most vulnerable - our senior citizens.

They're looking to the faith-based community to help them in three ways: Donate funds, donate time by volunteering to deliver meals and donate your voice by sharing information about the campaign on social media.

The goal is to deliver an additional 15,000 meals to seniors each week over the next nine weeks.

"We know right now that seniors need to remain in their own homes and that some of them are facing hunger and experiencing food insecurity, so this is an opportunity for us to do something that goes above and beyond what we have traditionally done and work with partners to implement this effort in very creative ways," said Dr. Ruth Jones Nichols, President and CEO of the Foodbank of Southeastern Virginia and the Eastern Shore.

The campaign officially kicks off Monday, May 4, but they’ve already gotten a huge boost from a church in Virginia Beach.

An anonymous parishioner at Church of the Holy Family came forward last month, pledging to match donations to the food bank up to $10,000.

It took the church just six hours to raise the money.

Brian Alexander, Social Justice Coordinator at Holy Family, says he was shocked to see the donations come in so quickly.

"We in the committee had Plan A, Plan B, Plan C if we didn’t raise this money because we didn’t want the $10,000 sitting on the table. We were going to raise $10,000, so we had different plans. We never thought that in less than six hours we would have the $10,000. I never expected that," said Alexander. "I just think people want to do; they want to give; they want to find a way."

Altogether, they ended up raising $34,000 for the food bank in just a few days.

Click here to go to the Food + Faith = Hope fundraising page and to learn more.