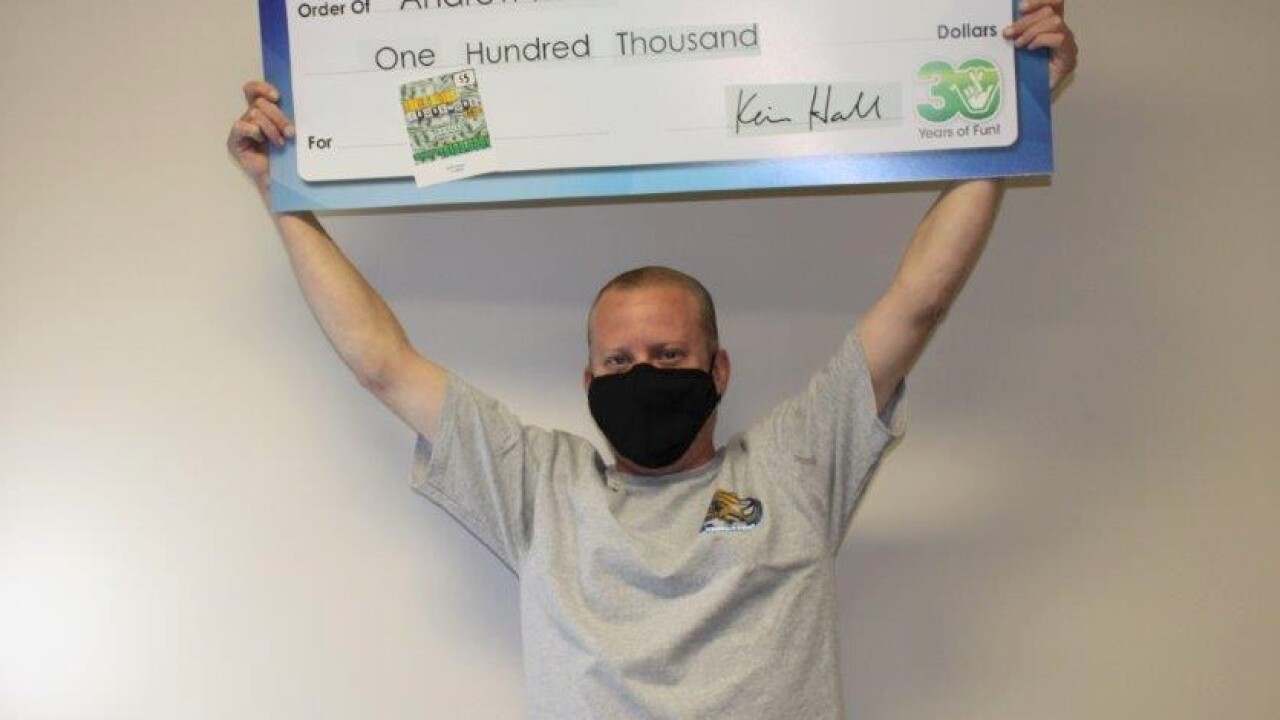 NORFOLK, Va. - A Norfolk man had an exciting win with the Virginia Lottery!

Andrew Miller likes to play crossword games, and he’s had some success at it. But he had never had an experience like the one when he scratched a Super Bonus Crossword ticket from the Virginia Lottery and discovered he’d won the $100,000 top prize, the lottery said.

“I was home with my girlfriend,” the Norfolk man told Lottery officials. “It was unbelievable! We were jumping around, hugging each other!”

He bought his winning ticket at the Rite Aid at 525 West 21st Street.

Super Bonus Crossword features prizes ranging from $5 to $100,000. This is the third top prize claimed in the game, which means one more remains unclaimed.

Miller is a restaurant manager and said he has no immediate plans for his winnings.