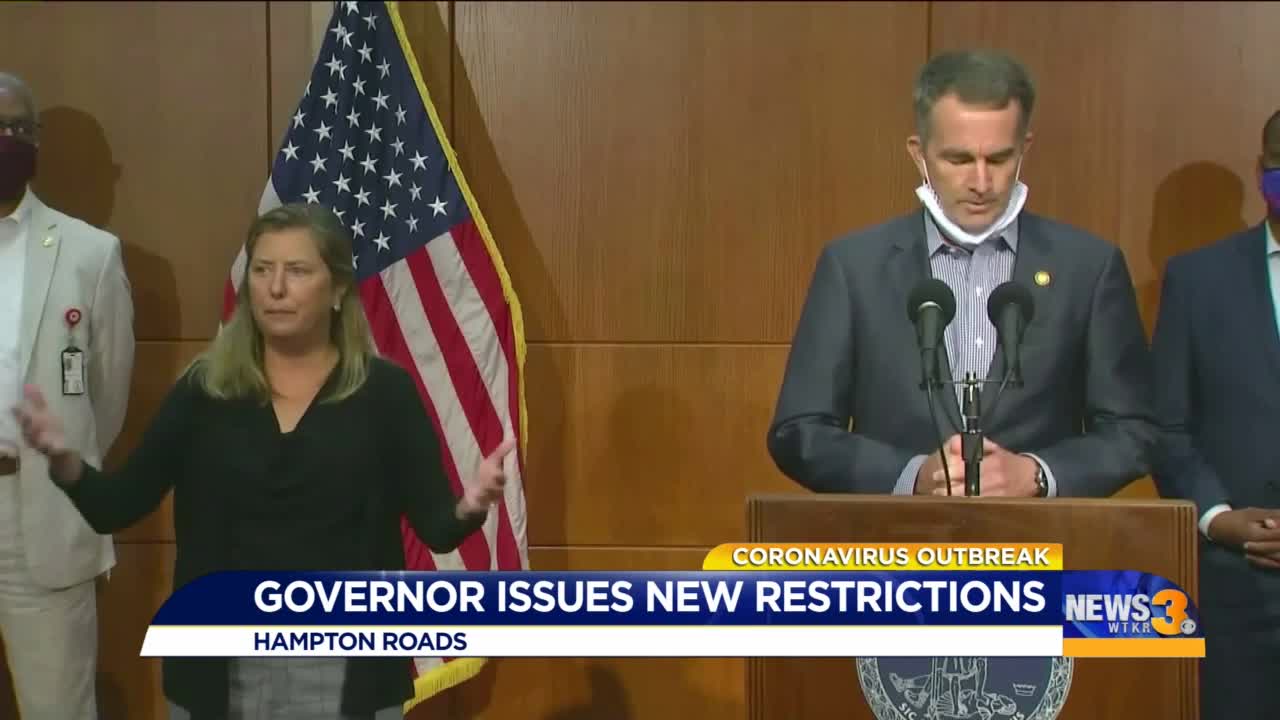 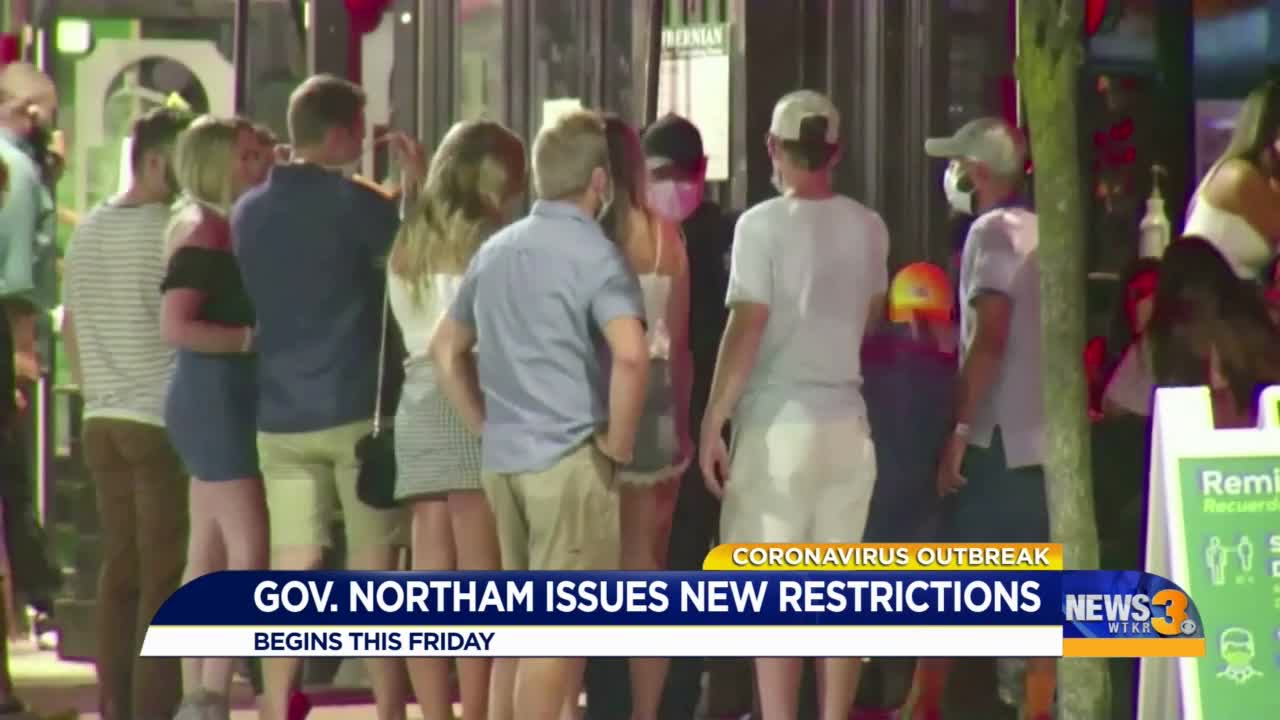 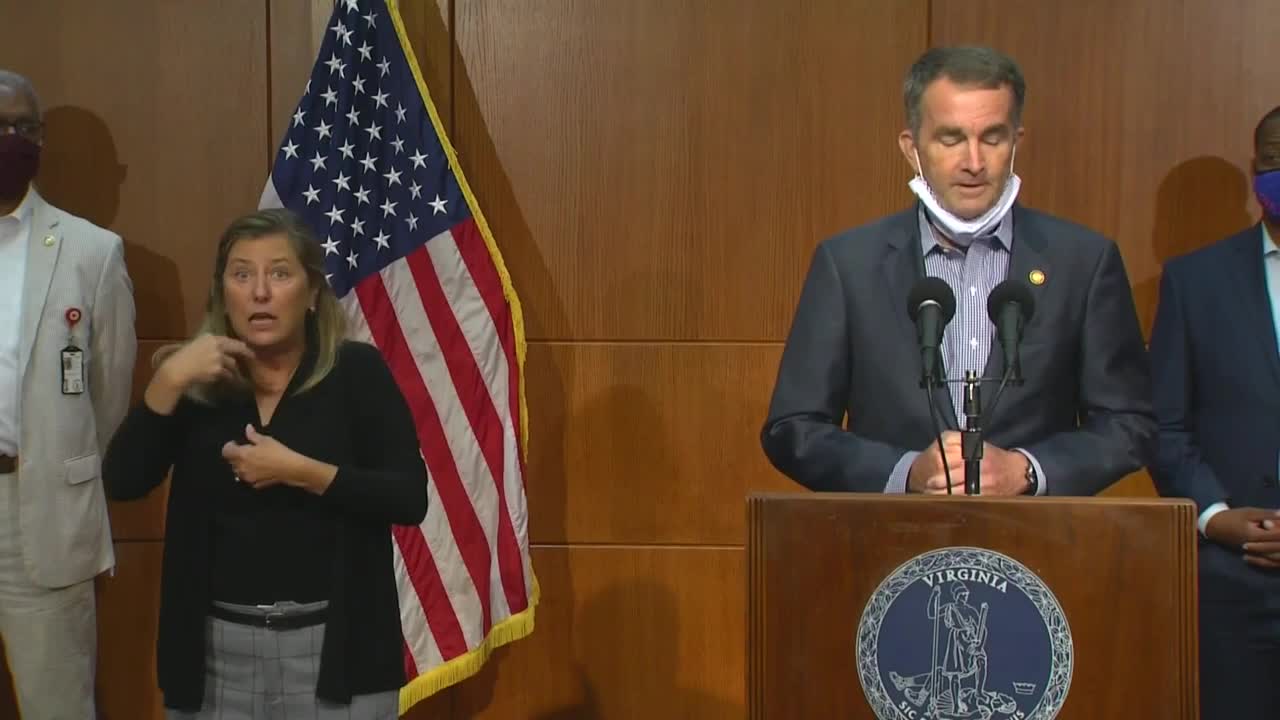 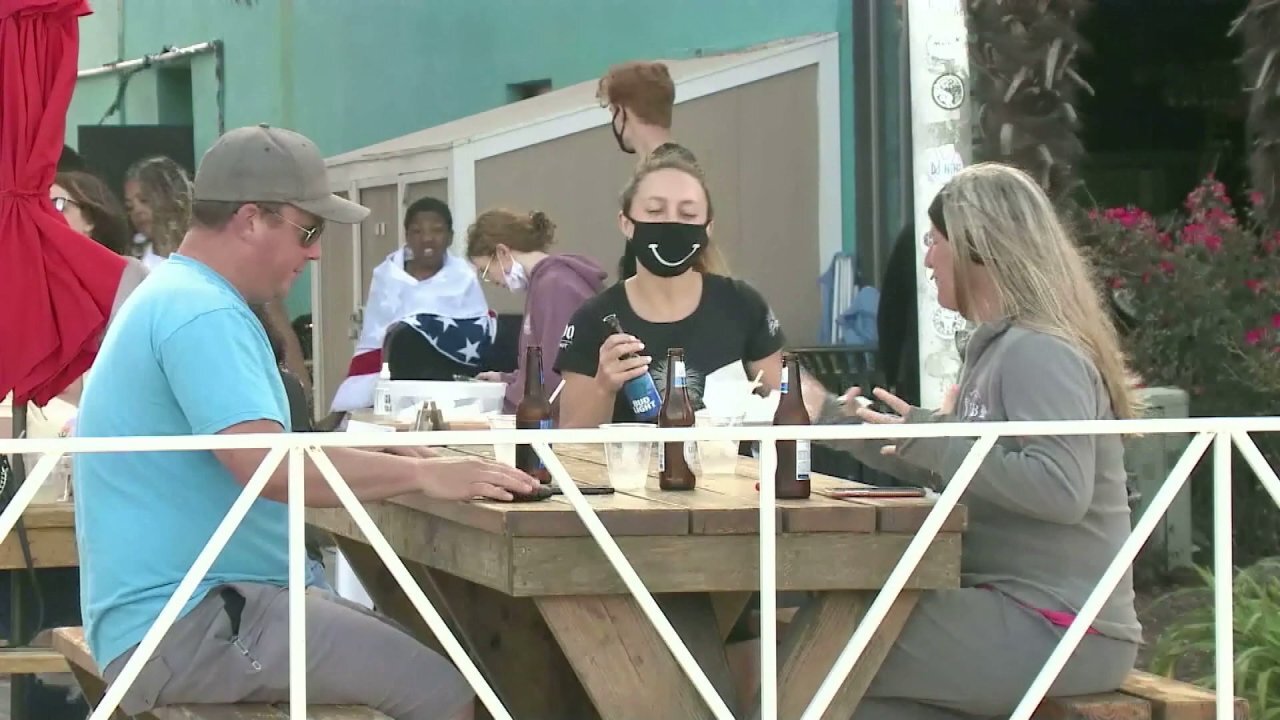 On Tuesday, he said he is issuing an executive order that will begin Friday, July 31 at midnight.

First, he said alcohol will be prohibited to be sold or consumed on site after 10 p.m., and all restaurants must close by midnight, effectively closing bars late night in Hampton Roads.

Local indoor dining will now be at 50% capacity, this includes breweries, distilleries and wineries.

Northam also said gatherings of more than 50 people will be prohibited, including parties indoors and outdoors.

Overall, the percent of positive COVID-19 cases locally is 10.8% positive. It ranges from 9.9-18.6% positive across Hampton Roads areas.

The rest of Virginia, not including Hampton Roads is at 6% positivity, Northam said.

Local health directors told Northam that the significant shift in additional cases is in our younger age groups.

Northam said this is largely due to increased socialization with non-household members like barbecues and birthday parties.

Northam also said he was using input from local mayors on deciding how to respond to the spike of cases. The mayors of Hampton, Norfolk and Virginia Beach all sent him letters explaining the measures they're taking.

Virginia Beach Mayor Bobby Dyer made specific policy recommendations, including forcing restaurants to cut off alcohol sales at 10 pm with a curfew after midnight.

Norfolk Mayor Kenny Alexander called for more funding to help mitigate the spread. "Again, your concern is warranted and appreciated, but the City of Norfolk and other localities throughout the Commonwealth require more resources and aid in order to realize more substantial progress in limiting the spread of this virus," Alexander wrote.

Hampton Mayor Donnie Tuck sent Northam a report of how the city is enforcing guidelines.