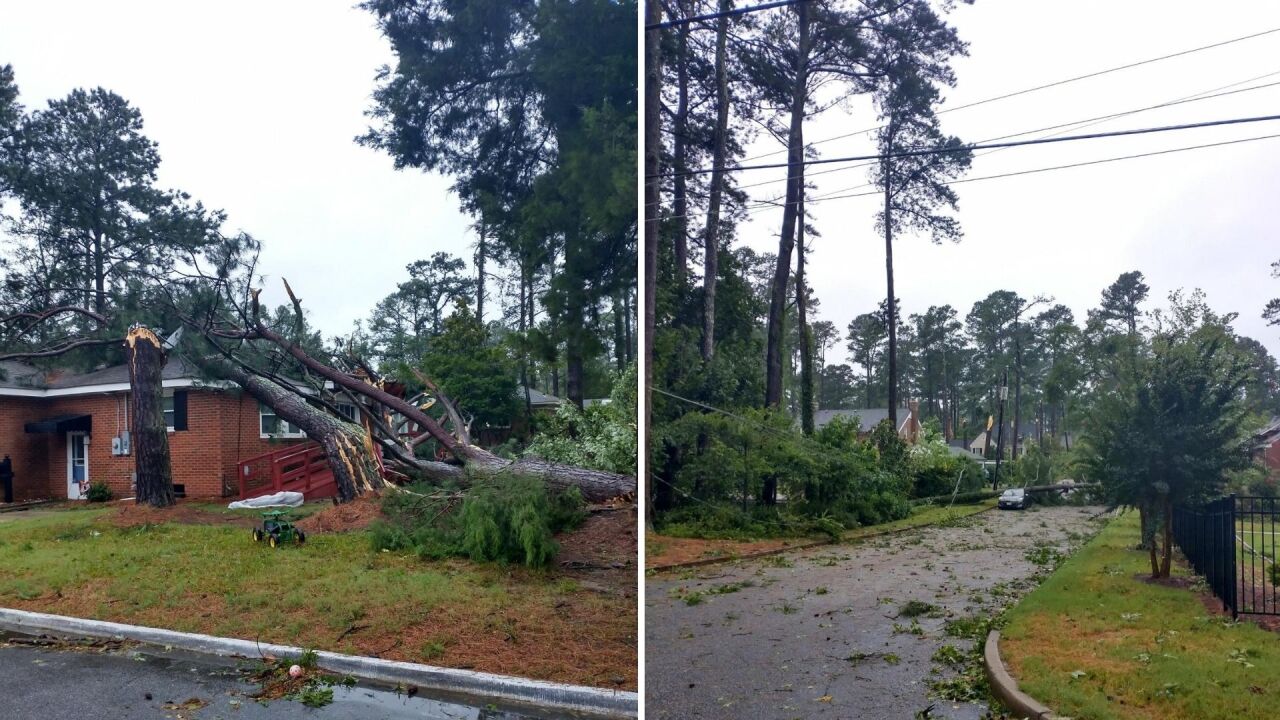 HAMPTON ROADS, Va. - Governor Ralph Northam has spoken out about the emergency responses many cities are conducting as they face damage from Tropical Storm Isaias.

Northern Virginia is experiencing extremely heavy winds and rain, the governor stated in a tweet around 10 a.m., Tuesday.

Northam also stated that emergency teams are on the ground responding to storm damage in Suffolk, Southampton, Lancaster County, and those city's surrounding areas.

He advised that residents should stay alert and follow all instructions provided by emergency personnel.

Please continue to stay alert and follow all instructions from emergency personnel.

Officials in Williamsburg said they returned to normal operations at 12 p.m., following partial activation of the Emergency Operations Center early Tuesday morning. Public Works crews are continuing to clean up debris and blocked storm drains. Tropical Storm Isaias brought about 5 inches of rainfall and high winds, causing power outages for more than 1,000 customers in the city.

As of 9 a.m., approximately 35 trees were reported down, with six of them in structures, resulting in varying degrees of damage.

Tuesday afternoon, York County will stand down from its emergency storm response mode, but will follow-up with those situations that caused property damage.

Newport News Sheriff's Office is currently clearing trees from the streets that fell due to Isaias, early Tuesday morning.

Storm cleanup is underway. Our community maintenance crews are clearing trees from neighborhood streets that fell during #Isais early this morning. pic.twitter.com/rZ5rvakvP6

In Portsmouth, crews from Parks and Recreation and Public Works began surveying damage and working to remove debris from roadways, including downed trees and limbs. As of 12 p.m., these crews have made steady progress and continue working. Several locations involve downed power lines and crews must wait for Dominion Energy to secure the lines before these roads/areas can be cleared.

Minor damage was reported in Portsmouth, but over 44,000 Dominion Energy customers experienced outages.

The City of Virginia Beach is recovering and monitoring conditions in the aftermath of Tropical Storm Isaias. As of 9 p.m. Tuesday, Dominion Energy said they've restored power to 50,000 customers in the city Tuesday, and there are about 38,000 more to go.

Crews have been out assessing damage since dawn. There are trees and power lines down, alarm systems malfunctioning, roadways flooded, and reports of some houses and buildings damaged.

Power outages have led to multiple VB city infrastructure outages including 80 pump stations, 30 traffic signals, and most of the buildings in the municipal center.

City officials said most city facilities will reopen as scheduled on Wednesday.

As of 9 p.m. Tuesday, a few city facilities are still without power. Officials are planning delayed openings of the following facilities, pending power restoration, at around 1 p.m. Wednesday: