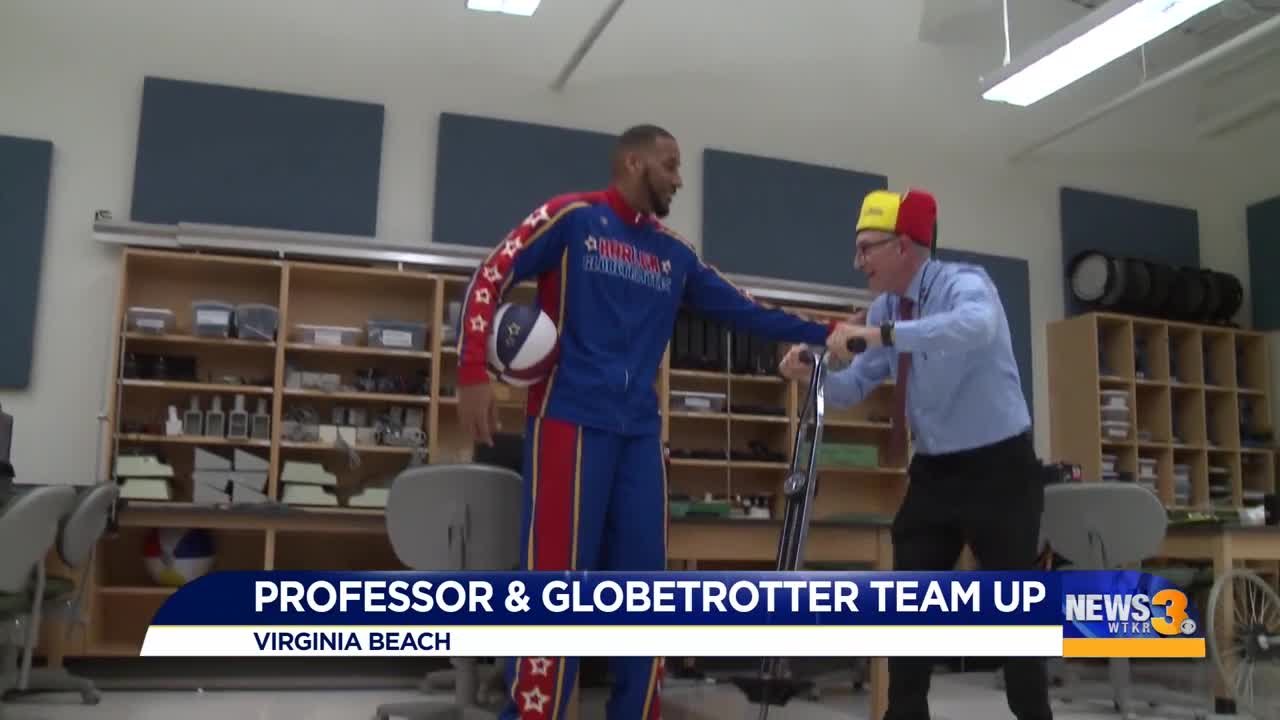 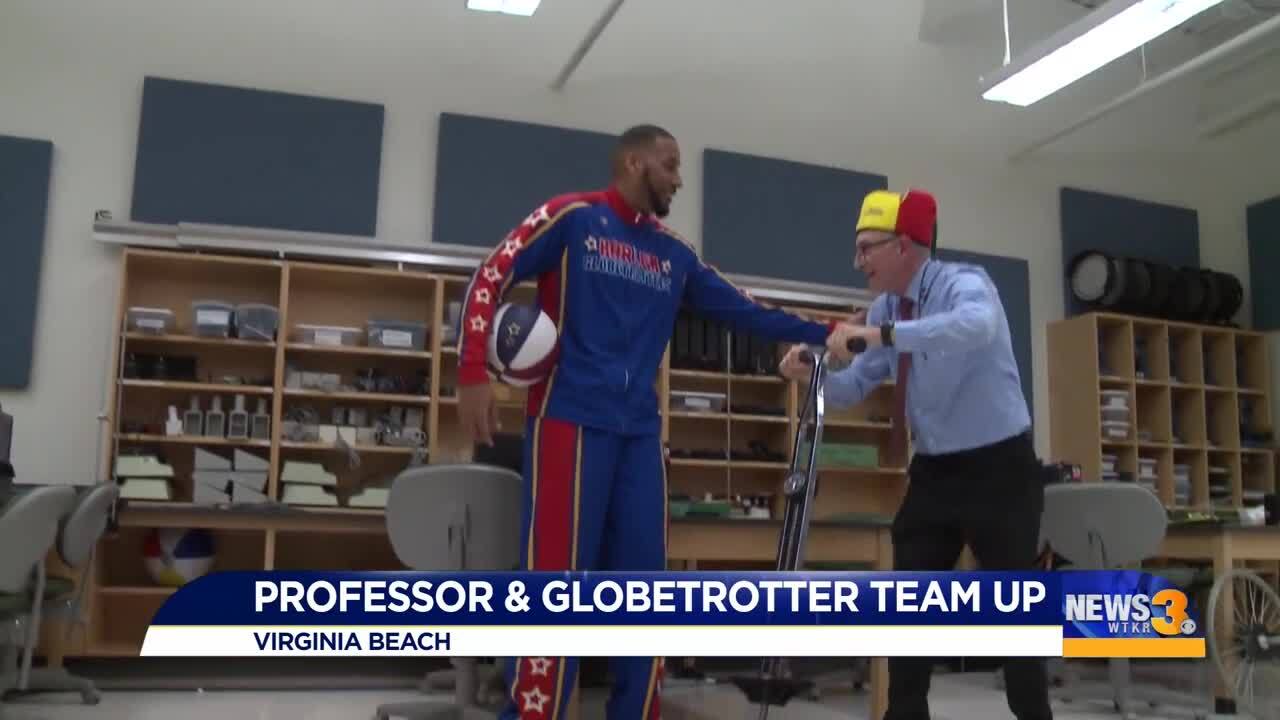 NORFOLK, Va. - The Harlem Globetrotters are in town for a show at the Chartway Arena but one of the players was in a classroom Tuesday.

The two gave a lesson on the science behind basketball!

McClurkin said, “How cool is it to have a professor that cares about the students so much that they would go to such great lengths to make sure that they are getting the material by demonstrating it, I think that’s pretty special.”

Wright's viral video has been viewed more than 30 million times and he's since had interviews with the BBC, Yahoo, NPR Education and was flown to Los Angeles to appear on "The Kelly Clarkson Show."

Professor Wright said things have slowed down a little since the video first went viral. He said he has been excited about all the opportunities but his top thought is still, “Most days I try to get my students excited about science.”