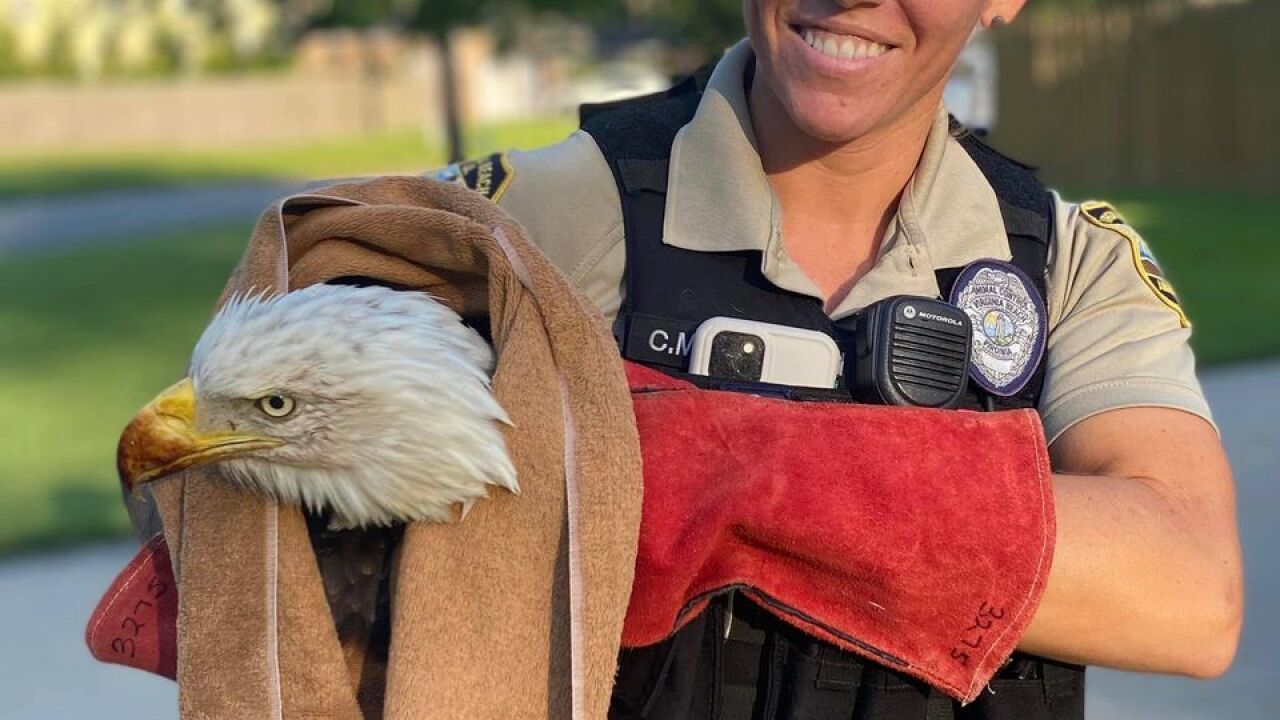 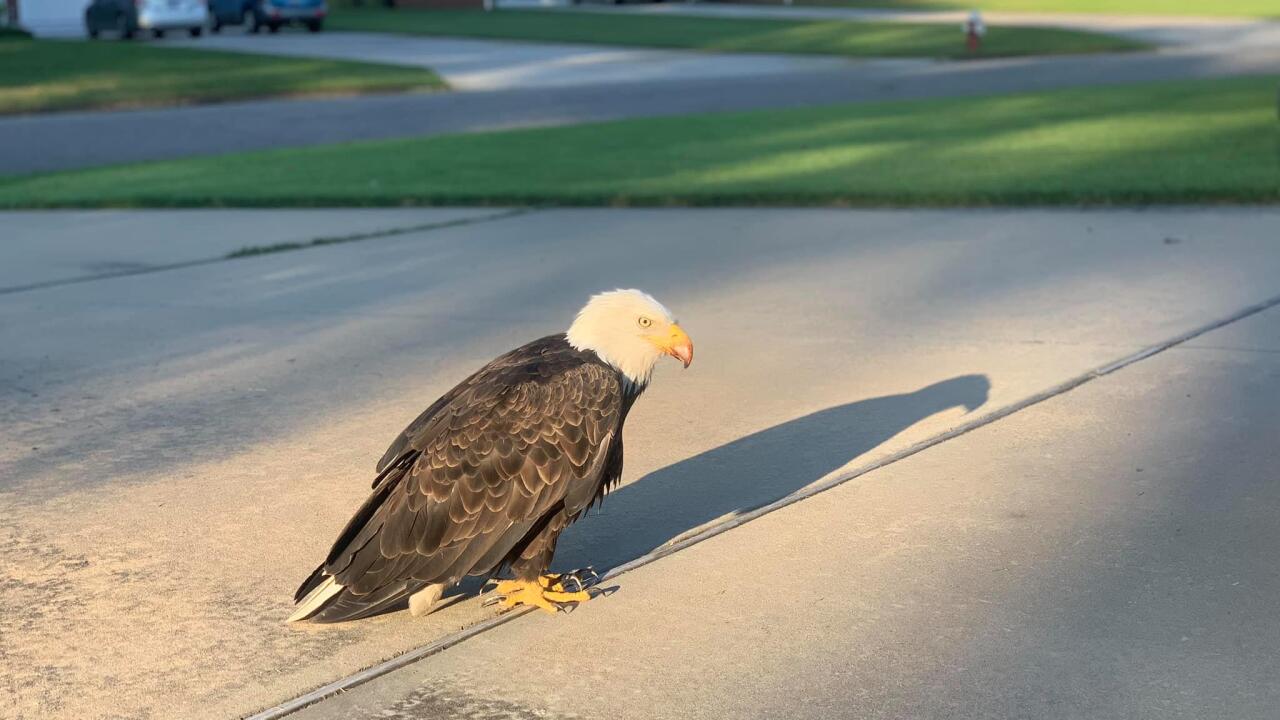 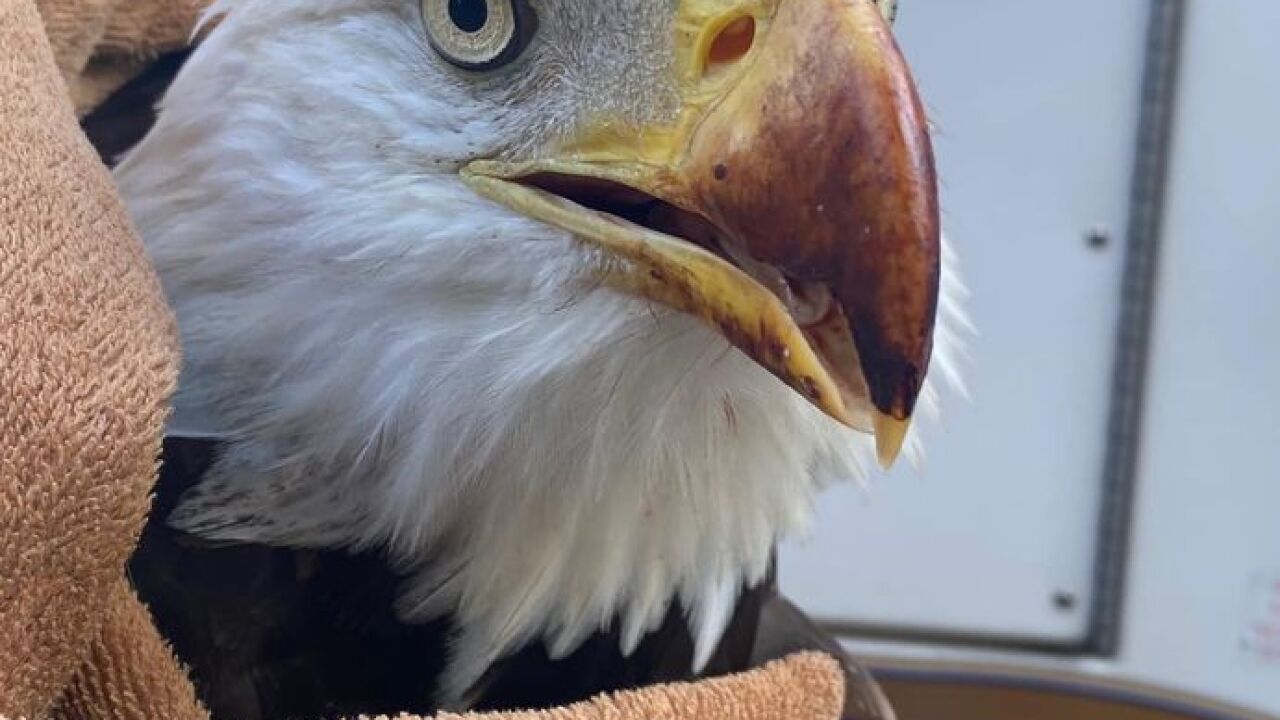 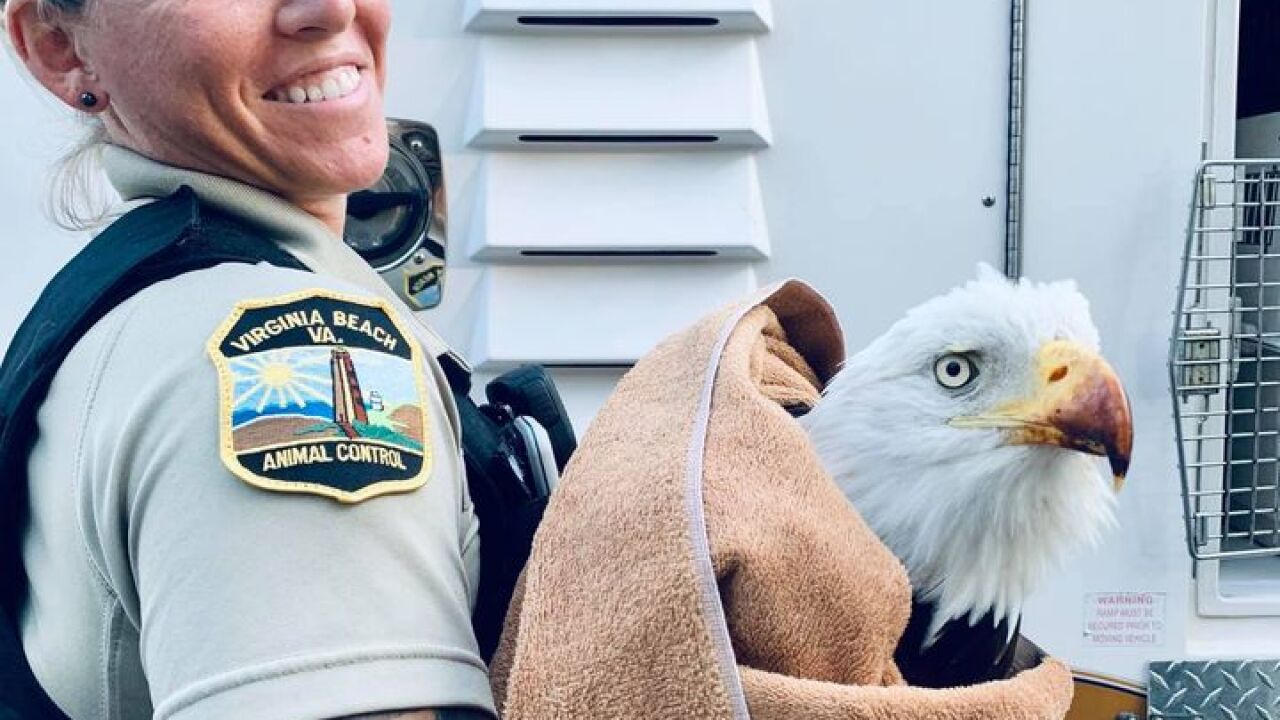 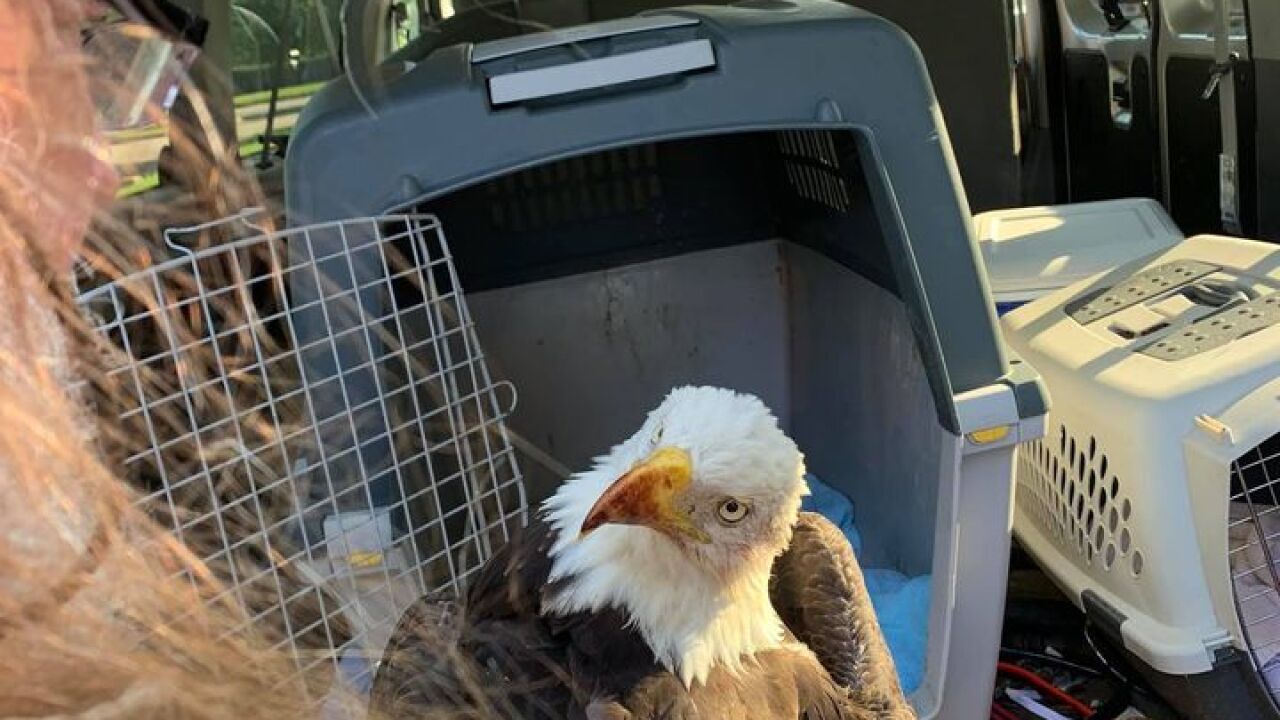 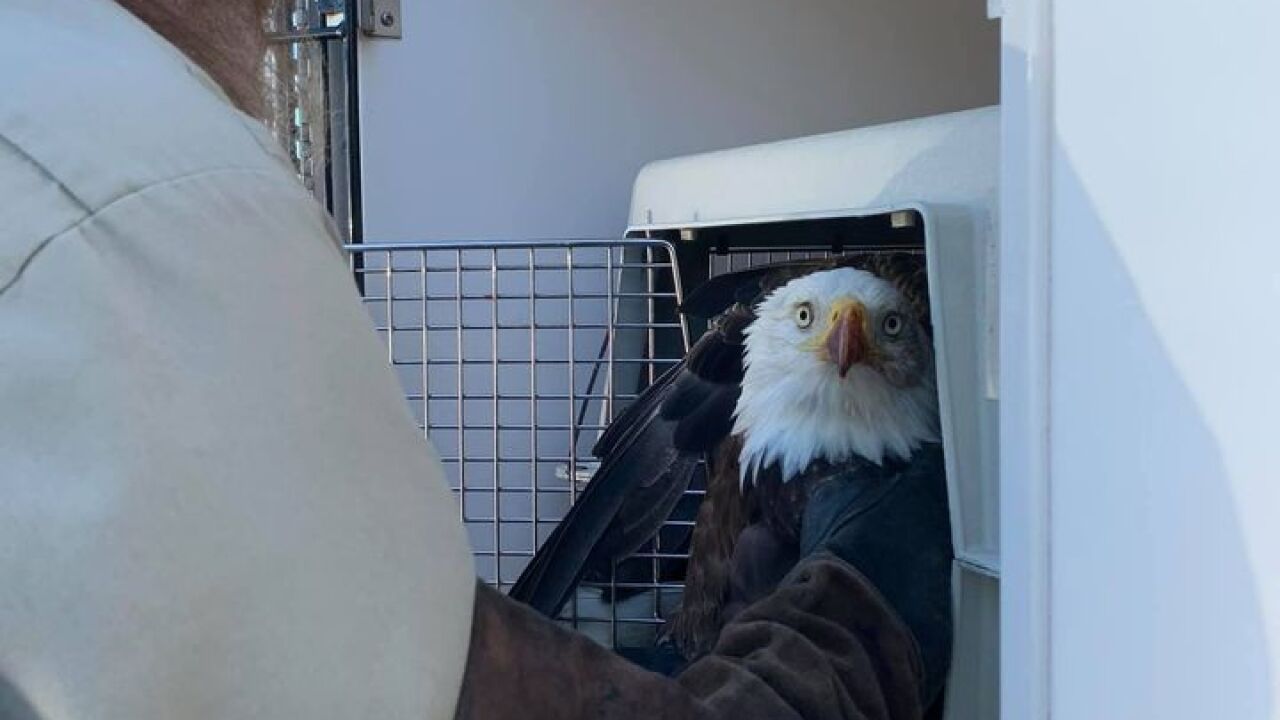 VIRGINIA BEACH, Va. - A Bald Eagle was rescued from a neighborhood after being found with an injury.

Virginia Beach Animal Control posted on Facebook saying they were called about the Eagle and they were able to determine that it was injured when officers arrived.

The injury was preventing it from being able to fly, Animal Control said.

After looking over the Eagle, it was determined by a "rehabber" that an X-ray was needed for the severe injury.

Animal Control said they will post an update once they hear back on how the Eagle is doing.