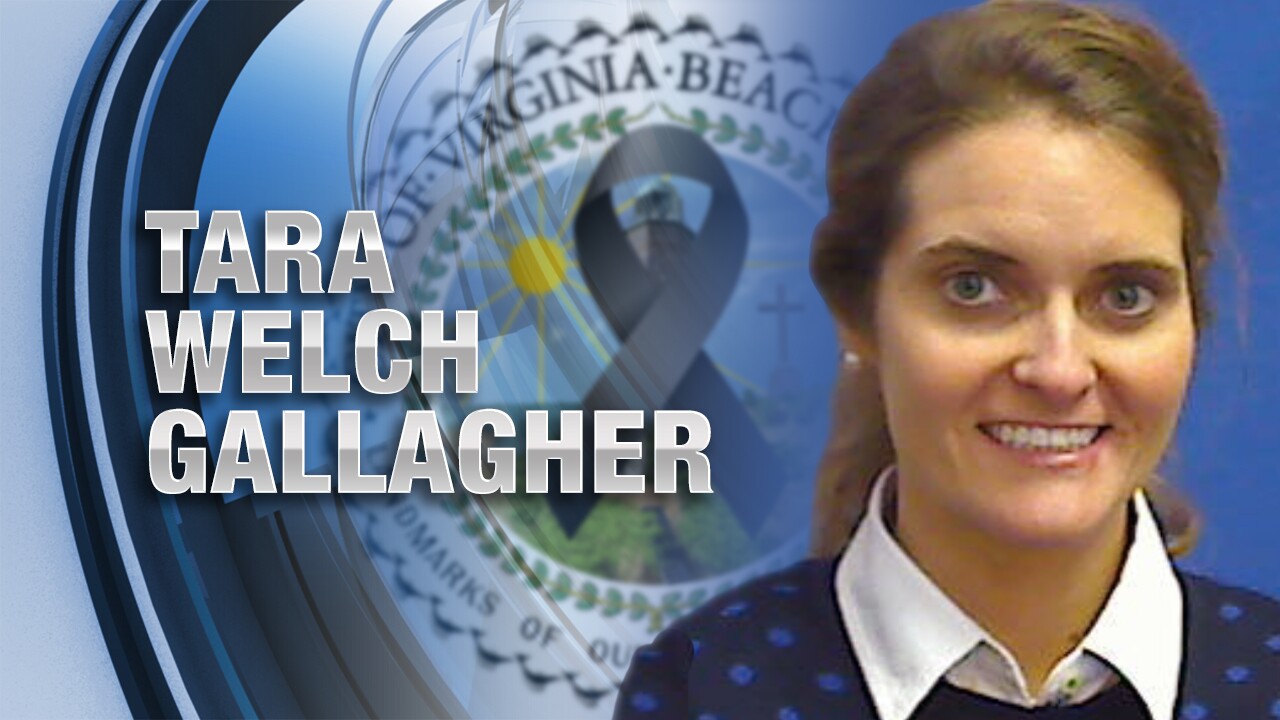 HAMPTON ROADS, Va. - One year after the tragic shooting at the Virginia Beach Municipal Center took her life, one local foundation has named a scholarship in her honor.

The Hampton Roads Community Foundation has renamed an environmental scholarship it administers to honor Tara Welch Gallagher, an engineer for the City of Virginia Beach's Public Works Department who lost her life in the mass shooting on May 31, 2019. Gallagher received the scholarship for the 2002-03 academic year while earning her master’s degree in environmental engineering from Old Dominion University.

Gallagher was one of 12 people to lose their lives in the shooting, which also injured four others.

“One of HRSD’s strategic focus areas is inspiring people to pursue environmental careers,” said HRSD General Manager Ted Henifin. “The environmental scholarship is an important part of that strategy. Tara Welch Gallagher, a past recipient, was the perfect example of how that strategy was envisioned to benefit HRSD, the Hampton Roads region and the environment. Tara applied her knowledge, talent and passion to improving local water quality – exactly what HRSD was created to do. As Tara embodied our strategy so well, renaming the scholarship – connecting our strategy to her wonderful example – seems so fitting.”

The Hampton Roads Community Foundation is the largest grant and scholarship provider in southeastern Virginia. Its mission is to make life better in Hampton Roads through leadership, philanthropy and civic engagement. Because of generous donors from all walks of life, since 1950 the community foundation has provided more than $301 million to improve life in the region. Click here to learn more.