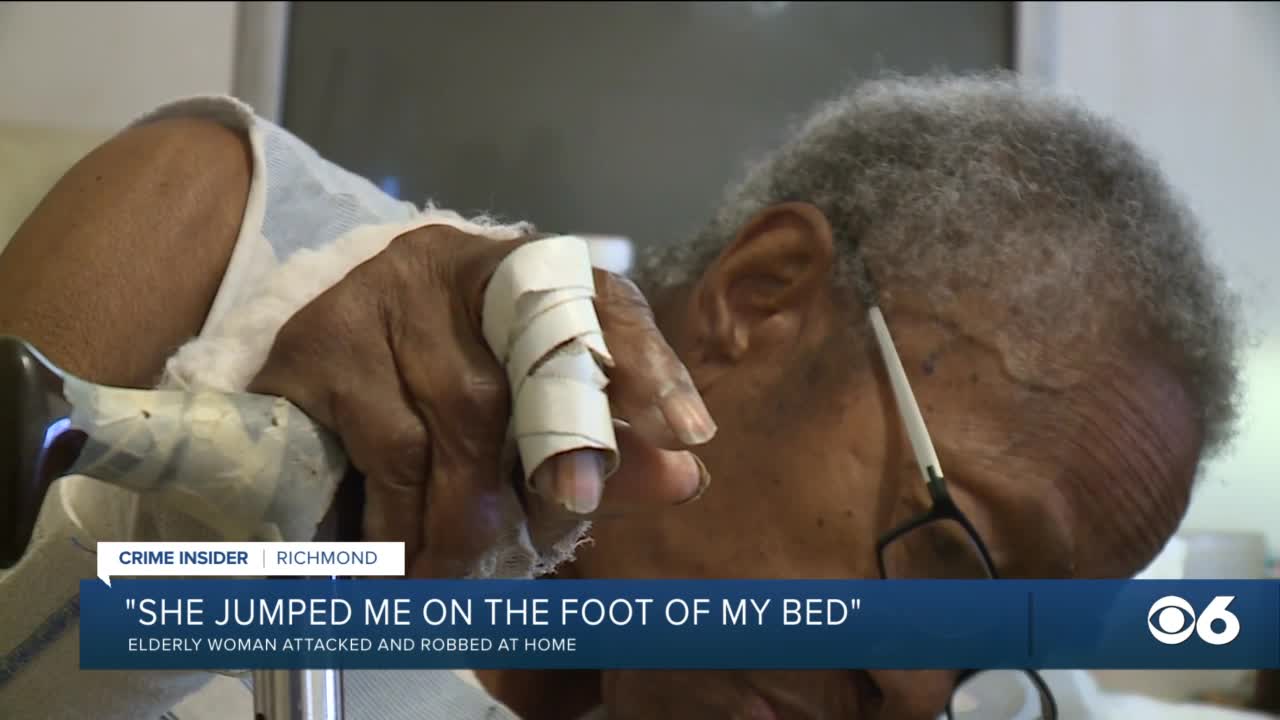 RICHMOND, Va. -- Hattie Jones may be 91, but apparently, she’s feisty. Jones said a woman who used to live a few doors down attacked her in her bedroom last week with a bread knife.

Police said that woman, Patricia Powell, is a person of interest in Jones' robbery case.

"She jumped me on the foot of my bed and I had this great long knife," said Jones Tuesday. "She grabbed at my pocket and I grabbed her. She reached for the knife and we started to tussle."

Jones said it was about 9:30 in the morning on the city's Northside, way too early for a struggle over a few hundred bucks.

She tells me Powell, known as “Juicy,” kept grabbing at her pockets to steal money from a check she had just cashed to pay her monthly bills.

Jones had to be stitched up on both hands and arms as she was sliced around her thumbs and wrists.

She said it's made for a difficult few days and that it's hard to bathe and feed herself with both hands wrapped up, but she's managing.

"This one here feels kind of terrible,” she said, pointing to her left hand. “But this one they say I was lucky because they thought I had cut the tendons, but I can still move them. I have a whole bunch of stitches in here."

As of late Tuesday, police had not located Powell.

If you know where she is, call Richmond Police.