Police: Newport News man held school employee against their will, before trying to hijack bus 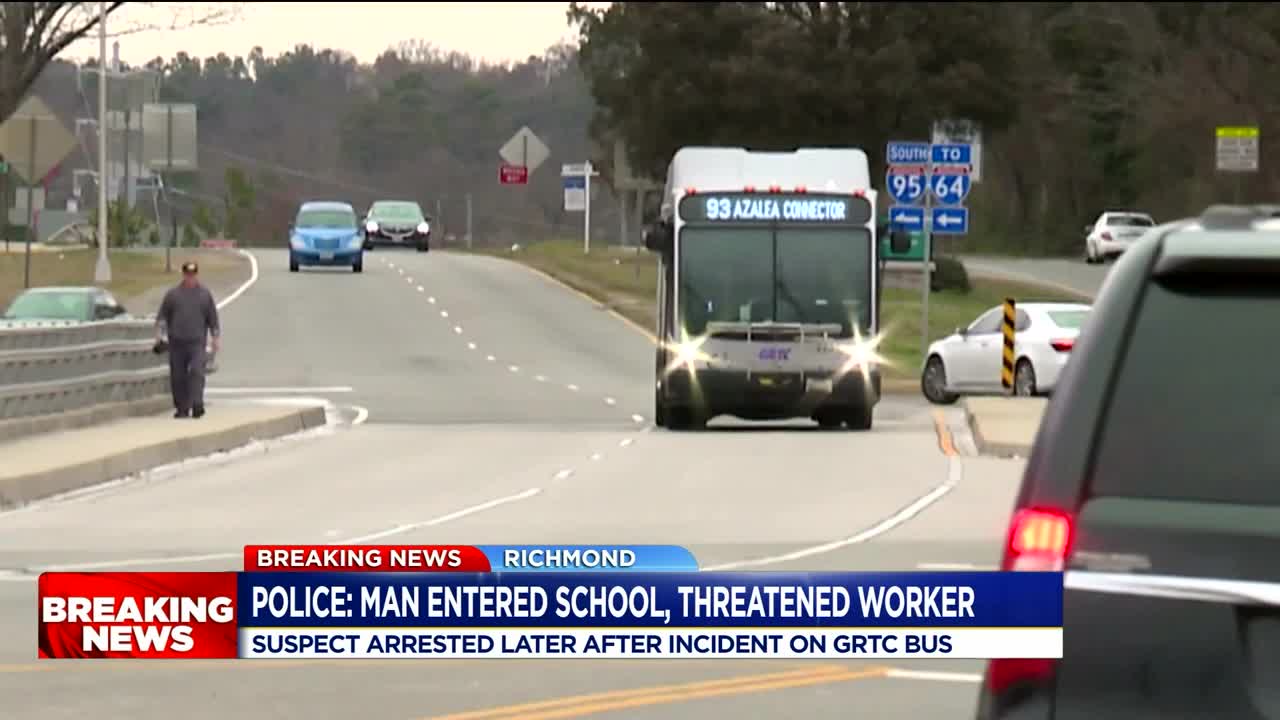 A Newport News man has been arrested after police say held a Richmond school employee in a classroom against their will, before trying to hijack a GRTC bus. 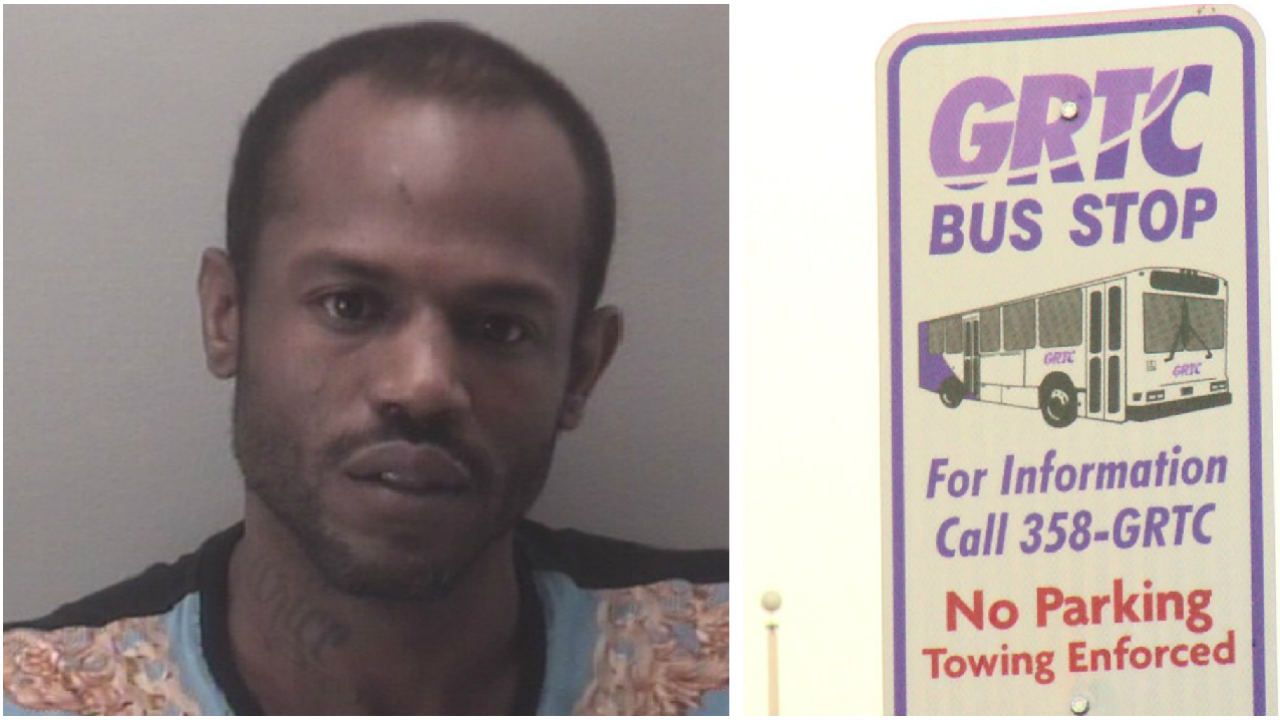 HENRICO COUNTY, Va. -- A Newport News man has been arrested after police say held a Richmond school employee in a classroom against their will, before trying to hijack a GRTC bus near the Richmond/Henrico line Monday morning.

Frink is accused of shutting the classroom door and preventing a school employee from leaving, against their will.

Police say they were no students at the school at the time of the incident.

Frink eventually exited the building — and about thirty minutes later a GRTC bus driver reported him acting erratically aboard Route 93 — at a stop one mile from the school.

At approximately 8:09 a.m., Richmond Police responded to a call for a man behaving erratically on a GRTC bus at Brook Road and Azula Avenue.

Police say Frink entered the bus and demanded the driver go in a direction what was not on the route, all while acting like he was in possession of a firearm. No firearm was displayed during the incident.

When officers arrived, they discovered that Frink fled the bus into Henrico County. Henrico County Police were notified and apprehended Frink a short time later.

Frink has been charged with abduction related the incident at Ginter Park Elementary. Frink lives in Newport News, according to police. It’s unclear what if any connection he has to the school.

Police say charges related to the GRTC incident are still pending but have not been officially filed yet.