Police have identified a body found in a Chesterfield landfill 34 years ago as 16-year-old Christy Lynn Floyd. Now police are working to figure out who killed the Richmond teen. 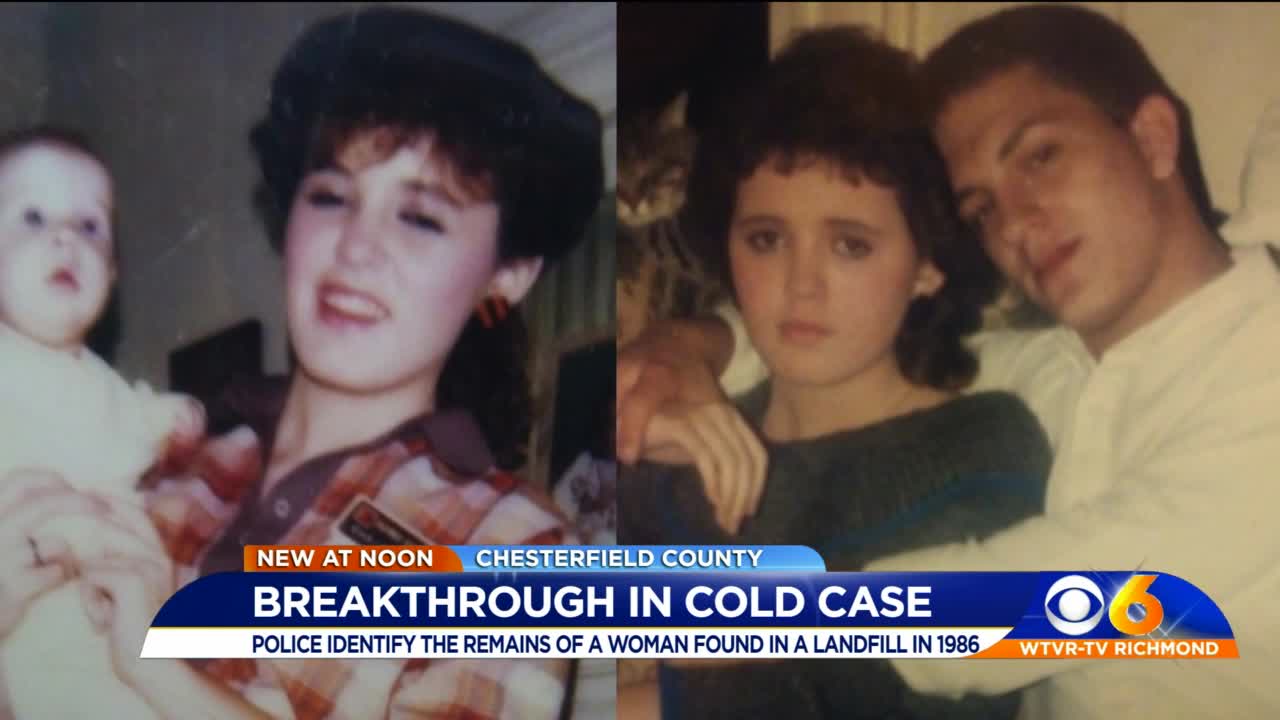 CHESTERFIELD COUNTY, Va. -- Police have identified a body found in a Chesterfield landfill 34 years ago as 16-year-old Christy Lynn Floyd. Now police are working to figure out who killed the Richmond teen.

Floyd lived along the 2300 block of West Grace Street in Richmond when she disappeared.

Workers dumping trash from the School Street transfer station in Richmond at a Chesterfield landfill found her remains on August 7, 1986. The Medical Examiner's Office later ruled her death a homicide.

And about two weeks before she went missing, Christy Lynn started seeing a new boyfriend that she had met at the Hardee’s where she worked at Broad and Boulevard.

Floyd ran off the night before her disappearance with that boyfriend, but his family brought her back the next morning.

Atkins says she remembers going to get her sister some breakfast that morning.

No one in the family can remember that boyfriend’s name and the original report on her disappearance from Richmond Police can’t be found.

"Investigators are releasing several pictures of Floyd, including a photo of Floyd with a male friend whose identity is unknown. Detectives are working to identify this male," a Chesterfield Police spokesperson wrote in an email. "Anyone with information regarding this investigation, including the identity of the unknown male, is urged to contact the Chesterfield County Unsolved/Major Investigations Group at 804-717-6024."

"A portion of the remains was sent to DNA Labs International, which developed a DNA profile of the unknown victim," the police spokesperson's email continued. "Last year, detectives in the department's Unsolved/Major Investigations Group sought the services of Parabon NanoLabs, a DNA technology company in Reston, Va., that specializes in DNA phenotyping, which is the process of predicting physical appearance and ancestry from unidentified DNA evidence, and genetic genealogy."

"Parabon submitted a genetic profile to a public genetic genealogy database for comparison in hopes of finding individuals who share significant amounts of DNA with the unknown subject," the police spokesperson continued. "These genetic matches served as clues to inform traditional genealogy research: first, family trees of the matches were constructed back to the set of possible common ancestors using a variety of public records including public family trees, obituaries and newspaper archives, after which descendancy research was employed to enumerate the possible identities of the unknown subject."

Eventually, Chesterfield detectives approached a possible family member of the victim who provided police with a DNA sample.

DNA Labs International used that sample to confirm the recovered remains were those of Christy Lynn Floyd.