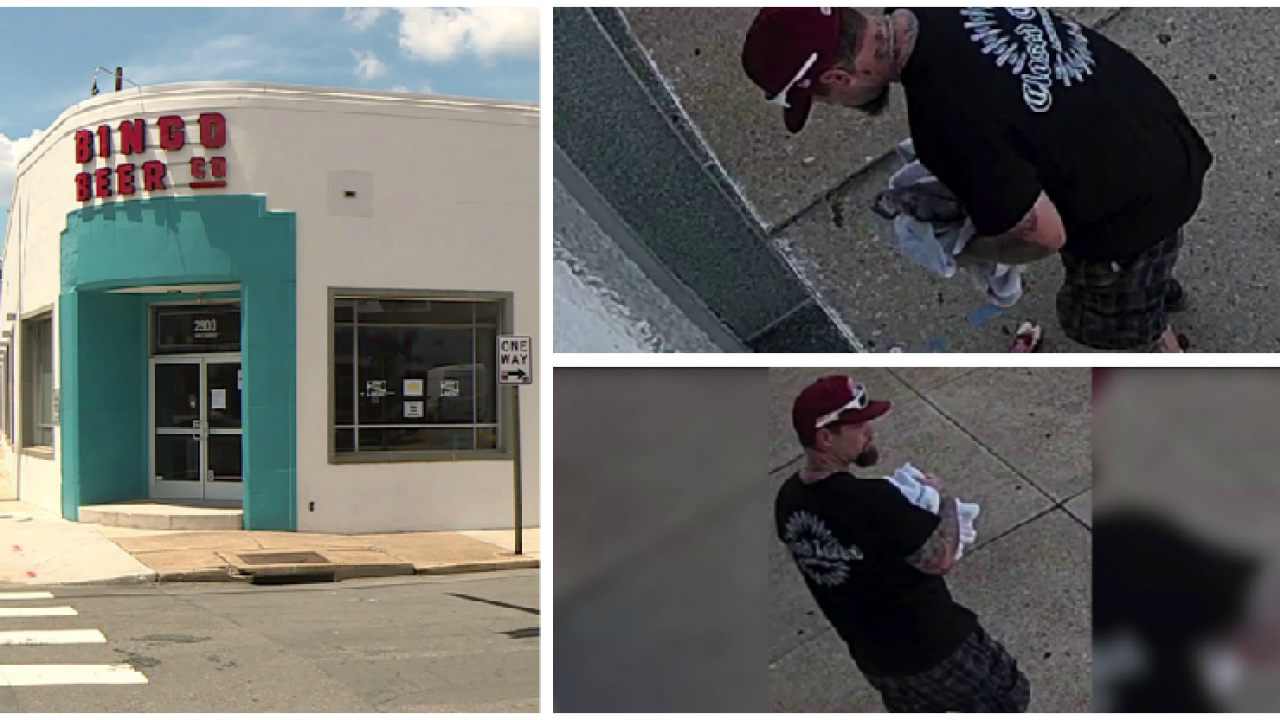 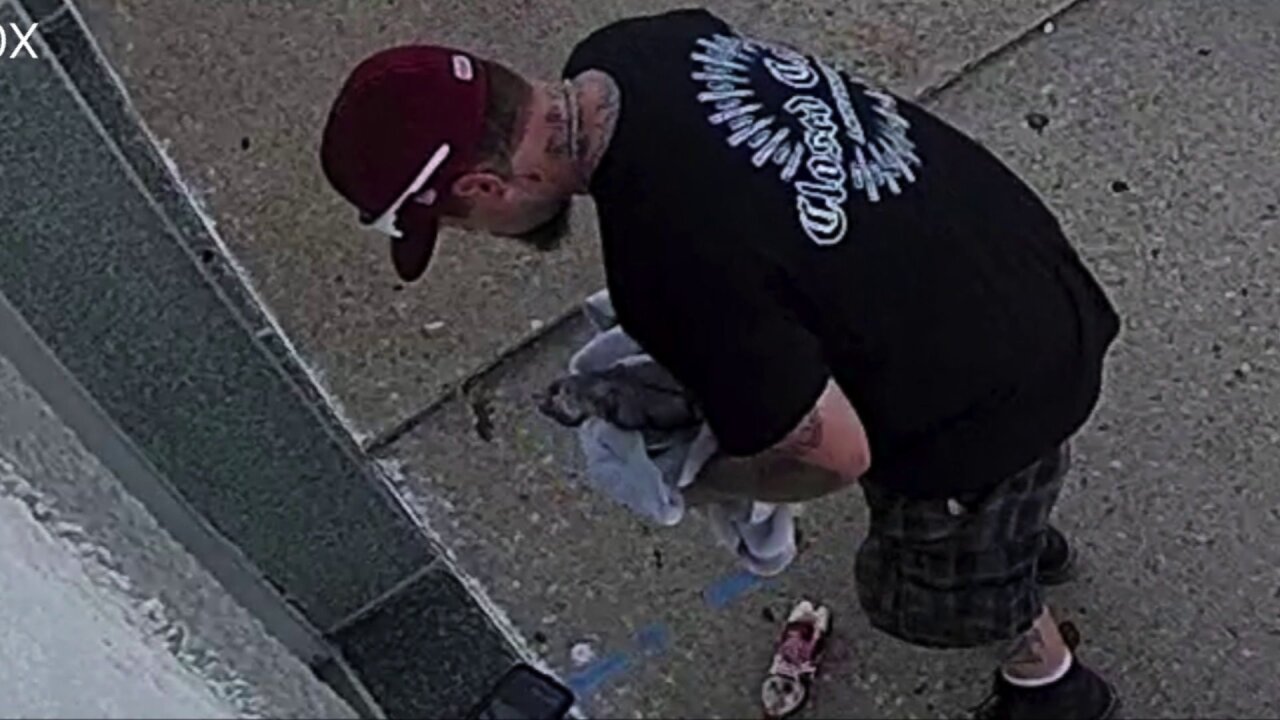 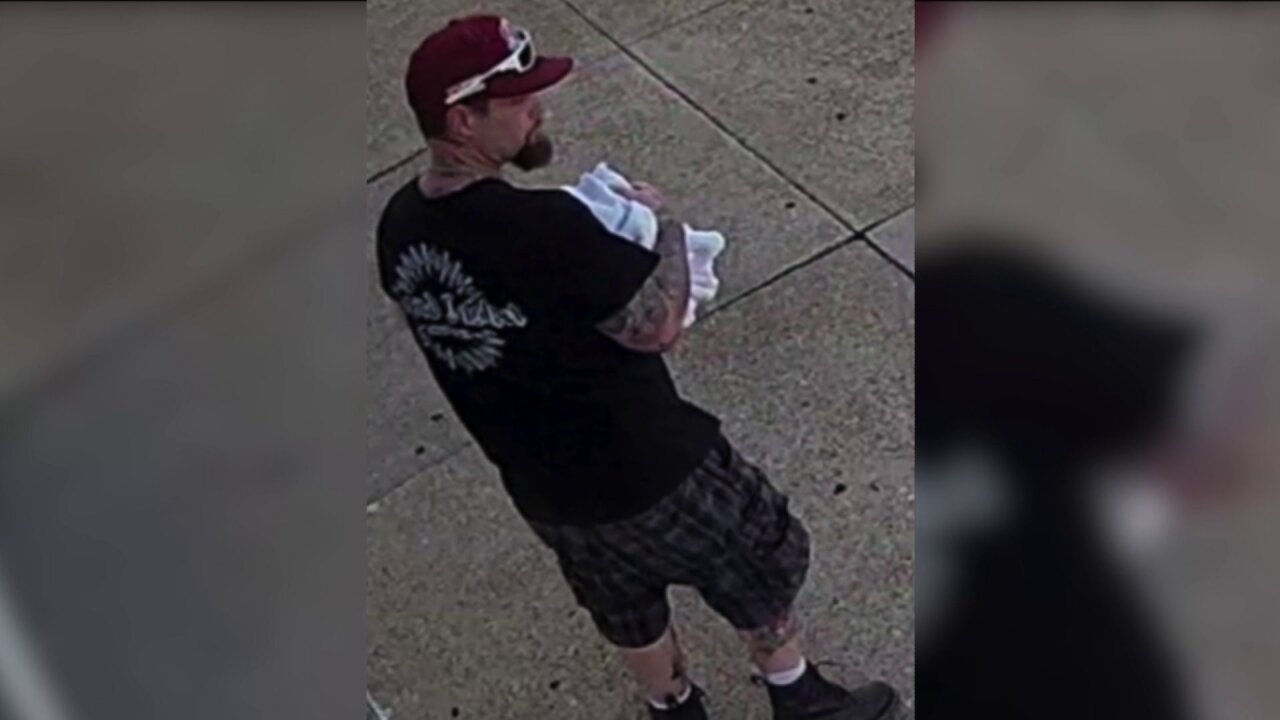 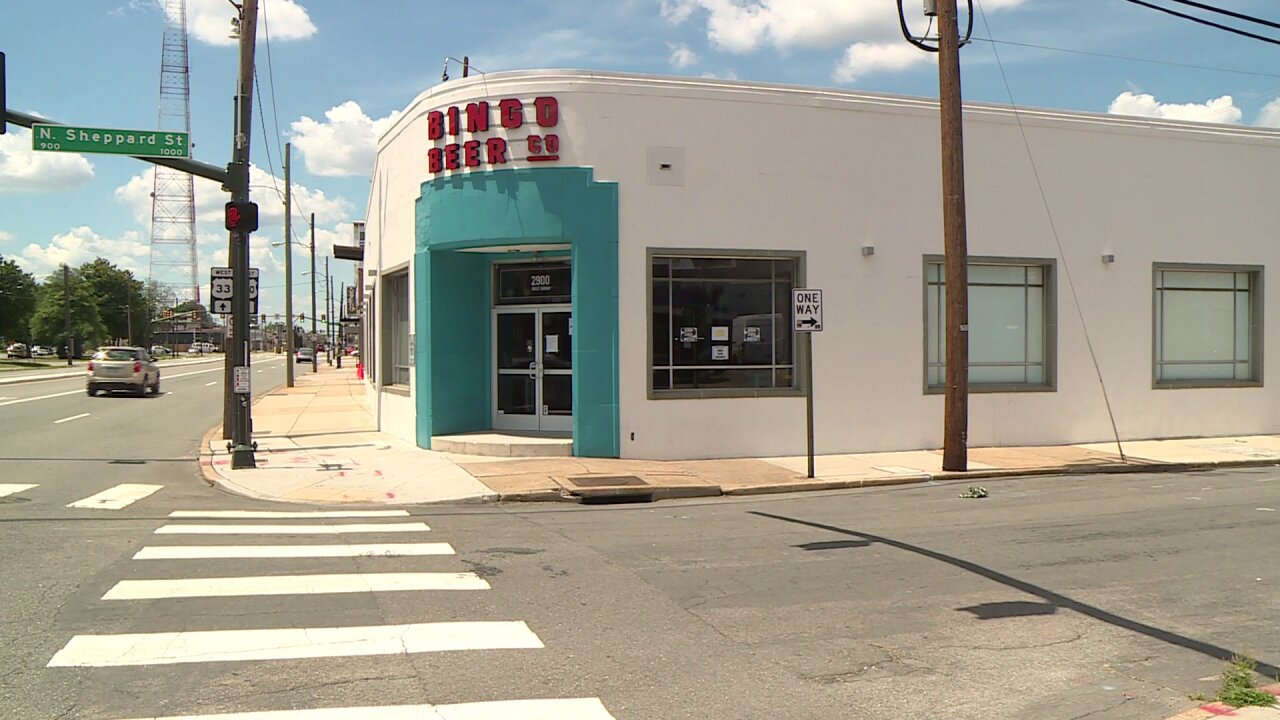 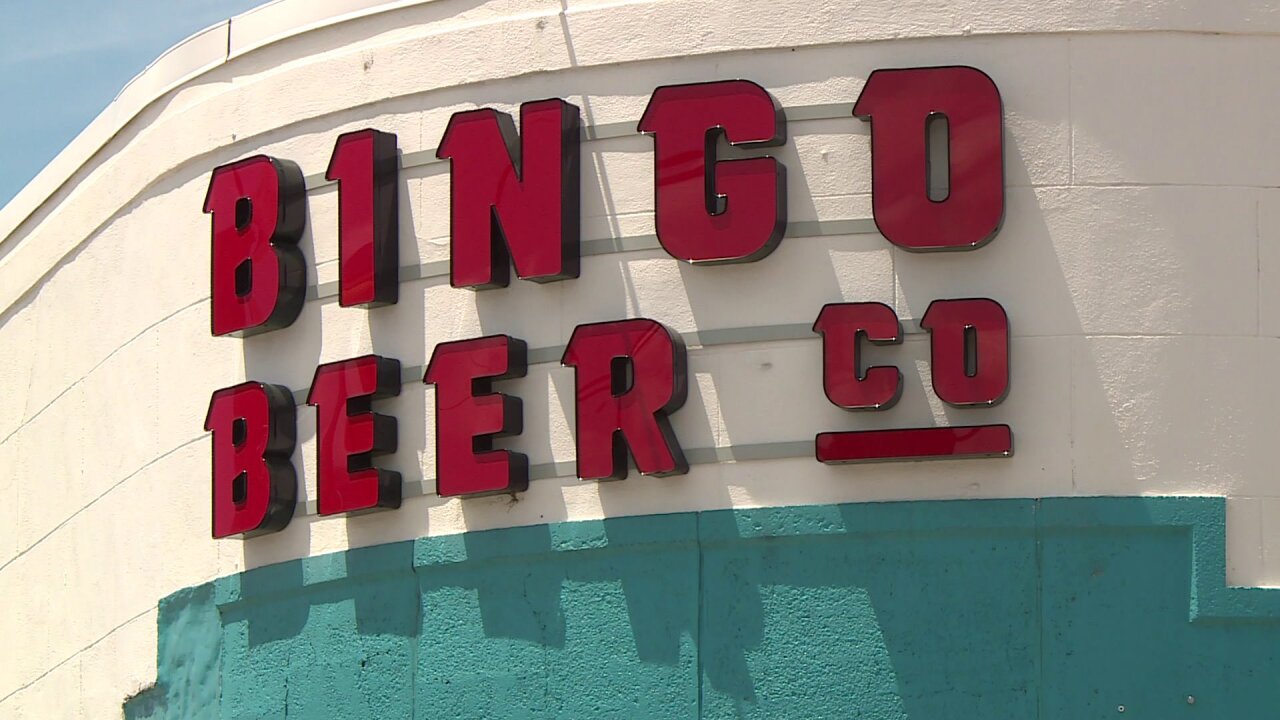 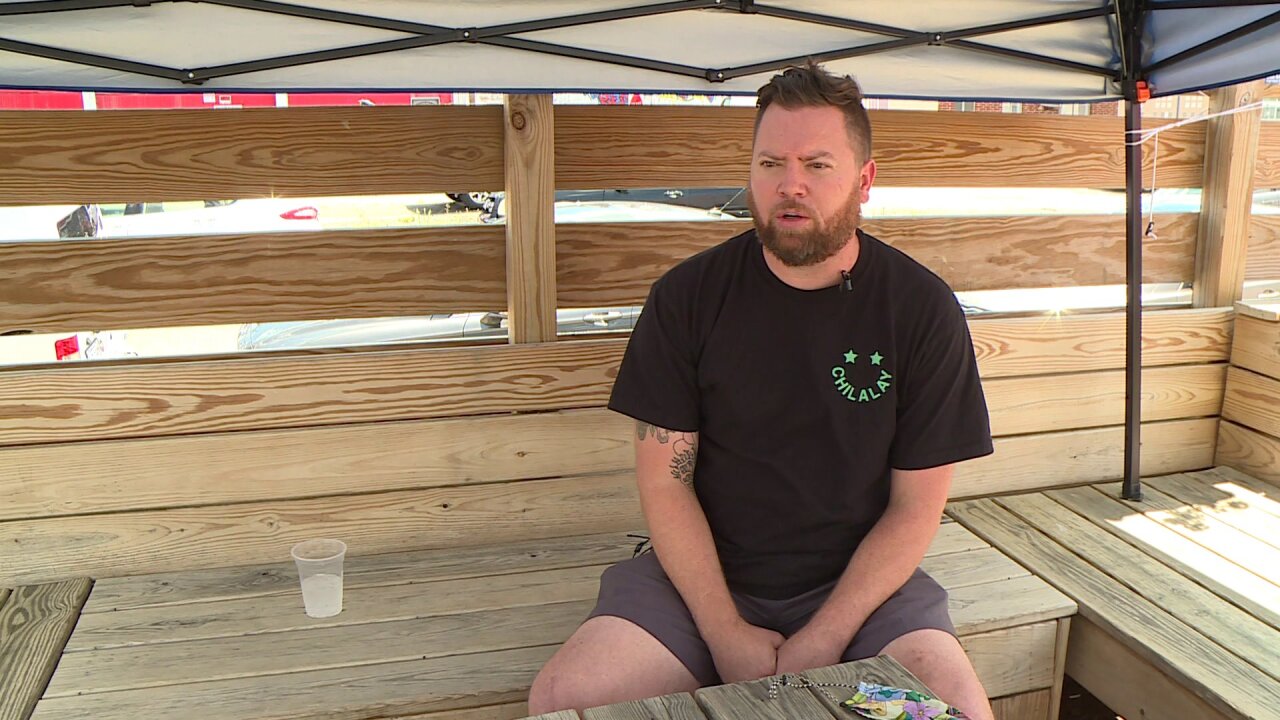 RICHMOND, Va. -- A man spray painted swastikas and a white supremacist message on the walls of a local beer company Sunday morning, and the owners of the Scott’s Addition venue said they reported the incident of hate speech to Richmond Police and the FBI.

“I was just disgusted with it,” Bayer said. “Just felt for everybody who had seen it, and how that made them feel... to see this, clear terrible hate speech, it was just very hard to believe, so I just went and found the first can of paint that I could.”

In every window at Bingo, signs reading “Black Lives Matter” and “Solidarity: March for Black Lives” are taped up for the public to see as they walk or drive by the business. Bingo is not exactly sure why they were targeted, but surveillance images captured the man who they say carried out the vandalism.

Around 8 a.m. Sunday, the man is seen walking into the frame, standing for a few seconds while looking at what appears to be a phone, and then spray painting the walls where the racist graffiti was found, according to Bayer. He said the man appeared to try and hide the spray paint can with a towel while carrying out the vandalism.

“Very clearly, the person walks literally right into the field of the one of our security camera right on Broad Street,” Bayer said. “We’ve contacted the FBI and RPD to make complaints.”

Images of the man involved were circulated on social media Sunday afternoon, many asking for help identifying him.

An RPD spokesperson confirmed the department is investigating the incident.

“At approximately 2:15 p.m. on Sunday, June 28, officers received a report of paint vandalism on a wall of a business in the 2900 block of West Broad Street. Detectives are investigating and have information that the vandalism occurred earlier that morning, at approximately 8 a.m.” RPD said in a statement.

Bayer said the response from the community since he posted the surveillance images online has been telling, especially in the former capital of the Confederacy.

“Greater systemic issues are far more difficult and take so much more time to root out and create real change within. But an action like this, you can say no immediately and show that this is unacceptable,” Bayer said. “No one wants this kind of action, this kind of person, in our community. It’s not what Richmond is anymore.”

CBS 6 has images of the vandalism, but we are not publishing them because they are symbols of hate.