Richmond officer on leave after 'incident' with protesters; mayor calls for 'full investigation' 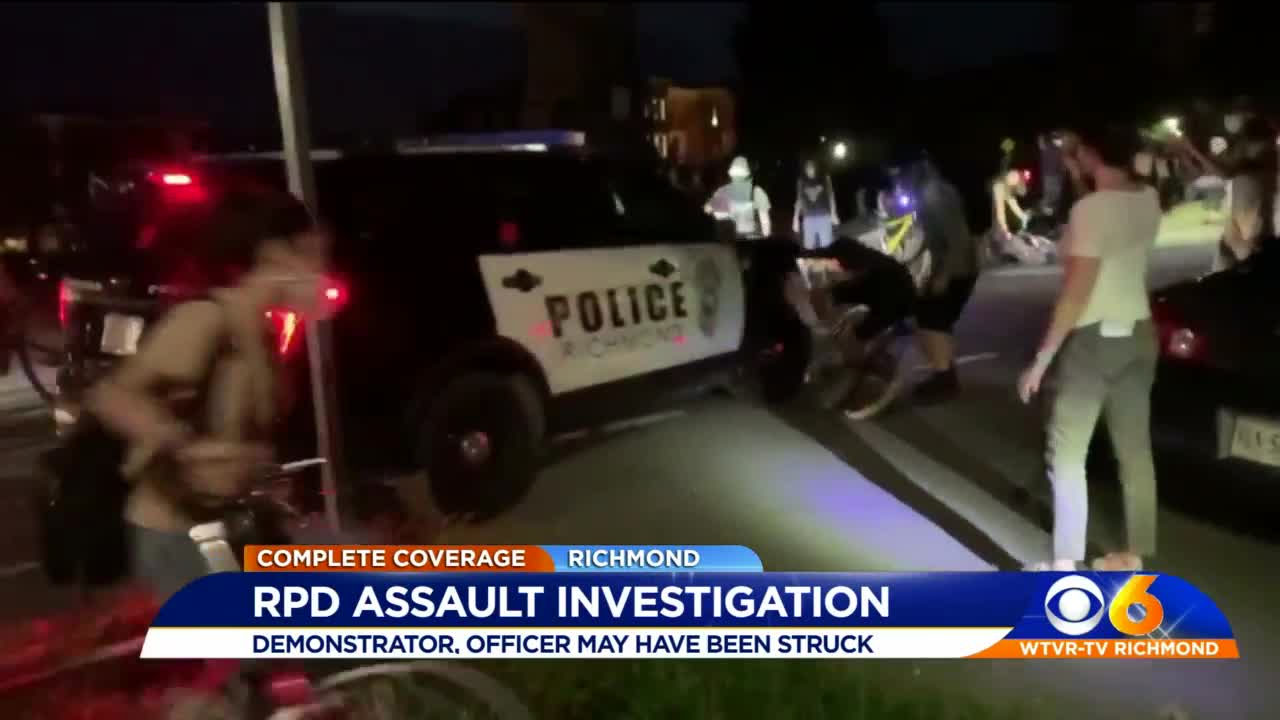 Richmond Mayor Levar Stoney is calling for a "full investigation" after an incident involving a police officer and demonstrators near Monument Avenue Saturday night. 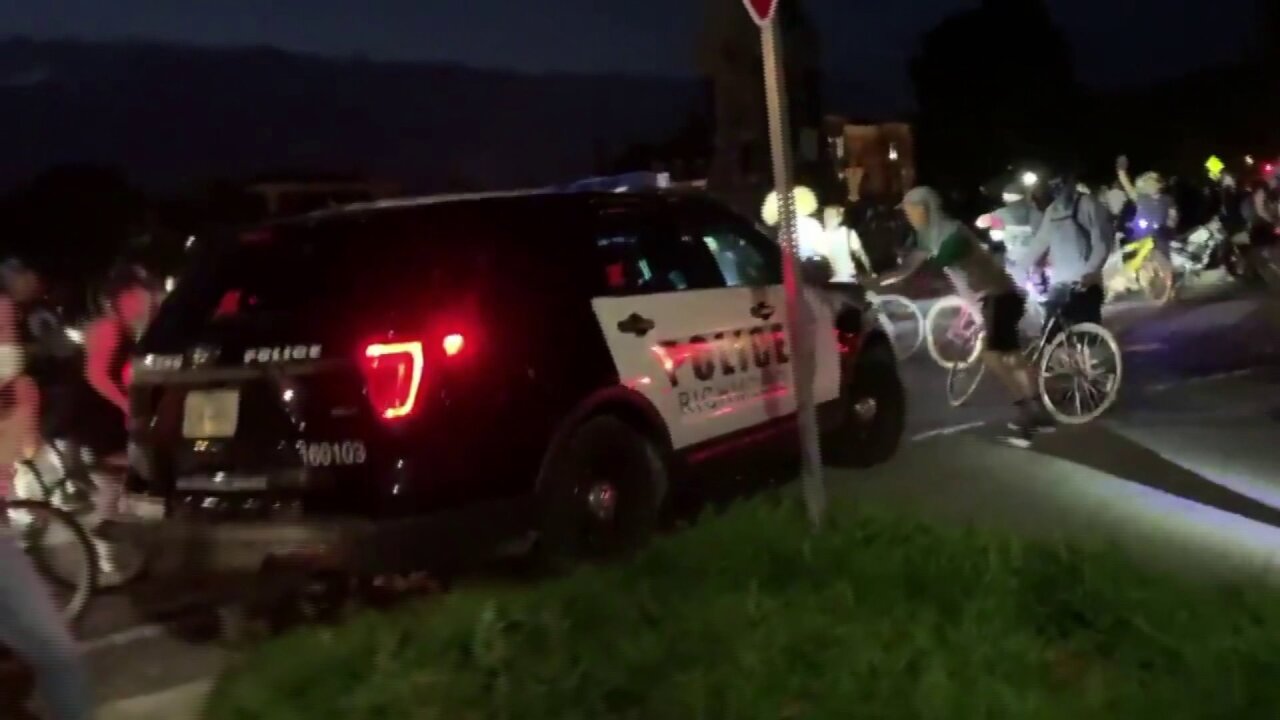 RICHMOND, Va. -- Richmond Mayor Levar Stoney is calling for a "full investigation" after an incident involving a police officer and demonstrators near Monument Avenue Saturday night.

"I have spoken with the Commonwealth’s Attorney and have requested she investigate and expedite this review, along with several other cases from the past two weeks," Stoney said.

Additionally, the mayor said the officer involved has been placed on administrative leave pending the outcome of the commonwealth’s attorney's investigation.

While the investigation is underway, I have instructed the Richmond Police Department to place the officer involved on administrative leave pending the result of the investigation by the Commonwealth’s Attorney. 2/2

Police said the "incident involving an RPD police vehicle" happened in the 400 block of N. Allen Avenue around 9:30 p.m.

Video posted to social media shows an officer stopped near the intersection with people on bicycles stopped in front of the police SUV.

That's when the officer made a turn, drove across a curve and attempted to merge back onto the road. But demonstrators swarmed the vehicle and blocked the officer from moving.

Video also showed one person throw an object at the SUV's window before the vehicle drove through the crowd.

Police are investigating "reports on social media that a person in the crowd may have been struck," a department spokesperson said early Sunday.

Saturday night's protests, which followed the peaceful 5,000 Man March and RVA Youth Rally earlier in the day, marked more than two weeks of unrest, both in Richmond and nationwide, in the wake of George Floyd's death in Minneapolis.

Anyone with information about the incident was asked to call the police department's non-emergency number at 804-646-5100.

Richmond Commonwealth's Attorney Colette McEachin previously said she will review all allegations of criminal behavior that occurred during demonstrations since they broke out more than two weeks ago.

McEachin said that includes accusations made against law enforcement.

"Our office will review all allegations of criminal behavior, including those brought against law enforcement; and if there are facts to prove a crime was committed, then we will bring the appropriate charges," McEachin said.

At least one person has filed a lawsuit against the four Richmond Police officers who deployed tear gas during last week's peaceful demonstration at the Lee monument.

"Chief Smith just reviewed video of gas being deployed by RPD officers near the Lee Monument and apologizes for this unwarranted action," Richmond Police tweeted Monday night. "These officers have been pulled from the field. They will be disciplined because their actions were outside dept protocols and directions given."

Hundreds of demonstrators have been arrested for various violations.

This is a developing story, so anyone with more information can submit a news tip here. If you see breaking news, and can do so safely, shoot a photo or video and send it to CBS 6. You can also upload photos to our Facebook page or email pics@wtvr.com from your phone.