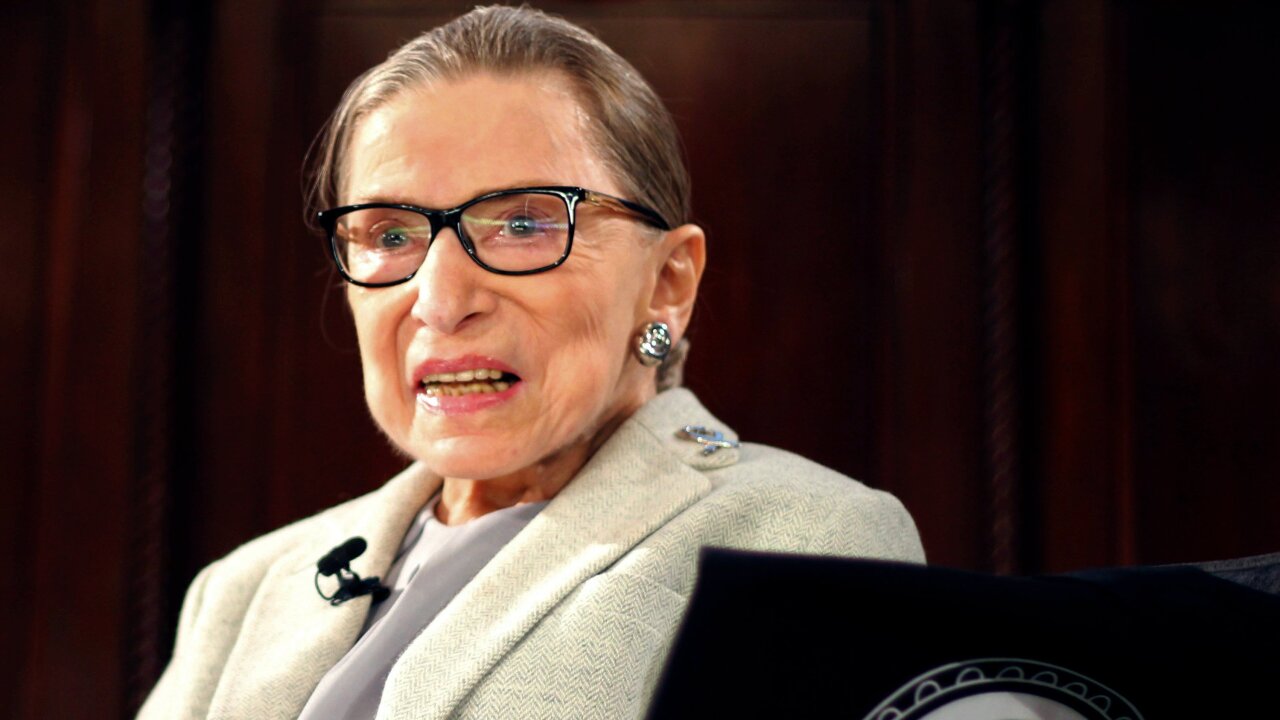 Supreme Court Justice Ruth Bader Ginsburg was discharged from the hospital on Tuesday and is recuperating at home after undergoing surgery.

Just the second woman to serve on the nation's highest court, Ginsburg has served in her seat since being appointed by President Bill Clinton in 1993.

In the wake of her death, a number of politicians from Virginia have offered their condolences. Here are some of the reactions:

It is with the deepest sadness that Pam and I mourn the passing of Justice Ruth Bader Ginsburg. A brilliant legal mind and an unwavering beacon in the fight for equal justice, her loss leaves a tremendous void on the Supreme Court and in our country. May her memory be a blessing.

Quite simply, Ruth Bader Ginsburg was a giant.

My condolences go out to the Ginsburg family, the Court, and the over 300 million Americans who benefit from the more perfect union she brought about. pic.twitter.com/nCqAzRnhKE

Our nation has lost a giant. Thank you, Ruth Bader Ginsburg (RBG), for your life of fighting for our most vulnerable and championing true equality for all. History will remember you as a trailblazer and a voice for liberty and equality. #RestInPeace https://t.co/vKFyP38MRS

We owe Justice Ruth Bader Ginsburg a debt of gratitude for her life and legacy, a true champion for justice.https://t.co/B5brB3CRlL

A champion for equality, a voice for the vulnerable, and a stalwart defender of voting rights, Justice Ginsburg has paved a path to opportunity for so many. Tonight, though we mourn our loss, we must also honor and acknowledge her powerful legacy in American jurisprudence. (2/2)

Today, our country lost one of its true leaders. Rest in Peace, Justice Ginsburg. Her courage, moral clarity, and incisive analysis will be so badly missed. She paved the way for so many in this country and she has inspired generations of women to follow their dreams and make a true difference in the world. She transformed our legal system and worked tirelessly to overturn discriminatory statutes, making our country a more fair, equal, and just place. Her legacy and spirit will live on in every American whose life she impacted and she leaves a massive hole that can never be filled.

I'm thankful for her incredible, trailblazing career and I know I join millions of Americans in wishing peace and comfort to her family during this terribly sad time. She truly made this world a better place.

Justice Ginsburg’s extraordinary courage illuminates every other facet of her brilliant life well-lived.

That courage also lights a path forward for our nation.

Justice Ruth Bader Ginsburg was a pioneer who served our nation with distinction on the Supreme Court for 27 years, serving 23 of those beside her dear friend - but polar opposite - Justice Scalia. She demonstrated that we can disagree on fundamental issues but remain civil.

According to Scripps National News, Ginsburg has been in and out of the hospital for the last several months. Despite her multiple battles with cancer, Ginsburg remained active on the bench and participated in a number of important rulings over the summer.

The day before her death, she was honored by the National Constitution Center, receiving the Liberty Medal.

This story will continue to be updated as reactions from more local politicians come in.