Mix of ships would be manned and unmanned 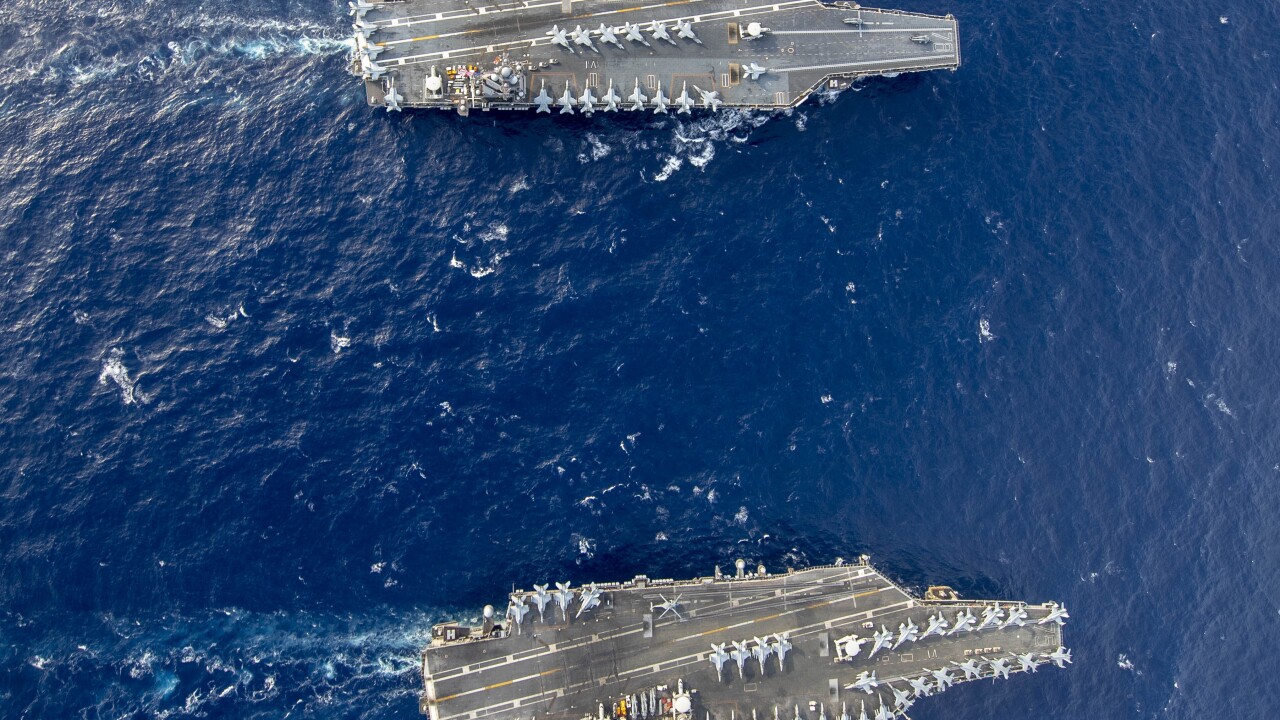 NORFOLK, Va. - Secretary of Defense Mark Esper has rolled out a vision for the Navy's fleet that calls for 500 ships by the year 2045.

Details of Battle Force 2045 were unveiled during a virtual event at the Center for Strategic and Budgetary Assessments last week.

In it, Esper calls for "a more balanced Navy" with both manned and unmanned ships making up the 500 ship count.

Under the plan, the Navy would grow a larger submarine force, especially with attack submarines, in the range of 70 to 80 in the fleet.

"If we do nothing else, the Navy must begin building three Virginia class submarines a year as soon as possible," Esper said during his remarks.

The Battle Force 2045 agenda supports nuclear-powered aircraft carriers, such as those in the Nimitz and Ford classes currently in the fleet, while also calling for new light carriers.

A proposed mix could see between eight to 11 large carriers, and up to six light carriers.

Unmanned surface and underwater vessels could make up 140 to 240 of the 500-ship Navy under Battle Force 2045, with Esper pointing out their affordability in terms of both Sailors and cost.

Still, funding the 500-ship Navy could be challenging.

The Navy has faced numerous cost overruns and delays on major programs in the past decade.

When asked about that during a Pentagon briefing, Undersecretary of Defense for Acquisition and Sustainment Ellen Lord said the Defense Department was looking at several ways to address the problem.

"What we want to do is make sure that we give the Navy flexibility to be able to design contracts that incentivize the behavior from our industry partners that we need to deliver capability rapidly but compliantly with all of our requirements," she commented.

While the 500-ship Navy would take shape by 2045 under Esper's plan, the Navy is hoping to reach the recent goal of increasing the fleet to 355 traditional ships prior to 2035.