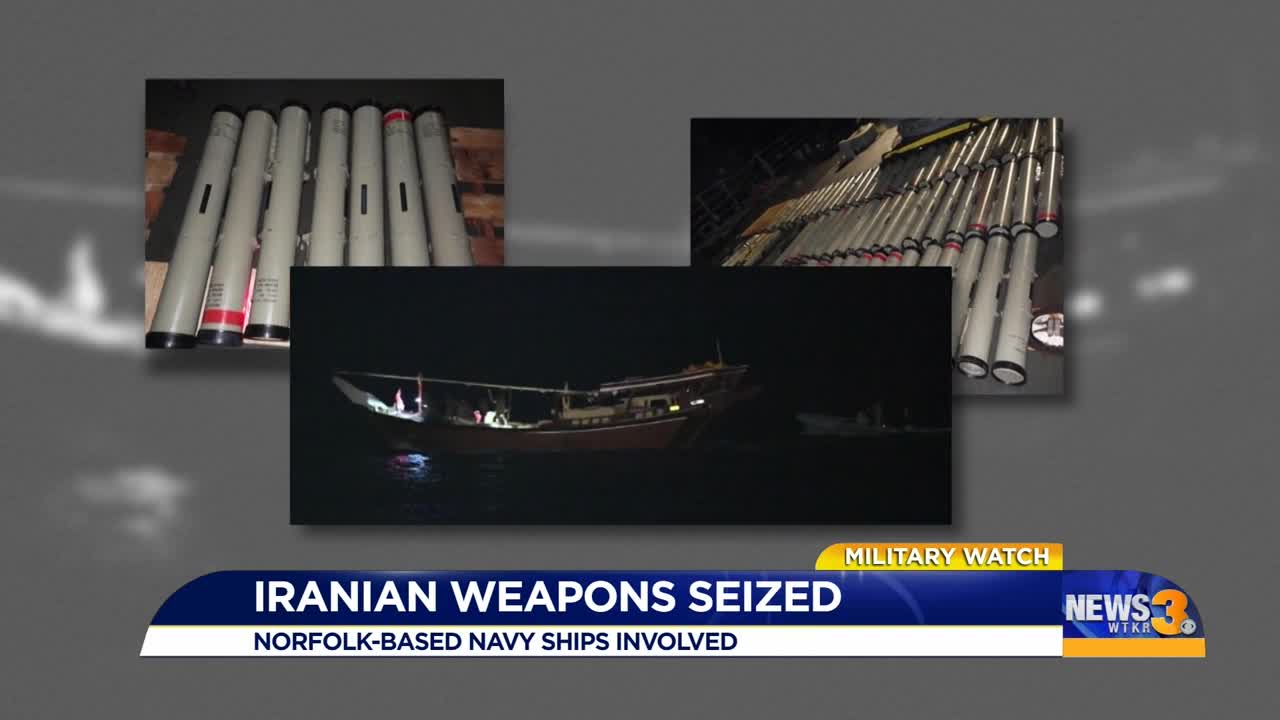 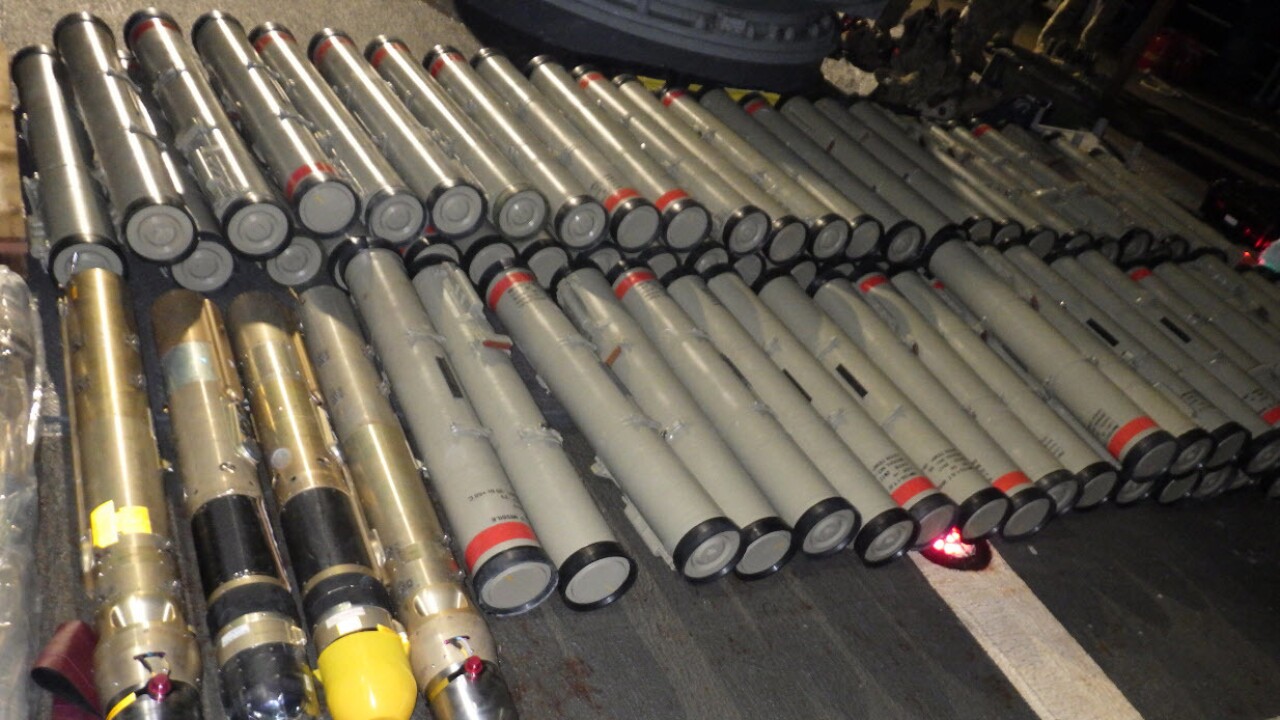 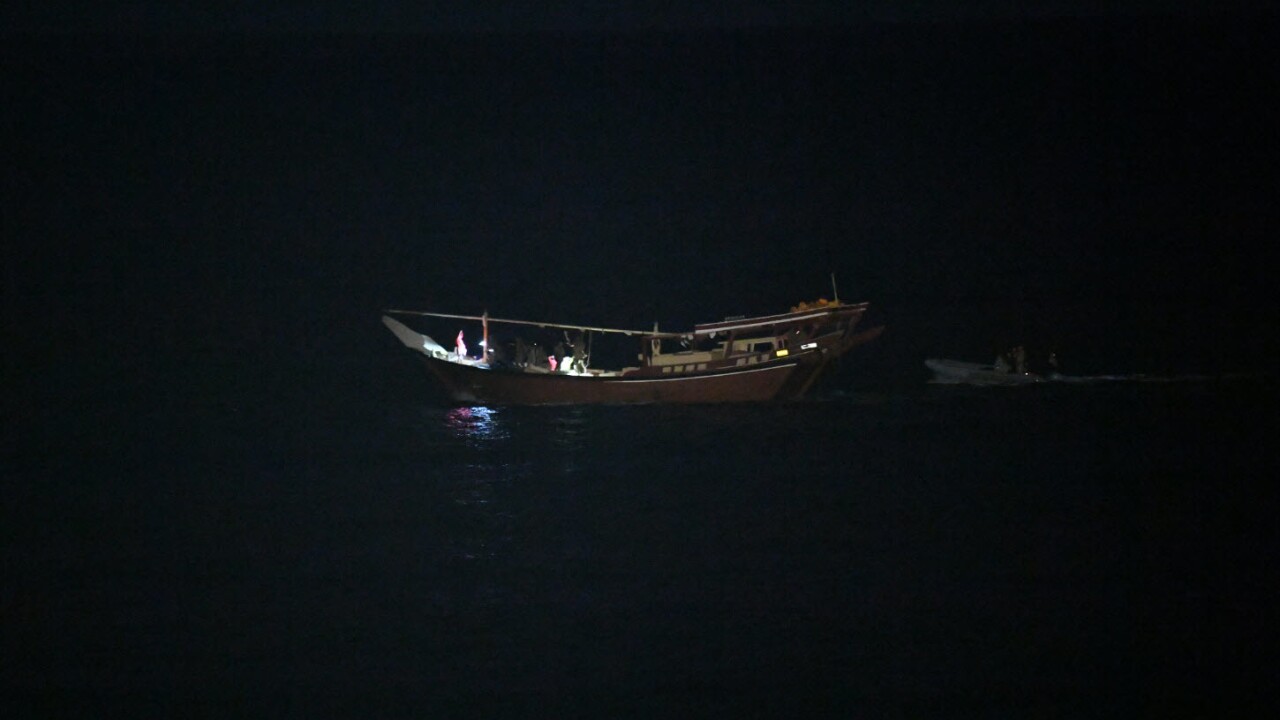 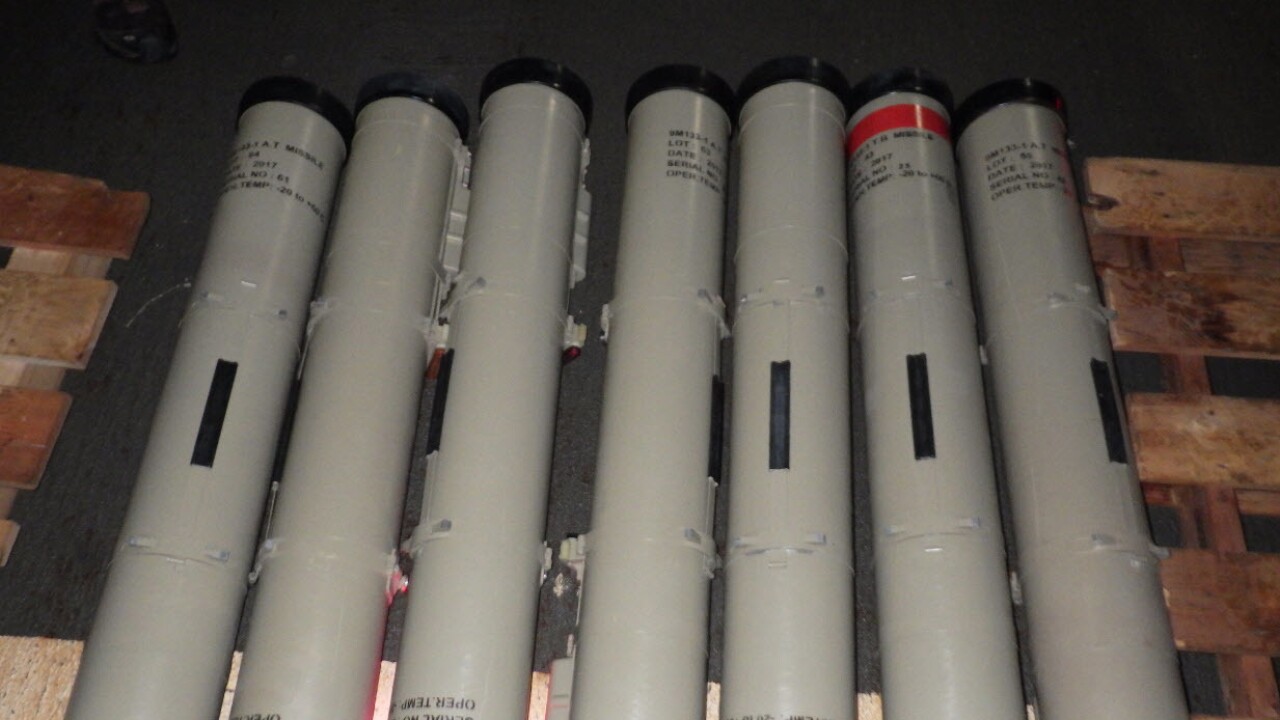 NORFOLK, Va. - Norfolk-based Sailors have been at the forefront of seizing illegal weapons likely made by Iran.

The most recent bust involved the USS Normandy, a cruiser homeported at Naval Station Norfolk.

While conducting maritime security operations in the U.S. Central Command earlier this month, Sailors boarded a dhow, finding a large cache of what are believed to be Iranian-made weapons.

"The boarding team seized the weapons and brought them aboard the USS Normandy for subsequent inspections. The weapons have since been made available for inspections by international partners and organizations," Captain William Urban, US Central Command Spokesman, told reporters during a Pentagon briefing.

The Navy says many of the weapons are similar to another cache seized by the USS Forrest Sherman in the Arabian Sea on November 25th of last year.

In that case, the weapons were determined to have originated in Iran and were destined for the Houthis in Yemen, which violates UN Security Council Resolutions prohibiting the "direct or indirect supply, sale or transfer" of weapons to the Houthis.

International partner nations and organizations have once again been invited to inspect the weapons cache seized by the USS Normandy this month.